Should We Be Worried about Iran's Moves in the Western Hemisphere? 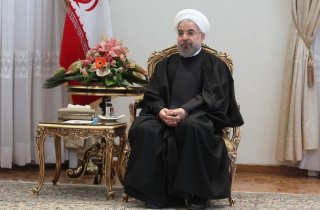 Sometimes, it's difficult to see the forest for the trees. Optimism may currently be running high in Washington that next month's deadline for negotiations will yield some sort of durable deal over Iran's nuclear program. But amid all of the diplomatic euphoria, one aspect of the Iranian challenge has received remarkably short shrift: its expanding presence and activities in our own hemisphere.

This is surprising, given the fact that the Islamic Republic's capacity to threaten the U.S. homeland is comparatively well known. Back in October of 2011, U.S. law-enforcement agencies foiled a plot orchestrated by elements of Iran’s feared clerical army, the Revolutionary Guards, to kill Saudi Arabia’s envoy to the United States in a DC restaurant, using Mexico’s notorious Los Zetas cartel as a proxy.

The event jolted Congress awake to Iran’s growing presence in our own hemisphere. The result was the Countering Iran in the Western Hemisphere Act of 2012, which required the White House to formulate a strategy aimed at neutralizing Iran’s activities south of the U.S. border.

But that approach, when it finally materialized last summer, left a great deal to be desired. Much to the chagrin of Congressional lawmakers, the strategy (authored by the State Department's Bureau of Western Hemisphere Affairs) systematically downplayed Iran's presence in the Americas. Foggy Bottom’s message was abundantly clear: when it comes to Iran in Latin America, there's nothing to see here.

That, however, simply isn't the case. Objectively, Iran's presence in Central and South America is as significant today as it was nearly a decade ago, when the Islamic Republic made common cause with Venezuela's Hugo Chavez in his efforts to erect an anti-American axis in our hemisphere. Although Chavez is now gone, Iran’s partnerships with other “Bolivarian” regimes (most notably Bolivia and Ecuador) remain very much in force. Iran’s new president, Hassan Rouhani, has taken pains to reiterate that the Americas remain at the top of his government’s foreign-policy agenda. And a building wave of leftist politics in the region—from Peru to Honduras to El Salvador to Colombia—may soon net Iran new local partners, and even greater freedom of action.

The U.S. government remains woefully behind the curve in noticing these developments. Since the State Department’s ill-fated study last summer, America’s response has been mostly stillborn—a casualty of partisan jockeying and political gridlock. Thus, despite repeated urgings from Congress, the State Department has still not taken a second look at the issue of Iran’s presence in our hemisphere, and the dissenting views of intelligence agencies and combatant commands remain unaddressed.

That’s the conclusion of a new report just issued by the U.S. Government Accountability Office (GAO). The September 2014 study, released publicly last week, found that the State Department’s strategy failed on a number of key fronts. These include: fully mapping Iran’s “soft-power” initiatives in the region; exploring the connections between the Iranian regime and its proxies and transnational criminal groups in the Americas and laying out a plan to partner with regional nations to better isolate Iran and its agents. As such, it represents a damning indictment of the unserious way in which the U.S. government has tackled the topic so far.

Perhaps that’s because the Obama administration, eager to get to “yes” with Iran over its nuclear program, is willing to gloss over the Islamic Republic’s other troubling activities in its pursuit of a diplomatic deal. Or maybe it is because Iran’s behavior in the Americas—from economic agreements, to cultural outreach, to the quest for strategic resources—is diverse enough to defy easy categorization.

But, as the new GAO study serves to remind us, the Iranian presence in the Americas is clear, and the danger from it is present. We ignore the warning at our own peril.

Ilan Berman is Vice President of the American Foreign Policy Council in Washington, D.C.  He is co-editor, with Joseph Humire, of Iran’s Strategic Penetration of Latin America, just published by Lexington Books.