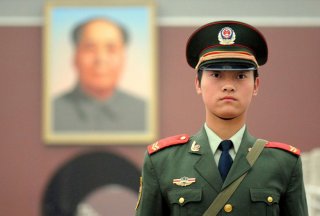 Second, even if China’s ASBMs are completely functional at all stages of their “kill chain,” they could still be defeated completely by foreign countermeasures. Pointing out that the United States has significant countermeasures against China’s ASBM and other missiles, Harry Kazianis describes the DF-21D as more likely to be “a great complicator” than a “game changer.”

Looking forward, China’s new ASBMs are only as effective as the PLA’s ability to actually use them, in conjunction with related systems. With his unprecedented emphasis on ensuring that China’s military will be able to—if necessary—fight and win as its Party masters deem necessary, Xi is working to improve its ability to use newly acquired hardware effectively under realistic conditions. Achieving the necessary enhancement of command, control and integration requires major organizational reform—hence Xi’s announcement that 300,000 troops (likely mostly ground forces) need to be cut.

This will be the fourth round of PLA downsizing and restructuring, following previous efforts in 1985, 1997 and 2002. Each iteration enhanced effectiveness while freeing resources for further development. Yet ground force dominance was left largely untouched; changing that is now prioritized. The outline of reforms now under discussion was outlined in the Third Plenum “Decision to Deepen Reforms” in November 2013—the first time military reform had its own section in such a document, and articulated at a conference Xi held that December.

How might PLA restructuring play out in practice? Clarion calls for major change in official PLA media make it clear that military leaders must prepare to implement reforms expeditiously, but characteristically lack specifics as to where that will take the military. A less authoritative but analytically logical article in Duowei News predicts that reforms will be announced and implemented vigorously after the military parade. It suggests that the PLA will be restructured top-to-bottom to achieve some of the benefits of a U.S.-style military organization, and that China’s current Seven Military Regions will be consolidated and reconfigured considerably. The ground forces will be downsized further and receive their own headquarters to become a subordinate service, while the Navy and Air Force will be expanded. The SAF, which controls land-based Chinese ballistic missiles, including its DF-21D and DF-26 ASBMs, will certainly not suffer any demotion in the process.