The Shutdown Proves One Thing: The Federal Government Should be Smaller 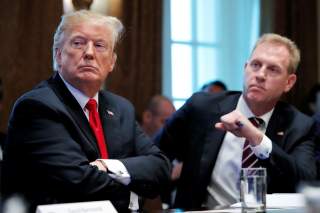 The federal government has become the ultimate Rube Goldberg machine—originally designed for the limited scope of the powers enumerated in the U.S. Constitution, but so overly complicated that it has grown to employ 850,000 nonessential employees. That is the number of employees who were furloughed as nonessential employees in the October 2013 federal government shutdown, according to a report by the Congressional Research Service. To put that in perspective, there are roughly 850,000 people living in the city of Charlotte, North Carolina.

That’s nearly a million employees whose roles are considered nonessential to the administration of the federal government’s responsibilities. There is an entire management discipline called Lean Six Sigma, which focuses on improving an organization’s performance by continuously removing waste that creeps into processes and operations. For example, waste might be an extra form that needs to be filled out or an unnecessary step in a process—or, quite possibly, nearly one million employees who are classified by the Office of Personnel Management as nonessential.

The partial federal government shutdown and furloughing of all those employees spotlights an existential threat to the big government order: the American people cannot only get by with a much smaller government, but they can thrive. Hardworking taxpayers do not need to finance such a large and extravagant government. Most Americans aren’t directly affected by a shutdown because the role of the federal government is limited by the U.S. Constitution—even though a massive and overly complicated bureaucracy has been created to administer it. The big-government order—namely career politicians, public employee unions, and the lobbying and military-industrial complexes—will continue to perpetuate it at the expense of the taxpayer.

The “doom and gloom” narrative of our government shutdowns are pure fiction. All employees receive back pay and major services are still provided. Social Security checks are still sent on schedule and our military is paid. Schools still function without the Department of Education. Law and order continues to be administered without a full complement at the Department of Justice. And we’re still able to fill up our gas tanks despite the Department of Energy operating with furloughed staff. The sun still shines and private sector employees continue to generate economic value for the country, day in and day out.

To anyone who has ever worked an hour in the private sector, the concept of nonessential employees is tough to comprehend. How many employees in your workplace are not essential to its performance? In Fiscal Year 2016, taxpayers spent roughly $215 billion to fund the compensation of federal civilian employees, a figure roughly equivalent to the total market capitalization of a company like Wells Fargo and greater than that of Coca-Cola. Two out of every five government employees currently on the payroll are considered nonessential, costing taxpayers roughly $86 billion annually. Meanwhile the president is asking for just $5 billion for the border wall. Being an employee of the federal government has become synonymous with a cush lifestyle with salaries and benefits that often far exceed the private sector.

President Donald Trump should capitalize on this opportunity to expose how bloated and wasteful our government has become and make a concerted effort at downsizing the government. The president has a once-in-a-generation opportunity to capture this shutdown narrative and drive reform to return the government to its proper size. It’s a herculean task, but if any president is up to the challenge and capable of pulling it off, then it’s the current occupant of the White House who pledged to drain the swamp.

The president should direct each of his cabinet officials to conduct a Lean Six Sigma review of their respective departments/agencies with a focus on nonessential staff positions—along with an analysis of functions being performed outside of the enumerated powers of the U.S. Constitution. Even the Department of Defense should examine its civilian workforce. National defense is arguably the primary purpose of the federal government and the warfighter should always be fully resourced but the number of non-warfighting functions in the Department of Defense has ballooned in recent decades. Each cabinet officer should report back to the president with specific recommendations on how they can remove waste from their departments or agencies. A combination of executive and legislative action should be directed toward this challenge.

In the interim, the president should build the case for change by sharing the shocking statistics of the federal workforce. The same voters who elected in him in 2016 will respond enthusiastically to a message of right-sizing the government, though the DC swamp creatures will surely resist.

Thomas M. Skypek writes on politics and national security. He was a Washington Fellow at the National Review Institute and a Nuclear Scholar at the Center for Strategic and International Studies. The views expressed herein are his own.