Six Myths about the Coup against Iran's Mossadegh 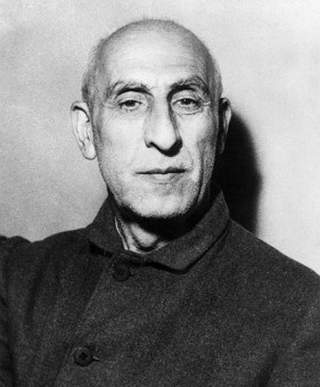 The United States government, namely the CIA, is often blamed for the August 1953 coup removing Iranian Prime Minister Mohammad Mossadegh from power, however a careful examination of older studies, in addition to newly accessible information, reveal that common conceptions of the events and chronology are flawed, despite their prevalence.

One reason why these misconception exist is that many files from US government sources relating to this time period, and in particular to this event, remain classified or are otherwise inaccessible (most CIA documents regarding the events have allegedly been destroyed). Under United States law, special exceptions can be made allowing documents to be classified for 50 or 75 years rather than the normal 25 years. It has now been over 60 years since the events took place. This means that on at least two occasions, the documents have been determined to be too sensitive to release.

More documents regarding this series of events will be revealed later this year, when the State Department’s FRUS (Foreign Relations of the United States) Iran 1952-54 is re-released including newly declassified documents. While imperfect, these documents are the most reliable and most accessible. It is important see these documents (as well as those previously released) in context, and to correct widespread misconceptions about the coup and the parties involved.

These misconceptions are problematic because of how they have engrained themselves into our understanding of the events. The preeminent scholar of Iran, Richard Cottam—who himself lived in Iran for many years and was an employee of the CIA as well as the State Department—wrote in the 1960s edition of ‘Nationalism in Iran” (also included in the 2nd edition published in 1979) that "The distortions of the Mossadegh era, both in the press and in academic studies, border on the grotesque.”

Since this time there have been many new accounts, ranging from Kermit Roosevelt’s fundamentally flawed yet influential memoir ‘Countercoup’, to the scholarly work of Mark Gasiorowski, to Stephen Kinzer’s highly popular “All the Shah’s Men” and the most recent revisionist histories of Dariush Bayandor and Ray Takeyh. Though the academic work is considerably more accurate than that of Roosevelt and Kinzer, there are still significant errors in both traditional and revisionist narratives, which have affected the mainstream understanding of this monumental event.

The United States had no oil interests in Iran (it was the British that did). The primary goal of the Americans was to prevent the spread of Communism, and to secondary was to resolve the dispute as quickly as possible (see National Security Council document NSC 136/1). This is not to say that the United States did not have a vested interest in Middle Eastern oil (e.g. Saudi Arabia), but rather that from the American side, co-opting Iran’s oil interests was not the motivation for a coup. Since at least 1943, US policy had been to develop Middle Eastern oil because North American and Caribbean oil would be easier to defend in war. If anything, a quick resolution was the most important factor to the American; something clearly reflected in their efforts to reach a negotiated settlement.

While Mossadegh was elected to the Majles (the Iranian Parliament) by democratic means (Iran at the time was not a democracy by any means, though some aspects of it were democratic in nature), the office of Prime Minister was nominated from amongst the Majles deputies by the Shah. In turn, the Majles members either voted for or against the nomination (In his initial appointment Mossadegh was approved by a tally of 79-12). Mossadegh enjoyed massive popularity at different times during his political career, but his position as Prime Minister was never due to a nationwide poll (he was PM on two separate occasions).

This is not to say Mossadegh’s position was not legitimate. He was chosen by his constituency to be a Majles deputy, this is indisputable. He was not however, chosen by the Iranian people to be Prime Minister. This also does not account for the fact that the Majles was mostly comprised of feudal landowners, intrinsically opposed to Mossadegh and his populism. Before Mossadegh became Prime Minister, the Iranian public was unhappy with the state of affairs in Iran; Mossadegh with his sincere populism was seen by the Shah as a clever alternative to yet another feudal landowner or military officer. This is also a key factor in Misconception #6.

Misconception #3: The Eisenhower Administration was determined to remove Mossadegh from power from Day 1

One of the fundamental misunderstandings concerns the Eisenhower Administration’s decision to remove Mossadegh from power. A cursory reading of the documents supplied in the FRUS volume concerning Iran, reveals that the President was most concerned with the specter of Communism above anything else. Eisenhower even said in a National Security Council meeting that if he had $500,000,000.00 to spare, he would have preferred to give $100,000,000.00 to Iran so that the financial troubles brought on by British sanctions could be alleviated. Eisenhower was likely influenced by the Dulles brothers (Secretary of State and Director of the CIA), but for a considerable period of time the president opposed a coup. He was afraid of destabilizing Iran and the region, which in his estimation, would inevitably lead to a communist takeover.

Misconception #4: The CIA coup was successful

It is clear from the record that the attempted coup (code-named TPAJAX) which was undertaken on the night of August 15th, 1953, was a dismal failure. Not only did the Iranian military officers fail in their task to arrest Mossadegh, the CIA did not have a backup plan. Even though Kermit Roosevelt claimed to have magically turned the situation around in only 3 days, the circumstances of what really happened between the failed coup of August 15/16 and the successful one of the 19th is highly contentious. How did the situation turn around so quickly, despite the early setbacks including the arrest of pivotal Iranian conspirators such as Colonel Zand-Karimi, the conduit for communicating with Tehran-based commanders? Roosevelt’s version of events is difficult to accept without reservation, not only because of the style and substance of his writing, but also because of his well-known questionable reliability.

Misconception #5: CIA documents corroborate each other

There is an recurrent idea that the CIA is all-powerful, and that classified documents from the CIA are inherently truthful and accurate. Again this ignores the context of the documents. This was the CIA’s first attempted coup, and especially for those involved there was a strong incentive to downplay the failures of the plan and to exaggerate any potential successes. In the various accounts declassified by or leaked from the CIA there are several inconsistencies which calls into question to accuracy of the different accounts.

Perhaps most striking (though ignored in historiographies) are those found in the most recent CIA history ‘Zendebad Shah’, published internally in 1998 and partially released following FOIA requests from George Washington University’s National Security Archive. In this document, it is written that British Foreign Minister Eden “found the Americans much more receptive to the British viewpoint than they had been under Truman and Acheson. The collapse of the Anglo-Iranian oil negotiations had changed the American’s attitude.” These events however, are taken out of chronological order; the negotiations did not in fact collapse until days after the meeting between Eden and the Americans. On the same page the author also wrote that the US administration ‘abandoned the search for a negotiated end to the crisis.’ Without context, this implies that the US broke off negotiations, while in fact it was Mossadegh that did so.

It is unclear if this is poorly researched document, if the person responsible for it made mistakes in his writing, or if the CIA truly does not have a comprehensive understanding of what happened. Of all the declassified CIA documents on the coup, this one is the most recent (there was another document declassified after this one, but it was written decades prior). Is it unrealistic to expect the newest one to be the most accurate?

Misconception #6: Westerners and Royalists were the only ones who wished to remove Mossadegh from power

This is perhaps the biggest misunderstanding of all. While Mossadegh had enjoyed great popularity earlier in his term, his coalition had come under great pressure, and former allies had begun to oppose him. Chief amongst these was Ayatollah Kashani, the speaker of the Majles, and a vital influence for the next generation of politicized clerics, significantly, Ayatollah Ruhollah Khomeini. I personally find it very interesting that the US has not made an effort to publicize these connections. Given the tensions between the governments of Iran and the United States since 1979, one would think that undermining the Iranian clerical leadership through showing the links to the coup would be in the interests of the United States.

During the oil crisis, Mossadegh became very unpopular. Things were so bad that when it was clear that his now fractured party would not gain a majority, he cancelled parliamentary elections. In February 1953 there were mass demonstrations against Mossadegh (possibly arranged for or instigated by foreign agents including the CIA); demonstrations of enough severity for Mossadegh to increase security measures in Iran.