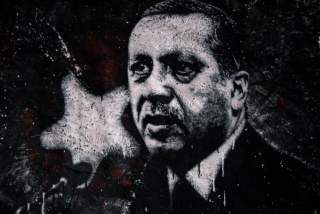 Turks are set to head to the polls this August to directly elect a president for the first time in the country’s history. Until now, the president was elected by parliament. The switch to election by popular vote will change the very nature of the president’s role that, despite holding few constitutional powers, was designed to ensure top-level political neutrality and counterbalance the wide scope of the government’s executive authority. The upcoming elections will upend this institutional quasineutrality, impacting both domestic Turkish politics and the country’s regional role.

Recep Tayyip Erdogan, Turkey’s prime minister since 2003, is the presidential candidate for the ruling Justice and Development Party (AKP). He is being challenged by Ekmeleddin Ihsanoglu, the former head of the Organization of the Islamic Conference, who entered the race as the joint candidate of Turkey’s two largest opposition parties, and Selahattin Demirtaş, the pro-Kurdish People’s Democratic Party (HDP) candidate. But many expect Erdogan to win, given his continued popularity.

An Erdogan victory would be a watershed moment for Turkish politics. His uninterrupted, decade-long rule as the country’s omnipotent top executive will come to an end. The AKP will need to find a new leader and the country will have a new prime minister for the first time in over ten years. Erdogan has made no secret of his plan to introduce a U.S. style executive presidency in Turkey. But after failing to carry out the required constitutional amendments as prime minister, Erdogan, as president, would be forced to establish a modus operandi with the government and its new leadership—at least until he could gain enough support for a constitutional change. The relationship between an Erdogan presidency and the new AKP government is therefore set to be the first critical systemic challenge that Turkey will face after the election.

But Erdogan will leave Turkey’s new government to face a series of more substantive challenges in the areas of domestic governance, economic performance and foreign policy.

Since transitioning to multiparty democracy in 1950, Turkey has gradually worked to improve its democratic credentials. The AKP’s most impressive achievement in this respect is its curbing of the military’s political influence and normalizing the civil-military relationship. Equally important, though still a work in progress, will be a lasting settlement of the Kurdish problem. Turkey has also managed to establish a democratic tradition with a range of now mature institutions of representation including robust political parties, a functional executive, a lively parliament and well-performing local administrations.

But a genuinely liberal democracy needs institutions of restraint to keep the power of the executive in check. A free and independent judiciary, a pluralistic and free media and a vibrant and unthreatened civil society are essential features of such a system of governance. Yet the performance of Turkey’s democracy in these three key areas is starting to erode. While in office, Erdogan viewed elections as the sole instrument of democratic legitimacy, and as a result overemphasized the importance of the institutions of representation to the detriment of the institutions of constraint. This fetishism of the “national will” led to majority rule but proved inimical to democratic progress.

A related and equally important challenge is the government’s ability to tolerate dissent. When leaders identify themselves with the national will, almost every form of opposition, whether violent or nonviolent, tends to be viewed as an illegitimate attack on the elected government. The 2013 Gezi protests were a real test of the country’s democratic maturity. Here, the Turkish government failed. Instead of being celebrated as a colorful demonstration of peaceful dissent, the Gezi protests turned into symbols of polarization and witnessed a heavy-handed police crackdown. To overcome these democratic shortcomings, the main task of the post-Erdogan government will be to reestablish a balance between the institutions of representation and the institutions of constraint, while allowing for a more liberal understanding to emerge on the role of dissent.

Economics has played an important role in explaining Erdogan’s popularity. During his tenure, Erdogan oversaw the continued expansion of the national economy, with per capita incomes increasing from $2,500 to $10,000. A less emphasized but equally critical factor linking Turkey’s strong economy with Erdogan’s popularity is his government’s continuous efforts to alleviate poverty, tackle income disparity and heavily invest in social programs. Yet Turkey’s economic success was achieved under an international economic conjuncture that channeled increasing amounts of financial flows to emerging markets. Instead of using this benign environment to implement difficult but necessary reforms to improve economic productivity, Turkish policy makers were lulled into complacency by the abundant flow of money.

These easy times are over. The end of low interest policy in the United States is affecting financial resource allocations globally. As nominal yields start to improve, financial flows are finding their way back to more mature markets. Because of its overreliance on the availability of cheap capital, Turkey’s economic performance is beginning to suffer. The average growth rate between 2002 and 2011 was 5.5 percent. In the last two years, it has dropped to 3 percent, with year-end expectations for 2014 projected to be only marginally better.

To avoid a protracted episode of low growth and escape the looming middle-income trap, Turkey needs to substantially overhaul its economic vision. The post-Erdogan government will need to create a new narrative outlining Turkey’s economic future in tandem with a serious commitment to previously sidelined structural reforms. Reforming the labor market, reducing the size of the informal economy, increasing the ratio of women in the workforce and redesigning the national education system more in tune with the demands of a globalizing economy will be key to the success of this endeavor. To attract much-needed foreign direct investments, Turkish authorities will be forced to develop a more visible agenda for fighting corruption and for strengthening the rule of law.

Turkey’s new government will also inherit a difficult foreign-policy portfolio. Erdogan’s initial vision to normalize the county’s relationships with its Southern neighbors and to position Turkey as a regional power interested in advancing peace and prosperity by emphasizing economic cooperation and mediation allowed Ankara to gain substantial ground. But Turkish policy makers misinterpreted the extent of the country’s growing soft-power influence by becoming overconfident about their ability to shape regional dynamics.

This misstep was highlighted by Ankara’s reaction to the now largely ill-fated Arab Spring. Turkey adopted highly assertive positions toward neighboring governments who failed to embrace the wave of democratization, particularly in Egypt and Syria, believing that Ankara could force the “right” outcome in these countries through a confrontational stance. By avidly supporting the civilian and military wings of the Syrian opposition and the Muslim Brotherhood, Ankara became a party to the conflicts engulfing the Middle East. Although the Turkish leadership defended its position by asserting it was on the “right side of history,” this was a radical departure from the established tenets of Turkish foreign policy, which tended to prioritize caution, nonintervention and alignment with the West. The debate over the normative aspects of foreign policy continues to this day. But the result of this shift in foreign policy has been largely negative—Turkey's relations are nonexistent with the Syrian regime and are frayed not only with Iraq, Israel, Libya and Egypt, but also with Saudi Arabia and the Emirates.

A second trend has been the shift in the institutional balance in foreign policy making between the Turkish foreign ministry and the prime minister’s office. In the last few years, Erdogan became a more visible foreign-policy player, with his office becoming much more involved in foreign-policy decision making and even implementation with its different linked agencies including the overseas aid and religious affairs, but also the intelligence services. During this period, Erdogan increasingly instrumentalized foreign-policy issues to drive his domestic agenda. In many democracies, it is normal to see domestic concerns shaping foreign-policy choices. But in Turkey’s case, this relationship played out in reverse, with foreign-policy developments being used to drive a domestic agenda. For example, Erdogan’s unwavering and unconditional support of the Muslim Brotherhood may have cost Turkey influence in Egypt, but has helped Erdogan to cement constituency back at home.

The new government will, therefore, need to take stock of these trends and seek to recalibrate Turkey’s foreign policy. Already efforts are being made in Ankara to regain the center ground and return to the pre-2011 period, when Turkey’s international star was rising. At the rhetorical level, criticism of the Syrian regime and of the new Egyptian leadership is less frequent. Normalization with Israel was imminent with a diplomatically negotiated draft on the Mavi Marmara compensations awaiting Prime Minister Netanyahu’s approval. The deal is now under jeopardy following Israel’s latest attack against Gaza. To illustrate its intent to play a more constructive regional role, the Erdogan government took a historic step in April of this year by unambiguously recognizing the tragedy that befell the Ottoman Armenians in 1915. More importantly, the worsening regional security situation highlighted by the recent territorial gains of ISIS is prompting Ankara to act more in concert with its established partners in the West—particularly the United States.