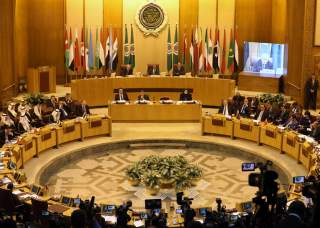 The Trump administration’s decision to relocate the American embassy to Israel from Tel Aviv to Jerusalem has increased the focus on America’s diplomatic efforts in the Middle East, particularly when it comes to the role of American embassies and the State Department in conducting foreign policy. Despite his ongoing efforts to broker a peace between Israel and Palestine, contain the spread of Iranian influence and achieve our military objectives in both Syria and Yemen, President Donald Trump has yet to appoint ambassadors to several critical nations in the Middle East. President Trump’s delay in making these crucial appointments severely undercuts America’s diplomatic efforts while significantly decreasing the likelihood of the United States achieving its foreign policy goals in the region.

While President Trump has appointed ambassadors to Israel, Lebanon, Bahrain and Kuwait, important nations such as Saudi Arabia, Turkey, Egypt, Jordan and Qatar remain without a chief diplomat from the United States, with the United Arab Emirates set to join this list when outgoing Ambassador Barbara Leaf vacates her position this month. The absence of an American ambassador is far from an ordinary state of diplomatic affairs, and is generally reserved for nations such as Syria and Iran with whom the United States has purposefully severed normal diplomatic relations. When present, ambassadors play a key role in fostering stable relations between countries by opening reliable channels for communication between the respective heads of state, as well as developing strong working relations with the leadership of the country in which they are stationed. Ambassadors help leaders clearly communicate their goals for the relationship between two countries, as well as how each nation intends to pursue those aims.

The lack of ambassadors in the Middle East is even more striking when one considers the importance of the countries from which they are absent. Egypt and Jordan are among the countries receiving the largest amounts of foreign aid from the United States, and are viewed as highly important military allies in the region. Saudi Arabia ranks as one of the largest suppliers of oil to the United States, is a key regional power broker among Sunni states and is an important piece to counterbalance a potentially revisionist Iranian power to the east.

Furthermore, Qatar currently exists under a Saudi-backed blockade launched in response to Doha’s alleged support for terrorism, and occupies a unique diplomatic space between the American and Iranian orbits that requires a deft and experienced hand to navigate appropriately. Finally, Turkey, which has the largest GDP in the region, has been an awkward but extremely important ally in the Syrian conflict, and has a relationship with the United States in need of mending after significant tensions between the Turkish government and former American ambassador John Bass. Such important alliances require constant maintenance and, in the case of Qatar and Turkey, the occasional repair. These diplomatic efforts become increasingly difficult in the absence of a dedicated ambassador to constantly address these issues.

The absence of ambassadors to these critical American allies has already produced unfortunate diplomatic side-effects. First, President Trump’s controversial decision to recognize Jerusalem as the capital of Israel earned widespread condemnation from America’s regional allies, sparking fears that the concerns of the Arab world are being marginalized by the new administration. These feelings of abandonment are compounded by our lack of urgency in appointing ambassadors to high-profile Muslim-majority nations, particularly since President Trump announced his selection of David Friedman as Ambassador to Israel prior to his ascension to the White House, furthering the perception that our Arab allies are junior partners relative to the Israelis. While there is no reason to suspect that the appointment of ambassadors to every Middle Eastern nation would have meaningfully altered the Trump administration’s Jerusalem decision, making these appointments in a timely manner would have improved the administration’s capacity to more effectively manage the fallout from this decision.

To further complicate matters, the diplomatic void left by the vacant ambassador seats has largely been filled by Jared Kushner, a 36-year old real estate developer with no meaningful diplomatic experience and no demonstrable proficiency in analyzing the region’s complex politics. Kushner has shown little interest in keeping the chargés d'affaires tasked with running our short-staffed embassies notified of his conversations with foreign dignitaries, resulting in the United States being poorly prepared for significant and provocative actions undertaken by its regional allies. Secretary of State Rex Tillerson was “completely blindsided” by Saudi moves to initiate their embargo against Qatar in June, as well as their efforts to meddle in the internal politics of Lebanon in November. Both of these moves were widely believed to have been approved by Kushner, and left the State Department scrambling to address them. It is difficult to imagine such significant communication breakdowns occurring if diplomacy were being conducted by experienced statesmen through the State Department’s embassies.

The Trump administration will face significant challenges achieving any of its foreign policy goals in the Middle East should the vacant ambassadorships remain unfilled. The White House wants to limit Iran’s capacity to increase their power and influence in the region, yet has failed to adequately engage the governments of Turkey and Qatar—two states who continue to draw closer to Iran at the expense of their relations with the United States. President Trump urged on December 6 for Saudi Arabia to lift the blockade preventing humanitarian assistance from reaching the victims of the conflict in Yemen, but has thus far been unable to initiate dialogue with the Saudis on this issue, leaving the blockade very much in place. The United States desires a peaceful end to the conflict in Syria, but has failed to address the growing split between countries such as Saudi Arabia and the UAE regarding the desired end towards which any peace talks should ultimately strive.

However, it is the Trump administration’s push towards peace between Israel and Palestine that will be the most adversely affected by the absence of American ambassadors in the Middle East. The proposed Saudi peace plan was largely unpopular in the region even before the Jerusalem decision, and any final status agreement will require the vocal support of regional partners to succeed. Egypt displayed its influence by brokering a reconciliation between Fatah and Hamas this past fall, and could use its strong ties to both the Palestinians and, increasingly, the Israelis to support any U.S.-led peace proposal. Jordan must be similarly involved in any peace settlement addressing Israeli security interests in the Jordan River Valley. And with its large Palestinian diaspora, Jordan could significantly influence Palestinian public opinion on the peace process if properly engaged.

Even countries such as Turkey and Qatar who have frosty relations with Israel could facilitate peace by providing a full-throated support of the process and discouraging local backlash to the proceedings. This would allow Israeli and Palestinian leaders to negotiate honestly without fear of radical groups “spoiling” the talks with an attack or protest designed to drive a wedge between the two parties. All of these measures require careful, painstaking coordination between embassies and a team of expert diplomats to be successfully implemented. Unfortunately, it is difficult to imagine such efforts being successfully completed or even attempted without America’s diplomatic vacancies being filled.

President Trump’s lack of urgency in filling the vacant ambassador positions in the Middle East has undermined his administration’s diplomatic efforts in the region and threatens to weaken America’s relations with important regional allies. The complexities of the Middle East cannot be navigated without stable channels of diplomatic communication and strong relations with local actors, both of which would be greatly improved by the prompt appointment of qualified ambassadors to these vacant seats. Should President Trump fail to address this concern, it is highly unlikely that his administration will achieve its goal of contributing to peace and stability in the Middle East.