Slowing GDP Growth Doesn't Have To Spell Doom For China 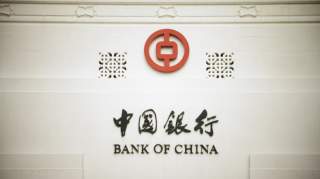 It was announced Monday that the Chinese economy’s growth continued to slow in the third quarter, falling to 6.9 percent. While not as steep a decline as many economists feared, it still marks the first time China’s GDP growth has fallen below 7 percent since the financial crisis. Especially when combined with their stock market’s plummet this summer—and subsequent sudden currency devaluation—you could be forgiven for thinking that the Chinese economy was teetering on the edge. The real story is likely more one of long-term challenges than acute crisis. China is going through a long-overdue economic transition from an economy driven by heavy manufacturing and investment to one more durably oriented around consumption and services. This transition will be bumpy, particularly with China’s notoriously decentralized policy implementation structure. If handled correctly, however—or at least handled well enough—it should leave both the Chinese people and the international community better off.

China has enjoyed double-digit growth since it opened up its economy, averaging more than 10 percent for the last thirty years and moving hundreds of millions out of poverty. Much of this growth has been “catch-up” development, however, and could not have been sustained forever. When China was a low-income country, it had lots of high-return investment opportunities. Capital investment created a manufacturing and exports boom, which helped fuel much of China’s growth. The law of diminishing returns implies that those investments should have tapered off as capital flooded into the country and all the low-hanging fruit was picked. Despite the government’s stated policy to encourage a shift away from investment and toward consumption-driven growth, however, Beijing has instead incentivized even more investment, setting off an infrastructure boom that helped boost growth following the financial crisis. Last year, fixed-asset investment still made up almost half of all Chinese output, thanks to a stimulus program that recovered growth rates but further delayed the shift to consumption.

The biggest obstacle to this transition is political. While Chinese policy is made in a highly centralized fashion among Communist Party leaders in Beijing, policy implementation is broadly decentralized. Chinese political institutions in many ways embody federalism on steroids. Subnational governments—namely provincial, municipal and village bodies—implement most policies and provide most services. While the central government collects most revenues, local governments provide 95–99 percent of essential health, education and safety net services. While New York essentially subsidizes a similar level of essential services in Mississippi, the variation between regions in China is vastly larger than in the United States. Local Party leaders depend on local business interests to keep their jurisdictions employed and stable. When Beijing talks about reorienting from manufacturing to consumption, those local governments can only see closed factories, unemployed residents and fleeing resources. Add on top of that a closed political culture in which it is nearly impossible to balance competing interests in the public square, and the difficulty of Chinese structural reform is clear.

Yet if China could only summon the political and institutional will to follow through on this transition, the country could be well positioned to participate in the global market for more advanced goods and services. China’s population is becoming rapidly wealthier and more educated, and the “Chinese Dream” now animates a growing and increasingly influential middle class. While still only making up about one quarter of China as a whole, the number of middle-class Chinese now rivals the entire population of the United States. That is a vast and growing market that could soon be consuming not only domestic goods, but also the products and services of the world’s advanced economies—many of which have been looking for a boost to their own growth rates.

The world’s advanced economies, however, may have to wait some time for their boost from the rising Chinese middle class. Switching to a more consumption-oriented economy is both economically complicated and politically difficult. Such a transition is likely to bring permanently lower growth rates than those that have so far buttressed the legitimacy of the Chinese Communist Party. There is little the international community can do to help speed along China’s transition, despite long relying on the Chinese economy to power much of the growth in global output since the financial crisis. However, the world’s advanced economies are projected to make a modest comeback and will need to use these tailwinds to adjust to what even Chinese President Xi Jinping calls “a new normal.” If the United States, Japan, the Eurozone and others can address the biggest threats to their own prosperity—like income inequality and wage stagnation—the global economy will be primed to benefit from a new generation of middle-class Chinese consumers. All we need is for China’s leaders to successfully get us there.

Harry Krejsa is a Research Associate at the Center for a New American Security, working in the Asia-Pacific Security Program. He has worked for the Joint Economic Committee in Congress, served as a Fulbright Fellow in Taiwan, and worked as a consultant to agencies such the State Department, Departments of Defense and Energy, and USAID.