A Small Security Investment in Africa Could Pay Enormous Dividends 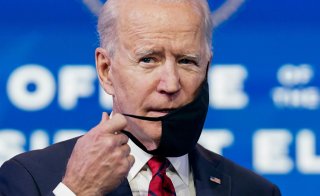 The call came shortly before Christmas. Rebels aligned with François Bozizé, a former president of the Central African Republic from 2003 until 2013, were advancing on Bangui, the country’s capital. At stake was not only security in a country susceptible to terrorism challenges, but also control over the country’s vast resources—diamonds, gold, timber, and perhaps uranium. In recent years, the United States has grown particularly concerned about the country’s stability, offering more than $300 million in humanitarian and security assistance in just the past two years. For Washington, the concern is not just the country itself, but also metastasis: As it borders six countries, what happens in the Central African Republic does not necessarily stay there.

For policymakers, diplomats, and security specialists, it is a difficult problem. The Central African Republic’s history has been tumultuous. Jean-Bédel Bokassa ousted David Dacko, the country’s first president, on New Year’s Eve in 1965. With French President Valéry Giscard d'Estaing’s initial support, Bokassa ultimately declared himself emperor. He grew increasingly erratic and allegations even swirled of cannibalism. Finally, Paris withdrew support and helped restore Dacko to power. Subsequent leaders, however, have failed to uplift the country. The UN’s Human Development Index lists the Central African Republic as second-worst in the world, above only Niger.

The country’s ethnic and religious diversity has contributed to volatility as some of the ten percent of the population who are Muslim have embraced extremism and some even briefly seized power. A scramble to control the Central African Republic’s resources has both contributed to violence and increased international competition for influence over the country.

Giscard d'Estaing, for example, initially ignored Bokassa’s megalomania in exchange for a supply of diamonds into French coffers. Decades later, reports emerged that Foreign Minister Antoine Gambi had traveled to Tehran to negotiate the Iranian purchase of Central African yellowcake, raising speculation that he envisioned the Central African Republic becoming part of “a Bangui-Caracas-Tehran-Pyongyang axis trafficking in uranium.”

The December violence was an attempt to reverse five years of progress in efforts to build a more democratic government and end sectarian strife. It came almost five years to the day since Central Africans approved a new constitution in a referendum. In February 2016, Faustin-Archange Touadera won a run-off election with sixty-three percent of the vote. The situation got messy in December 2020 when opposition groups unsuccessfully sought a delay to elections. Six rebel groups that together controlled two-thirds of the country’s territory joined forces to march on the capital and oust Touadera.

When Rwanda got the call to stop the rebel advance and the Central African Republic’s slide into state failure, they reacted fast. Within forty-eight hours, Rwanda sent troops to Bangui to stop the rebel advance. On January 22, 2021, the Central African Republic declared a 15-day state of emergency as rebels blockaded Bangui. Within a month, however, security forces backed by Rwanda and Russia not only beat the rebel blockade of the capital to enable aid through but ultimately captured the rebel stronghold.

Last month, I spoke to senior military and political leaders in the Rwandan capital Kigali about the reason for the deployment. Rwanda is not a wealthy country—in terms of per capita income, it ranks below Mali and Tajikistan—and, unlike its participation in UN peacekeeping, the emergency deployment brought them no money and, instead, cost a great deal.

Certainly, the fact that Central African Republic rebels had killed Rwandan UN peacekeepers and the Rwandan government’s responsibility to protect its forces played a role. So too did a recognition of the lethal consequences of UN inaction.  At the time, Rwandan President Paul Kagame said that Rwandan forces would have “different rules of engagement” compared to the UN peacekeeping forces. Behind the scenes, Rwandan officials noted the UN stood by and did nothing as Hutu génocidaires shot, hacked, or bludgeoned to death close to a million Tutsis and moderate Hutus. Rwandan leaders note that the UN may have apologized for its dereliction in 1994, but repeats it both in the Democratic Republic of Congo where the UN allows armed Hutu génocidaires to roam among refugees, and in the Central African Republic where the UN leadership appeared to rationalize inaction as rebels moved on Bangui. Senior Rwandan officials said that they did not want Rwandan suffering to be in vain and seek to demonstrate a lesson that the best way to prevent genocide is to pre-empt it.

Rwanda’s successful deployment also provides a lesson for the United States. While Russia too intervened with equipment and contractors, Rwandan forces proved themselves equally agile and effective. From a strictly U.S. interest, it is better to have Rwanda’s Western-oriented forces guarantee security than Russia, whose interests in the region are resource-driven rather than symbiotic. The Rwandan deployment also relieves the United States and European states of facing a choice between a costly deployment of their own forces or state failure.

The issue for the White House, Pentagon and U.S. African Command should not simply be about the Central African Republic, but rather how to achieve security, stability, and promote positive outcomes in an era of both declining budgets and great power competition. As my colleague Jackson Krase wrote, supporting regional staff academies such as Malawi’s could enable the United States to increase both the capacity and interoperability of its local partners with only a modest investment. He is correct, but the strategy should go farther: Malawi might be a hub for southern Africa but, as British defense experts point out, Ghana could be equally well-situated as a hub for western Africa, and Morocco could be a model for North Africa. Rwanda’s quick and autonomous actions in the Central African Republic, meanwhile, show it can punch above its weight in East and Central Africa.

While Secretary of State Antony Blinken and National Security Advisor Jake Sullivan so far have largely neglected Africa and forfeited the competition with Russia and China, they might fulfill their own security goals by simply delegating responsibility for military instruction to staff colleges and academies such as the Rwandan Peace Academy. The school in Rwanda’s Musanze district not far from either the Congolese or Ugandan borders already hosts classes and conferences for contingents from South Sudan and Cameroon. With U.S. support and perhaps even U.S. instructors, it could speed African countries' ability to work together to resolve crises before they materialize.

The Central African Republic might very well have become Africa’s first genocide of the 21st century. Thanks to Rwanda, that tragedy never materialized. That is a success and a brand that the United States should support and seek to replicate.