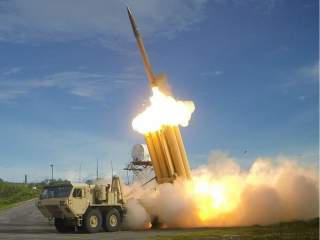 Editor’s Note: The National Interest and the Heritage Foundation have partnered for a multi-part occasional series examining various aspects of the Iran nuclear agreement. This is part two of the series. You can read part one here.

Months after the implementation of a nuclear deal that was promised to cut off all of Iran’s pathways to a nuclear weapon, Tehran continues to pose a serious threat to the United States, its allies and its strategic interests in the Middle East. According to the 2016 Worldwide Threat Assessment:

“Iran’s military and security services are keen to demonstrate that their regional power ambitions have not been altered by the JCPOA deal. One week prior to JCPOA Adoption Day, Iran publicized the launch of its new ‘long-range’ and more accurate ballistic missile called the ‘Emad.’”

Iran followed that October 2015 launch with another in November. The second launch reportedly tested the medium-range Ghadr-110, a variation of the Shahab-3 ballistic missile designed for enhanced range and maneuverability. Both tests were clear violations of Iran’s obligations under United Nations Security Council Resolution (UNSCR) 1929, which states that Iran “shall not undertake any activity related to ballistic missiles capable of delivering nuclear weapons.”

However, the launches had no impact on the nuclear deal, which levies no additional restrictions on the development and testing of ballistic missiles. The omission is particularly concerning given that the delivery method is one of three critical components in the development of nuclear weapons, and that ballistic missiles remain the most likely choice for an Iranian weapon.

Instead of increasing restrictions on Tehran, the deal’s negotiators agreed to withdraw preexisting ballistic missile restrictions. UNSCR 1929, the 2010 UN resolution aimed at restricting Iran’s proliferation and nuclear activities, was repealed upon the deal’s implementation on January 16, 2016. By eliminating these restrictions, the international community forfeited its legal recourse and further deregulated Iran’s ballistic missile program. The successor to UNSCR 1929, UNSCR 2231, merely “calls upon” Iran to refrain from engaging in activities “related to ballistic missiles designed to be capable of delivering nuclear weapons.” Thus, the most substantial attempt by the international community to curb Iran’s missile program now amounts to no more than codified exhortation.

Iran has been quick to capitalize on the deal’s concessions. Less than two months after Implementation Day, Iran’s Revolutionary Guard conducted multiple ballistic missile tests as part of a military training exercise.

Amid calls for renewed sanctions, Iran maintains its compliance with UNSCR 2231 and the nuclear deal simply by stating that its missiles are designed to carry conventional weapons. While highly suspect, the purported purpose of Iran’s missile program is also irrelevant. Due to substantial technological overlap, advancements in ballistic missile technology for conventional purposes are practically indistinguishable and functionally intertwined with advancements for nuclear purposes.

Most of Iran’s ballistic missiles, by virtue of range and carrying capacity, are inherently capable of delivering nuclear weapons. Iranian advancements in space-launch vehicles have also narrowed the technical gap to the production of indigenous intercontinental ballistic missiles (ICBMs). Despite Iran’s recent displays of defiance, even the nonbinding ballistic-missile provisions of UNSCR 2231 will expire on or before October 18, 2023.

As it stands, Iran’s missile arsenal is already the largest in the Middle East. Even without nuclear warheads, the sheer number of its conventional missiles is enough to overwhelm regional missile-defense systems. Continued expansion of Iran’s missile capacity and capabilities poses a substantial threat to Israel’s Qualitative Military Edge, the security of America’s Gulf Cooperation Council (GCC) partners and forward-based U.S. troops, regional stability, and trade through the Gulf.

While Tehran waits for the ideal moment to renege on the deal (as it has done with all past nuclear agreements) it continues to improve the range, precision and lethality of its ballistic missiles.

Formulating regional defense policy on the assumption of Iranian compliance with the nuclear deal is imprudent and dangerous. Iran has openly stated and demonstrated that it has no intent to curtail its ballistic missile program. The United States should support a build-up of Gulf missile defense to counter the Iranian threat where the nuclear deal has failed.

In 2011, the UAE became the first country in the Middle East to purchase the Terminal High Altitude Area Defense (THAAD) system, and most of the Gulf States now employ U.S.-supplied Patriot missile batteries. However, they have thus far been unsuccessful in coordinating their missile defense systems due to challenges with procurement, communication, interoperability and, perhaps most importantly, trust.

The United States should continue to develop and deploy missile defense systems for GCC members and facilitate the establishment of an integrated, layered missile defense architecture. Not only will improved missile defense enhance regional security, and deter further Iranian aggression, it will also reassure U.S. partners and allies.

The nuclear deal does not address Iran's bellicose and hostile foreign policy, and should not be treated as an end in itself. The United States must prioritize the defense of U.S. allies and interests above the survival of the Iran deal, and continue to pursue all options to counter Iran’s aggressive behavior.

Rachel Zissimos is a researcher specializing in national security and defense studies at The Heritage Foundation, a Washington, DC-based think tank.