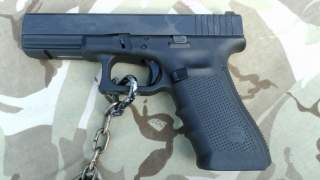 Lost in the publicity stunt that Democratic representatives of Congress pulled recently when they staged a sit-in over gun control is the fact that none of the measures they were pushing would have stopped the terrorist attack in Orlando.

Also lost on those who participated in the sit-in, which was led by Rep. John Lewis (D-Ga.), was the fact that they were pushing for gun-control restrictions that, like the “No Fly” list, lack the most basic due-process protections -- quite an irony given Lewis’s fight for fundamental due-process during the height of the civil-rights movement in the 1960s.

The various amendments proposed were all variations of the same theme – allowing the attorney general to deny an individual’s Second Amendment right to buy or possess a gun if he is on various government watch lists, such as the “No Fly” list compiled by the Transportation Security Administration. As has been pointed out, this is a secret list. We don’t know who is on it, how you get on it, how it is maintained, or how you get off if you are mistakenly put on the list -- as has happened to many individuals, including Stephen Hayes of the Weekly Standard and Fox News or former U.S. Sen. Ted Kennedy. Even the ACLU urged senators to vote “no” on these amendments based on the “use of vague and overbroad criteria and the lack of adequate due process safeguards” in these watch lists.

We do need terrorist watch lists to prevent suspected terrorists from being able to repeat 9/11. And terrorists certainly don’t have any Second Amendment rights. But the recently proposed amendments were blunt instruments that were not the right solution. Having very strict gun-control laws and a virtual ban on the ownership of private firearms certainly didn’t stop the horrendous attacks in France in 2015. But they certainly may have prevented law-abiding citizens from being able to defend themselves against armed terrorists, just like the gun-free zone in the Orlando nightclub meant that the victims there had no ability to protect themselves either.

Of course, the other problem with gun-control measures is the idea that having fewer guns will somehow make us safer. In fact, there is considerable data that shows that the opposite may be true. The estimates on guns being used defensively to prevent crimes and violence range from 500,000 to 3 million times a year, according to a report released in 2013 by the Centers for Disease Control.

In a recent Washington Post “Fact Checker” column about claims being made in the Democratic filibuster in the Senate over gun control, the Post pointed out that “half of the 10 states with the lowest gun-death rates turn out to be states with less-restrictive gun laws,” not more restrictive gun laws. John Lott has done extensive research on crime and guns and concludes, for example, that states that allow concealed carry permits have less crime, not more crime.

In this case, Omar Mateen, the son of a father who is “a visible and ardent supporter of the Taliban,” had been investigated twice by the FBI without any arrest. He had made numerous “violent threats” that “paved” the way for the Orlando attack, according to an in-depth story in The Wall Street Journal. Yet none of those threats -- his claims of ties to terrorist groups such as al-Qaeda and Hezbollah, as well as the Boston Marathon bombers, the Tsarnaev brothers; his immersion in fundamentalist videos and websites; or the complaints of his co-workers -- caused him to lose his job in a courthouse or for a British security firm with contracts with the U.S. government. And the FBI dropped any further investigation or surveillance of Mateen. He was not on a terrorist watch list at the time of the Orlando attack.

We may never know why Omar Mateen committed this horrific act and how much violent Islamism had to do with it. But what is clear is that we certainly don’t know enough about why it happened to be suddenly trying to implement a legislative “remedy” restricting Second Amendment rights. Unless of course, you are simply seeking a political and public relations advantage or want to write the Second Amendment out of the Bill of Rights.

The key to stopping these types of horrendous terrorist attacks is better counterterrorism policies, not more gun control. That includes legitimate surveillance programs of possible threats that are not deterred by any politically correct notion that investigators cannot look at those who advocate for radical Islam. It also includes better sharing of information between the FBI and state and local law enforcement. It is those types of measures that will help protect Americans from the types of cowardly, cruel and horrendous attacks that have plagued America and Europe since the rise of terrorism in the Middle East.

Hans A. von Spakovsky is a Senior Legal Fellow at The Heritage Foundation (heritage.org). Along with John Fund, he is the co-author of Who’s Counting? How Fraudsters and Bureaucrats Put Your Vote at Risk and Obama’s Enforcer: Eric Holder’s Justice Department.