Snake-Oil Proposal: The Green Deal Is a Raw Deal for Europe 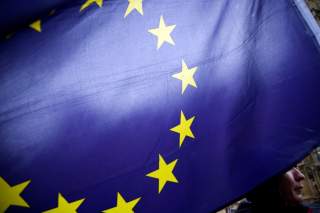 From pricey taxes to endless spending mandates, the cost of “green” pipe dreams knows no bounds. Unfortunately, the European Union (EU) is finding this out the hard way. The cascade of costs began almost one year ago when the then-acting president of the European Commission, Jean-Claude Juncker, announced that a quarter of the EU’s budget between 2021-27 would go towards tackling climate change. What at first seemed like pointless political posturing quickly became a focal point in the 2019 EU parliament election campaign.

Buoyed by the fear and alarmism pedaled by “green” candidates, left-leaning environmentalist parties across the EU member-states made unprecedented gains and significantly increased their share of seats in the European Parliament.

Once in power, Europe’s “green” parties used their new-found leverage to demand urgent climate action in order to cement Ursula von der Leyen’s nomination for the presidency of the European Commission. Von der Leyen vowed to push the EU’s unattainable and poorly structured climate goals, with the goal of Europe becoming completely carbon neutral by the year 2050. The European Parliament lauded the proposition, even going so far as to call for an overly ambitious 55 percent reduction target of greenhouse gas emissions by 2030. Predictably, the proposal’s backers failed to mention the burden that would be placed on European taxpayers by increasing taxes on aviation and shipping. Additionally, they neglected to mention that there would be a demand for greater financial support from developed EU member-states.

These disastrous proposals culminated in the European Commission’s “Green Deal,” which was designed to shackle the EU economy (especially transportation and energy) to the “imperatives of the climate and ecological emergency.” The reckless “Green Deal” would inject around €1 trillion of hard-earned taxpayer funds into unclean, unreliable technologies over a decade.

Putting aside the absurdity of blowing taxpayer euros on expensive, intermittent solar and wind technologies, the EU technocrats were venturing gung-ho into a scheme not supported by all of EU member-states.

With ambitions to secure €100 billion from EU governments and another €300 billion from the private sector, the EU has only allocated around €7.5 billion in the 2021–27 budget as “seed funding within a broader mechanism.”

The rest of the €1 trillion of “investments” is supposed to be supplied through financial-leverage effects, essentially administering the funds through the European Investment Bank (EIB) as suggested by the University of Munich scholar Hans-Werner Sinn. But such a proposal could only “crowd in” private investment by leveraging the EU’s budget guarantee under the InvestEU program via active management by the EIB. European Central Bank (ECB) president Christine Lagarde announced that the ECB will likely pursue the purchase of “green bonds,” with the European Commission and member-states guarantees ensuring a high credit rating. As Sinn explains, this mechanism can (in theory) enable the creation of funds for public and private purposes. But this would come at great risk to EU taxpayers, who would have to pay the bill should the “guarantees be called in one day.”

The involvement of the ECB in the “Green Deal” financing scheme would expose taxpayers to large losses while undermining the institution’s traditional purpose of maintaining the monetary stability of the EU. Favoring “green bonds” would severely impair the central bank’s ability to reverse the monetary policy, potentially destabilizing the financial system. Other experts have expressed concerns that this amount of ECB involvement could inhibit markets’ ability to accurately price climate risk.

By taking part in the “Green Deal,” the ECB would effectively act against its own mission to safeguard the financial stability and economic growth of the EU. Bureaucrats would undermine the central bank’s independence, giving this institution the power to act as a pseudo-government and a tool for legitimizing EU’s overly ambitious political goals. If dabbling with politics isn’t limited to politicians’ playgrounds, the very independence of institutions like the ECB could be put in danger. Using unelected technocrats to implement the high-risk financing schemes of the EU institutions would fail citizens continent-wide, without achieving the lofty goals promised by politicians. Hopefully, Europeans can see through the snake-oil proposal and keep Europe’s institutions safe from bureaucratic meddling.

Marko Horg is the global coordinator for IGO Watch and a digital media consultant with the Australian Taxpayers' Alliance.