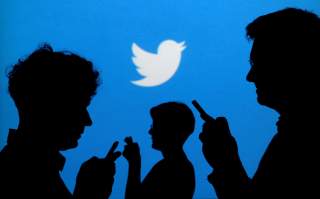 Retired Adm. Bill McRaven, who became a household name after special operators under his command killed Osama bin Laden, is once again in the spotlight. In a terse August 16 op-ed for the Washington Post, he castigated President Donald Trump for revoking the security clearance of former CIA Director John Brennan the previous day in a fit of partisan pique after repeated criticisms of his policies.

Later that evening, thirteen other former senior national-security figures from both political parties signed an open letter stating their opinion that “the president’s action regarding John Brennan and the threats of similar action against other former officials has nothing to do with who should and should not hold security clearances—and everything to do with an attempt to stifle free speech.” They added, “this action is quite clearly a signal to other former and current officials. As individuals who have cherished and helped preserve the right of Americans to free speech—even when that right has been used to criticize us—that signal is inappropriate and deeply regrettable. Decisions on security clearances should be based on national-security concerns and not political views.” Other open letters followed, with some 175 formers signing.

It is too early to know whether these statements will have any impact on the national debate. Thus far, opinions on Trump have been decidedly inelastic, seemingly impervious to evidence. To the extent that McRaven and the others change minds, however, it will come not only because of their impressive contributions in service to the nation but because they have kept their powder dry, weighing in only on egregious violations of the norms of our Constitutional system, and are not seen as partisan actors.

Sadly, this has not been the case with Brennan himself. While I fully concur that Trump’s revocation of his security clearance is outrageous and sets a dangerous precedent, even many of his defenders have distanced themselves from his actions since leaving government service.

He retired from his post as CIA director on the day Trump took office. Within months, he became a famous Twitter troll, expertly leveraging his reputation and the social media platform to tweak Trump while drawing attention to himself. On his first day of tweeting, he opined, “Trump Admin threat to retaliate against nations that exercise sovereign right in UN to oppose US position on Jerusalem is beyond outrageous. Shows @realDonaldTrump expects blind loyalty and subservience from everyone—qualities usually found in narcissistic, vengeful autocrats.” While I concur in that opinion, it’s simply that: a view on a matter of foreign affairs outside the scope of Brennan’s expertise as an intelligence professional and some snide armchair psychiatry.

He’s issued forty-nine tweets since, the lion’s share of which have been aimed at the president. Almost none of them had any but an indirect bearing on the intelligence community or the national security of the country. He’s weighed in against Trump policies ranging from immigration to trade to veterans’ affairs to alliance policy to the Iran deal to gun control.

Mostly, though, he’s attacked Trump’s character. Brennan told us that Trump “continues to demonstrate daily that he is a deeply flawed person.” He frequently retweeted Trump with personal messages such as “your self adoration is disgraceful,” “your unprincipled and unethical behavior as well as your incompetence are seriously damaging our Nation,” “You are to governance & politics what Bernie Madoff was to the stock market & investment advice,” “History inevitably will regard Trump as one of the most disastrous figures of the 21st century,” “When the full extent of your venality, moral turpitude, and political corruption becomes known, you will take your rightful place as a disgraced demagogue in the dustbin of history,” and “It’s astounding how often you fail to live up to minimum standards of decency, civility, & probity. Seems like you will never understand what it means to be president, nor what it takes to be a good, decent, & honest person.”

Most famously, perhaps, he declared, “Your kakistocracy is collapsing after its lamentable journey” and “Donald Trump’s press conference performance in Helsinki rises to & exceeds the threshold of ‘high crimes & misdemeanors.’ It was nothing short of treasonous. Not only were Trump’s comments imbecilic, he is wholly in the pocket of Putin.” And, in a complete lack of self-awareness, he stated, “It never ceases to amaze me how successful you have been making yourself so small, petty, and banal with your tweets.”

My complaint with Brennan isn’t with his contempt for Trump or his policy views. I was a Never Trump guy from the moment he came down the golden escalator, long before there was an open letter or a hashtag. With a quibble here and there, I agree with Brennan on just about all these issues. Nor am I too highfalutin for Twitter trolling. I enjoy immensely, for example, Dan Drezner’s toddler-in-chief thread, 432 examples strong as of this writing. But, because of who he is, the volume and tone of Brennan's commentary is inappropriate.

Drezner is a serious scholar, a tenured full professor at a top-tier public policy school with numerous academic press books to his name. That’s not incompatible with nearly two decades of being a wiseass on blogs and Twitter because he’s a one-man brand. Brennan, by contrast, continues to represent the CIA and intelligence community and is making their job harder.

Brennan’s caustic and frequently juvenile attacks on Trump are simply beneath the dignity of the office he so recently held. People like Brennan, McRaven, and the thirteen signatories of the open letter linked in the introduction continue to serve as elder statesmen and owe it to the nation to be prudent in their public commentary.

Since retiring from the Navy, the only time we’ve heard from McRaven was when he was counseling young Americans to make their beds first thing every morning. His speaking out so forcefully on Brennan’s security clearance is powerful precisely because he’s stayed above the fray until now.

Beyond issues of propriety, Brennan’s half-cocked tweets are harmful in that they contribute to the absurd notion that there’s a Deep State out to get Trump. The intelligence community writ large and the CIA in particular are seen by many Trump supporters as particularly suspect, in that they’ve been insistent that Russia attempted to influence the 2016 election.

While it’s likely true that the hard-core Trump fans are going to believe that no matter what, Brennan makes it easy for Trump and his allies to cast the CIA as partisan. While it’s obvious to me that he’s intending to speak only for himself, the general public will naturally see him as the spokesman for CIA officers who are unable to voice their opinions because of the nature of their oath.

General Michael V. Hayden, himself a former CIA Director, and James Clapper, the former Director of National Intelligence, who were among the thirteen signatories of the open letter defending Brennan. They, too, have been an outspoken critic of Trump. But they have mostly confined their public comments on the President to intelligence matters, including Hayden’s March 2017 New York Times op-ed “Donald Trump Is Undermining Intelligence Gathering” and Clapper’s book and frequent commentary on the Russian operations against the U.S. electoral system. While this distinction hasn’t stopped the president from lumping them in with Brennan, their remaining in their professional lane makes their commentary decidedly less political. That Hayden last served under President George W. Bush and has been retired almost a decade also makes it much less likely that he’s seen as speaking for the agency.

Given that McRaven, Hayden and David Petraeus (another signatory to the aforementioned letter, signing in his capacity as a former CIA Director) are retired flag or general officers, it’s worth a word about civil-military relations. While it’s harmful, for reasons that I’ve laid out, for former civilian intelligence officials like Brennan and Clapper to become part of the political fray, we’ve long held military officers to a different standard. Soldiers, after all, have guns and tanks. The loyalty of those in uniform to lawful orders from civilian policymakers, and especially the commander-in-chief, must be sacrosanct.

While many fiercely argue that, once retired, officers become mere civilians, entitled to unfettered free-speech rights like the rest of us, many of us disagree. As I argued in a commentary two years ago this month, it undermines the public’s confidence in the military as a profession when retired officers, especially those of high rank and recent service, become mired in partisan politics.

Where precisely one draws the line is unclear, but I’ve suggested, as a starting point, that “the distinction that holds for active duty officers and, to a lesser extent, civilian employees of the Defense Department between partisan politicking and issue advocacy.” It’s clearly wildly inappropriate for retired generals and admirals to endorse or oppose the re-election of officials they’ve recently served or worked alongside, as Bill Crowe did in 1992. It’s murkier but still highly frowned upon to endorse candidates for partisan office, like John Allen and Mike Flynn did in 2016.