The Sociology of Surviving the Coronavirus 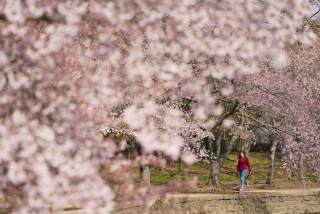 There is another name for social distancing—a mainstay of the campaign to contain the spread of the coronavirus—social isolation. Much has been made of the economic effects of COVID-19. However, we should not overlook the social and psychological effects. The containment campaign basically greatly reduces the contacts people have with one another, by canceling numerous social events and urging older people and those with special health conditions not to leave home. Many of these elders live on their own, as their partners have died. For all, it means fewer opportunities to see family and friends. One should also note that many people have social contacts at work, so teleworking—introduced widely in an effort to stop the spread of disease—undermines these contacts.

The Effects of Isolation

Isolated individuals exhibit major health problems. James House, Karl Landis and Debra Umberson found that “[m]ore socially isolated or less socially integrated individuals are less healthy, psychologically and physically, and more likely to die.” In an article based on her 2017 testimony before the U.S. Senate Aging Committee, Julianne Holt-Lunstad reports that, physically, “[l]acking social connection carries a risk that is comparable, and in many cases, exceeds that of other well-accepted risk factors, including smoking up to 15 cigarettes per day, obesity, physical inactivity, and air pollution.” She also notes that people who are isolated may have less effective immune systems, higher blood pressure, and increased inflammation, and they are less likely to follow medication and treatment plans. John Cacioppo and Louise Hawkley demonstrated that social isolation engenders a ripple of mental and physical health risks, including depleted ability to cope with stressors, poor sleep, and slower healing. Holt-Lunstad finds that “those who are isolated are at increased risk for depression, cognitive decline, and dementia.” Hawkley and Cacioppo  suggest “ that loneliness is the social equivalent of physical pain, hunger, and thirst.”

The new rules are particularly hard on those who left their elders or partners in nursing homes—those who used to visit their kin daily are now shut out. The virus also poses heart-wrenching moral dilemmas around the question of whom to see and whom to avoid. One example will stand for all the others: A family's college-age son is in Italy. He felt well and wanted to rush home, just before Italy locked down. His family urged him to stay, lest he brings the virus home and infects them—leaving him to fend for himself in highly-infected Italy!

The much-maligned social media realm can help people avoid the detrimental effects of social isolation during this pandemic. The World Health Organization’s March 6 release of “Mental Health Considerations during COVID-19 Outbreak” suggests that people in isolation “stay connected via e-mail, social media, video conference and telephone.” While some might scoff at this form of connection, there is research that supports the idea that technology can help people to feel less lonely. According to research conducted for Pew, “[t]he average user of a social networking site has more close ties and is half as likely to be socially isolated as the average American.”  Weixu Lu and Hampton found that “Facebook status updates and private messaging are independently associated with perceived support” and Hampton reports that, over time, the use of social networking sites is correlated with reduced psychological distress. These benefits are not limited to those who were practically born with a smartphone in their hands. Two European studies found positive effects of social network use by older populations: André Hajek and Hans-Helmut König report that feelings of social isolation typically occur less frequently among those ages forty and older who report daily use of social networks than among their peers who use social networks less often or not at all. Orsolya Lelkes reports that “social isolation is lower among internet users aged 65 or older.” Inventive Italians add another touch: isolated in their homes, they are getting together on their porches—to sing. In short, people confined to their homes can reach out to others and improve their psychological condition.

Amitai Etzioni received his PhD in sociology from the University of California at Berkeley in 1958 and served as a professor of sociology at Columbia University, Harvard, and The George Washington since then.