Is Somalia Poised for Economic Success? 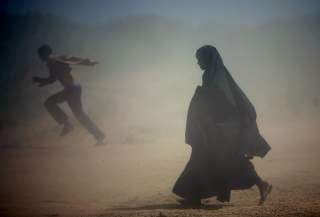 Dr. Michael Rubin of the American Enterprise Institute has published a series of articles in the National Interest and other publications that seemed aimed to destabilize a concerted effort by the federal government of Somalia and its international allies to settle Somalia’s longstanding external debt. This would have doomed our nation.

In his essays, Dr. Rubin outright accuses Somalia of corruption and an unwillingness to fight terrorism. His allegations are reckless, designed to undermine the progress we have made with our international partners, particularly the United States.

We have heard these false stories before—peddled by our rivals, but rarely so amplified. We are grateful that our allies reject these claims, and instead rely upon actual facts.

In reality, Somalia has made considerable headway overcoming three decades of instability and strife. Over the last ten years, we have consolidated a viable federal government. In addition to Puntland and Somaliland, four more federal member states have been established. Three elections have resulted in the peaceful and legitimate transfer of power between three presidents.

More importantly, Somalia, with crucial support from the United States and African Union, has significantly weakened Al-Shabaab’s ability to carry out terrorist activities across the country. Presently, the terrorist force is on the run, reduced to operating in remote areas, away from economic and political centers.

The fight will continue until they are defeated, and the end is in sight.

Recently, government forces secured five towns and, despite a December 28, 2019 attack in our capital, we have greatly diminished the frequent bombings that terrorized our people. Reforms in the security sector such as biometric registration of the military, far better training, and regular pay are helping us build professional armed forces. And we must, to take over responsibility for national security from the African Union Mission in Somalia.

Economic reforms under President Mohamed Abdullahi are inarguably leading to increased revenue, investments, and economic growth. In 2019, the Somali economy grew 2.9 percent, an upward trend that is expected to continue. Our nation’s public finance management has also met or surpassed the International Monetary Fund reform benchmarks under the Staff Monitored Program. As part of these reforms, President Mohamed signed an anti-corruption bill into law and established an independent Ethics and Anti-Corruption Commission, providing a framework for transparency and accountability in public finance management.

These economic and public finance reforms have contributed to growth in the private sector, the backbone of the Somali economy. Even our critics see the results.

Despite successful reforms and the proven resilience of a people who have survived in the face of immense hardship for thirty years, our efforts cannot be enough. Somalia’s success is constrained by our debt. This impossible obligation looms like an insurmountable obstacle, preventing us from ending Al Shabaab’s reign of terror and rebuilding a stable and prosperous state in Somalia.

Somalia nearly drowned in this debt, but the world has given us real hope.

For the past few years, our nation has participated in a multi-national process to eliminate this debt, a process requiring the close collaboration of all parties. To move forward, all our creditors, including the United States, the World Bank, the International Monetary Fund, and several European countries, had to agree to a set of debt relief requirements. Every participant was strongly supportive.

As 2019 came to a close, the United States took a bold step: Congress pledged $35 million to start paying down the principle of the $1.1 billion Somalia owes America. This authorized the U.S. Treasury and State departments to start the debt relief procedure. The African Development Bank, IMF, World Bank, and other friendly nations have also recently made strong statements of support. The IMF’s executive board has endorsed a financing plan that will mobilize assets required to cancel a considerable part of Somalia’s debt.

With these actions, we are on track to achieve debt relief for Somalia in 2020. Relieved of debt, the potential of our enterprising people will be unleashed and our nation will step forward resolutely to implement a recently adopted comprehensive five-year development program. The ambitious but achievable goals for 2020 to 2024 include winning our war on terror, ending extreme poverty, and providing essential services, like health and education, to our people.

Our government is also poised to implement significant infrastructure programs to create jobs, bolster our economy, and build financial security for ordinary Somalis. Most experts agree that, with these initiatives, Somalia’s economy can achieve significant growth for our people, who are the ultimate beneficiaries of these gains.

Indeed, peace and prosperity are on the horizon for my people. Our colleagues here in America are among our most steadfast partners. The White House, the Department of Treasury, the Department of State, Congress, and the United States Ambassador to Somalia, Donald Yamamoto, have all rallied to support debt relief for Somalia.

The unanimous and unreserved international support for Somalia, shown through this process, is an acknowledgment of Somalia’s hard-won gains through goal-oriented leadership and bold reforms. The shared vision of our leadership has been instrumental to the progress Somalia has achieved so far and will continue to accomplish.

As President John F. Kennedy long ago observed, the relationship between Somalia and the United States is one of kinship owing to similarities in our countries’ democratic institutions. Somalia’s institutions have been severely injured by prolonged conflict, but lifting the burden of insurmountable debt sets them on the road to health.

After ten years of working closely with our allies to rebuild this post-conflict state, 2020 promises to be the decade for Somalia. Our people will be forever grateful.

Ambassador Ali Sharif Ahmed is the Somali Ambassador to the United States.