Sorry, America: China Is NOT Going to Collapse 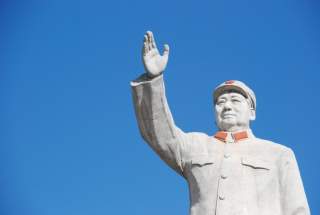 In a recent piece published in the Wall Street Journal, The Coming Chinese Crackup, China scholar and George Washington University professor David Shambaugh boldly predicts that the Communist Party of China (CCP)’s endgame has begun. Although, in the past, such brave predictions of the CCP’s collapse have been proven wrong, the fact that such a prediction has come from Shambaugh, a leading China expert, makes it all the more interesting. In a report from China’s Foreign Affairs University, Shambaugh was named the second most influential China expert in the United States. As such, Chinese scholars and officials will take his opinions seriously.

Professor Shambaugh listed five indicators that point to China’s coming collapse. However, a closer analysis of these five points reveals that Shambaugh’s conclusion is based on incorrect facts and flawed interpretations of China’s recent socioeconomic and political developments.

First, he asserts that wealthy Chinese are fleeing China. Actually, this is only half true. While a large number of wealthy Chinese have migrated to countries like Canada, most of them still do business in China, meaning that they are still have a positive outlook on China’s future. In any case, a good number of these wealthy people move their assets out of China to avoid corruption charges, which has nothing to do with China’s future development. Moreover, in recent years an increasing number of overseas students have chosen to come back to China because they have confidence in China’s future.

The second indicator is increasing political repression and CCP insecurity. Actually, not much has changed in this area, compared to the Hu Jintao presidency. The party insecurity thesis is an old argument and one can say that the CCP has always been insecure, especially since 1989. So what is so special about the present that signals the Party’s endgame? Indeed, one can argue that the Party’s endgame is soon, no matter what it does. If the Party opens up, then civil society will rise up and overthrow the regime; if the Party continues to be repressive, it will breed insecurity, which will cause its collapse.

Third, Shambaugh argues that Chinese officials come across as wooden and bored. But many Chinese officials were always like that, so there is nothing new in this observation. It is definitely not something that can support Shambaugh’s “China collapsing” argument.

Fourth, Shambaugh points out there is massive corruption in China. Shambaugh is right about the seriousness of the corruption issue in China. But he neglects to mention that the anti-corruption campaign has been very successful so far, and the main reason for this is because it has the public's support.  Corrupt officials know this too, which is why they are unable to fight back.

Shambaugh’s final argument is that the Chinese economy is slowing. Arguably, this fifth factor is the only new point in Shambaugh’s argument, as the previous four factors have been features of China’s political culture for quite some time. As such, this argument deserves serious consideration.

Shambaugh seems to believe that a slowing economy will lead to widespread grievances, which in turn will lead to civil unrest. This will lead to the collapse of the regime. Arguably, this is what fueled the Arab Spring and may be applied to China today.

However, there are several problems with this argument.

First, China’s economic slowdown is not an economic meltdown. It is true that compared to China’s past sensational growth rate, a six to seven percent growth rate is a slowdown. But which other major economy can grow at this rate? China’s economic growth must be viewed in a relative sense.

Second, would a slowdown, or even a massive financial meltdown lead to widespread disruption in Chinese society? The answer actually depends on how the effects of the slowdown are distributed throughout society. As Confucius pointed out long ago, Chinese people tend to get riled up more about inequality than scarcity(患均不患寡), which is just as true today. Most ordinary Chinese hate a high level of inequality, especially if such inequality is a result of corruption rather than legitimate hard work. While a severe crisis would lead to a massive loss of jobs and lower incomes, if the U.S. economy survived the 2008 global financial crisis, there is no reason to believe the Chinese economy cannot overcome a similar one.

Third, even if a severe economic crisis hits China and causes greater social grievances, why does this mean that social unrest will automatically lead to an uprising against the regime? In other words,, this claim is premised on the belief that the Chinese government’s legitimacy relies solely on economic performance.

Unfortunately this assumption, though widely held among scholars, is no longer true. Economic growth is certainly important for most Chinese people, but education, the environment, corruption, and legal justice matter just as much as growth. As long as the Chinese government seriously tackles problems in those areas, support for the CCP will remain high. This explains why the Xi administration has initiated bold reforms in all these areas.

Finally, even if there is political unrest will it necessarily topple the regime? This depends on the balance of power between the government and the dissenters. Where is the political opposition in China today? Does the political opposition enjoy the widespread support of ordinary Chinese people? Is there any leader who might want to play the role of Gorbachev? None of these factors exist in China.

In sum, in order to make the argument that an economic slowdown would lead to regime change, one would have to make the argument that all of the above factors would come into play. Yet, Shambaugh’s argument does not demonstrate this. Indeed, a slowing economy is actually bringing several benefits to China. A slower but stable growth rate would mean less pollution, fewer land-grabbing incidents, less corruption, less energy consumption, and lower socioeconomic expectations, all of which lead to reduced social tensions in China, decreasing the possibility of a regime collapse.

As Orville Schell and John Delury point out, wealth and power are the two things that most Chinese people have pursued throughout the last century. Today, with China’s rising power and influence, international respect can be added to this duo.

Do the Chinese also desire liberty, democracy, human rights, and so on? Of course they do. My own research, which will be presented in a forthcoming article based on survey data, shows that even among the most liberal Chinese, the desire for liberty and democracy quickly weakens as long as the Chinese government does a good job of tackling corruption, environmental pollution, and inequality. Democracy is seen as a means, rather than as an end.

Research done by late professor Shi Tianjian also shows that Chinese culture still favors authoritarianism even as people also desire democracy. Through this context, we can understand that Xi Jinping has become so popular among the Chinese masses because of his bold reform measures, which range from soccer-reform to overhauling state-owned enterprises. Even in the area of political reform, Xi is proceeding steadily as consultative democratic mechanisms will soon be implemented at various governmental levels. Thus, it is no exaggeration to say that Xi has been the most creative leader in the last three decades. If anything, the level of support for the CCP is higher now than it was in the last decade. Ignoring this reality seriously misreads Chinese politics today.

Then, why do so many Western analysts not see this reality? What do Shambaugh’s article and similar writings reflect about the mentality of some Western thinkers and analysts?

Perhaps implicit in such arguments is the collective worry or fear that China will continue to become stronger, more prosperous, and more assertive in international affairs. The West has not prepared for a possibility where it is no longer the dominant force in the world. After the Cold War, many Western democracies have adopted the triumphal “End of History” thesis.

However, now that a strong and authoritarian China has emerged, one not compliant with the standard “liberal democracy model” advocated by the West, it is seen as a threat. The “China threat” narrative is understandable, as people tend to fear something they do not understand or that looks different. And China today is a great “other,” but because it is strong, it is more threatening than a weak “other.” A strong China causes cognitive dissonance among many Western analysts because according to their theories, an authoritarian China should be weak. This explains the selective reading by Western scholars of China’s political reality.

Therefore, Shambaugh’s argument is seriously flawed due to its problematic logic. However, this does not mean that there is no merit at all in his piece.