Sorry, China: Japan Has the Better Claim over the Senkakus 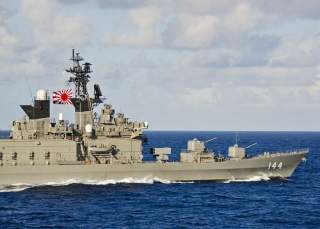 Commentary on the long-standing contest over the Senkaku/Diaoyu Islands may be entering a new and more conciliatory phase. A lot of early scholarship focused on the zero-sum question of who has proper title under international law, but more recent analyses have started to explore paths toward a cooperative resolution.

Last month, Akikazu Hashimoto, Michael O’Hanlon and Wu Xinbo offered a multipronged plan under which China and Japan would promise not to raise new territorial disputes in the future, the parties would agree to decouple EEZ determinations from sovereignty over the islands themselves, each side would acknowledge the other’s territorial claims and Japan would delegate rights of administration to a joint oversight board with authority to regulate patrols and usage. The authors view their approach as “designed to respect the core interests and nonnegotiable demands of both claimants to the islands.” Under a separate proposal by Mark Rosen, Tokyo would concede that the islands are not entitled to an exclusive economic zone (EEZ), Beijing would pull back excessive straight baselines along the coast of the Chinese mainland and acquiesce to Japanese effective control over the Islands, and the two sides would divide the sea space opened up as a result of their respective concessions. Rosen frames his plan as a simple application of international law and asserts that it will resolve tension by “tak[ing] the Senkaku off the table in terms of the effect that those islands have in establishing a maritime boundary in the East China Sea.”

These scholars share a commitment to the idea that a grand bargain is the most likely path to a peaceful resolution, and their proposals are admirably creative. But they also share a common problem in that they misapply international law in ways that uniformly disfavor Japan. Consider two key points:

First, Japan has a superior claim to title over the islands. I acknowledge that it may be difficult for readers to view this argument as anything other than yet another partisan salvo in what has become a tired and seemingly intractable debate. But the characteristics of the debate itself should not obscure the fact that the law supplies a doctrinal resolution. The best answer to the question of title is not an unknowable mystery, obscured by rhetorical heat, high stakes and history, but a simple puzzle very similar to dozens of others that international tribunals have resolved over the course of the twentieth and twenty-first centuries. And on balance, the best solution to that puzzle is that the relevant historical facts and legal doctrines favor Japan, which has exercised effective control over the Senkaku Islands for over a century, with prolonged periods of Chinese acquiescence. Those who remain skeptical should consider the views of other thoughtful analysts (here and here) who have reached the same conclusion.

Second, the Senkaku Islands probably create an EEZ. Article 121(3) of the UN Convention on the Law of the Sea provides that land features can have no EEZ if they are “[r]ocks which cannot sustain human habitation or economic life of their own.” But the Senkakus do not appear to be rocks of that type. It is widely acknowledged that Tatsuhiro Koga—a longtime lessee of the islands—brought scores of seasonal workers to live there and operate businesses processing bonito and collecting albatross feathers in the early twentieth century. In carrying out those activities, Koga demonstrated that the Senkakus are capable of sustaining both human habitation and economic life of their own. To conclude that the islands are rocks, despite this history, one must find that they are no longer capable of fulfilling functions that they previously fulfilled for extended periods of time. I have seen no evidence to support such a finding.

These observations suggest that the recent proposals for a grand bargain are unfair to Japan. Equipped with the better legal argument, why would Tokyo agree not only to acknowledge the Chinese claim, but also to delegate administrative rights? And given that the islands probably add significantly to Japan’s EEZ, why would Tokyo accept that they do not? For advocates of conciliation, the answer is that Japan would win concessions in return. O’Hanlon has emphasized that Japan could gain a Chinese promise not to raise additional territorial disputes or contest Japan’s rights of administration, while Rosen proposes that Japan could win Beijing’s agreement to pull back straight baselines along the coast of the Chinese mainland. But from a legal perspective, these are sour deals for Tokyo. None but the most ardent Chinese nationalists think that the PRC has anything better than a frivolous claim to other territories currently administered by Japan, and even Rosen describes the Chinese straight baselines as “excessive.”

In truth, what these commentators are proposing is that Japan give up comparatively strong legal claims in exchange for China's abandonment of comparatively weak claims. This might be sensible for any number of reasons, including the trajectory of the regional balance of power, but none of those have anything to do with international law. If the parties achieve a diplomatic solution, it will be in spite of the law, rather than with its assistance.

Ryan Scoville is an Assistant Professor at Marquette University Law School. This piece first appeared on the author’s blog, here.