Sorry, Democrats: The GOP Has a Bright Future 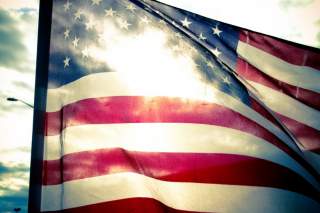 For the past several years, there has been a persistent drumbeat in the mainstream press proclaiming the pending demise of the Grand Old Party. Most recently, a Los Angeles Times headline proclaimed: “Demographic trends favor Democrats, but GOP could still win in 2016.” The Washington Post weighed in with its own doom and gloom for the GOP: “Dems Head into 2016 with a Clear Demographic Advantage.” The theme of such analysis is that America is changing and the GOP cannot or will not compete for Hispanic, African-American, Asian, LGBT and millennial voters, who will give Democrats a lock on political power in America.

Having lost the popular vote in five out of the past six presidential elections (yes, remember Al Gore won the national popular vote despite losing it in Florida), many Republicans have themselves become pessimistic about their future relevance. Political pros on both sides of the aisle know that even if Mitt Romney had won the exceedingly close states of Florida, Virginia and Ohio in 2012, he would have still narrowly lost the Electoral College vote to President Obama.

I do not agree with the mainstream pundits or share the pessimism of some of my GOP friends about our party’s future for two key reasons. First, Republicans, from the very foundation of their party, have embraced the idea of individual freedom. I believe that in America, freedom and individual liberty will, in the end, always triumph over class division and collectivism with voters of all stripes. Second, the GOP has produced a bumper crop of young reformist leaders who will shape the politics of this country for a generation.

Election returns broadly interpreted support my view. Although President Obama sits in the White House, the GOP is at high water mark across country. Republicans control the Senate. The party has its biggest majority in the House of Representatives since 1946. More importantly, there are thirty-one Republicans governors and the GOP holds over 4,100 of the nation’s approximately 7,000 state legislative seats. The GOP now controls thirty state legislatures compared to just eleven for the Democrats. It has full control of twenty-three state governments (legislature and governorship) compared to a mere seven for the Democrats.

The GOP is winning and will win in the future because it promotes freedom—freedom from the federal government telling Americans when and where they can get health care; freedom from the administration picking winners and losers in the market as it has done with politically connected green-energy companies; freedom from Washington regulators overseeing every aspect of the Internet; freedom from big-city bureaucrats trying to stifle Uber, AirBnB and other sharing economy companies; and, overseas, freedom from thugs invading their neighbors or radical Islamic terrorists beheading anyone who does not agree with them.

The GOP will begin to win at the presidential level because of its star crop of young reformer leaders, who are generating incredible enthusiasm among voters. The Democrats’ first team is comprised of baby-boomer politicians—Hillary Clinton, Joe Biden, John Kerry, Bernie Sanders, Jerry Brown and even Al Gore—all of whom are pushing their stale ideas from the 1970s, whereas the GOP will be led for decades by young stars like Wisconsin governor Scott Walker, who I have endorsed for president in 2016, Florida senator Marco Rubio, Texas senator Ted Cruz and Louisiana governor Bobby Jindal, all of whom are now in their mid-forties. Another crop of young Iraq and Afghanistan veterans, who know national security, have bolstered Republican ranks in the House and Senate; these include Arkansas senator Tom Cotton, Iowa senator Joni Ernst, Alaska senator Dan Sullivan, Arizona congresswoman Martha McSally and California congressman Duncan Hunter.

To be certain, the 2016 presidential contest will be challenging for the GOP. The Democrats are good at national elections and will fight to hang on to power with every tool at their disposal. Nevertheless, a message of freedom at home and abroad delivered by a new generation of Republican leaders can turn the tide at the presidential level and return the Grand Old Party to the White House next year.

Robert C. O'Brien is the California Managing Partner of a national law firm. He served as a U.S. Representative to the United Nations. He is a Senior Foreign Policy Advisor to Governor Scott Walker. His writings on foreign policy and national security are available at www.robertcobrien.com. He can be followed on Twitter: @robertcobrien.