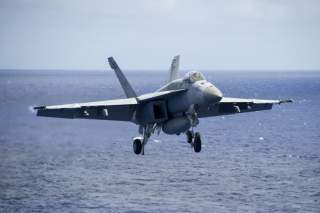 Jon Huntsman, former U.S. Ambassador to China, declared in 2010 that, “The U.S.-China relationship is the most complex and vital relationship in the world today.” Since then, business leaders and the foreign policy community alike have chimed in with similar proclamations. Alas, our clumsy statecraft these last few months in the Asia-Pacific betrays a deeply antiquated and dangerous misunderstanding of the Middle Kingdom and how to deal with its growing influence.

America’s responses to current territorial conflicts in the South China Sea and the expansion of the Asian Infrastructure Investment Bank (AIIB) in April harken back to Cold War containment. Despite its protestations otherwise, the United States has been clearly trying to establish boundaries on China’s power in the Asia-Pacific. For “the world today,” that approach encourages aggression with few benefits.

The Obama administration’s “Asia Pivot,” announced in late 2011, is ostensibly an effort to make sure that China will not dominate the economic, military and political development of that region. As part of this strategy, the United States has bolstered its relationship with Japan, China’s long-time rival, and developed closer security relations with India and Southeast Asian countries.

Though the United States had mostly done little more than rebuke China for its naval maneuvers against countries such as Vietnam and the Philippines, it has escalated surveillance of disputed waters, a move that China claims is territorial incursion. Matters came to a head in Singapore two weeks ago during the Shangri-La Dialogue, a major Asia-Pacific security conference. Secretary of Defense Ashton Carter acknowledged that China had not militarized the South China Sea alone. However, such activities would have to stop. According to Bonnie Glaser, Senior Adviser at the Center for Strategic and International Studies, the People’s Liberation Army generals in attendance found Secretary Carter’s remarks “balanced” and “moderate.” Of course, all that was undone with Secretary Carter’s visit to Vietnam and India last week to ink security deals.

On the economic front, the Obama administration tried to significantly cut barriers of trade between the United States and countries in the Asia-Pacific—except China. When the Trans-Pacific Partnership (TTP) died in Congress over, among other things, the potential loss of American jobs, it took all of the administration’s restraint to not blurt that the treaty was about something else entirely.

Further, the United States was embarrassed in April when allies such as Australia, South Korea, the United Kingdom and Germany defied American pressure to stay out of the China-led Asian Infrastructure Investment Bank. The key institutions of Western economic infrastructure—including the U.S. Treasury Department, International Monetary Fund and World Bank—tried to save face by expressing hope that the development bank would maintain high standards. Most China experts in the United States agree that the United States should have welcomed the AIIB, even joined it. Given the history, that option is no longer available.

The instinct to contain a fast-growing rival for global influence drove U.S. action in each of these cases. This strategy is a remnant of Cold-War thinking, in which relations between major world powers were neatly reduced to a zero-sum game between good and evil. A stable balance of power in that context entailed snatching up patron countries looking for a superpower’s aid and protection. China is perhaps the greatest beneficiary of this game. In “the world today,” however, balance of power entails something much more nuanced.

China and the United States are too economically dependent on one another, and have too many common security interests, to resort to pure competition. Both recognize this to a certain extent: Admiral Sun Jianguo mirrored Secretary Carter’s tone in his speech at the Shangri-La Dialogue. China had not been expecting such a strong response from the United States on its South China Sea expansion in the weeks prior, and it also moved to signal good intentions. By spearheading new military deals with China’s neighbors straight after, the United States has negated any progress made.

Given China’s rise and our relationship with them, the United States cannot be effective in the Asia-Pacific by leading from the front. We cannot approach the region as the indispensable nation. China is extremely sensitive to any indications that America is gathering a team of allies in Asia, believing that we are doing so at their expense. The PRC also views U.S. attempts to intervene in regional disputes as arrogant interference.

That is not to say that America should exit from that region. It should, for example, continue to insist upon freedom of navigation in international waters, as they are defined by the United Nations Convention on the Law of the Sea. It should continue to push for stronger economic ties with Southeast Asia.

At the same time, its leadership role (along with China’s) in the region should be that of first among equals. The United States is in a position to facilitate bilateral talks, which it has previously opposed, between China and individual Asian countries over disputed territory and exploration of seabed natural resources. America should also work with the AIIB and other regional, multilateral efforts to combat the region’s $1 trillion infrastructure deficit without flying the flag of Bretton Woods standards.

Cooperation with China is necessary for a successful “Pivot to Asia.” Our military reach and standing relationships in the Asia-Pacific cannot replace an understanding of how the area currently works. If we continue to rely on old habits, recent headlines of a looming military conflict will persist.