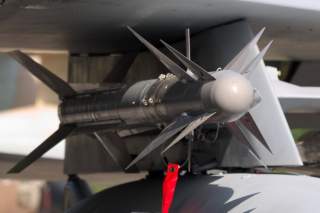 Present-day Israeli foreign policy is giving considerable attention to the Southeast Asian countries, namely Vietnam, the Philippines, Thailand, Singapore and Myanmar. In the past few years, there has been a heavy traffic of high-level defense-oriented visits from both sides; as a result, military cooperation has received greater importance.

The current state of political ties with the West has brought about this shift in Israel’s foreign policy toward the Asian region, particularly Southeast Asia. Defense relations with India and South Korea are visibly on the upswing, and economic relations with China are strong. As part of Israel’s “Look East” policy, equal importance is given towards strengthening ties with Japan. Although the extent to which both countries can advance their ties in the defense arena is uncertain, cyber security is one field where both countries see significant potential for cooperation. Several factors have led to this bonhomie.

What Has Facilitated Israel’s Entry into the Region?

Rising anti-Israel social movements (such as Boycott, Divestment, Sanctions) in European countries including the United Kingdom, Austria, Sweden and Ireland, mainly over settlements and military activities, are partly responsible for this policy reorientation. Not all is well between the European Union and Israel, as they do not see eye-to-eye on issues, particularly related to the construction of settlements. While the EU considers its funding for some structures in Area C of the West Bank to be “humanitarian assistance,” Israel claims it is “a political step designed to help the Palestinians to establish facts on the ground.” From time to time, Israel has even demolished some of these structures and caused considerable anger in Europe. As a result, relations between the two are cold.

Simultaneously, the decline of political ties with the West, particularly with its largest benefactor—the United States—is attributable to Israel’s overtures towards Asia-Pacific countries. Washington’s growing posture towards Iran following the 2015 nuclear agreement irked its strongest ally in the Middle East. Moreover, during 2014’s Operation Protective Edge, Israel faced diplomatic setbacks as five Latin American countries—Ecuador, Brazil, Chile, Peru and El Salvador—recalled their ambassadors, and calls for boycotting Israeli arms exports found resonance in many countries the world over. This reflected poorly on Israel’s political standing. There have been certain developments within the Middle East, although the Arab countries continue to remain hostile (at least politically) to Israel. It is no secret that there is ongoing tacit security-related cooperation with Saudi Arabia over matters concerning Iran. A commonly shared threat perception vis-à-vis Iran has brought about this shift. But this does not guarantee an immediate improvement in political ties between the Arab countries and Israel. In Southeast Asia, however, barring a few protests (particularly in Malaysia and Indonesia) condemning the use of excessive force during past military operations and handling of the Palestinian issue in general, Southeast Asia is relatively silent, with negligible anti-Israel rhetoric. It is this lukewarm response that has created fertile ground for Israel to embolden its relations with these tiny nations.

What Has Triggered Israeli Arms Sales to the Region?

Notwithstanding political and social issues, the reduction in European defense budgets, the withdrawal of U.S. troops from Iraq and the impending drawdown in Afghanistan posed challenges to Israel, according to an Israeli Defense Ministry official. Over the last few years, arms sales to Europe and North America have remained low, but the year 2015 witnessed an increase in Israeli exports, owing to the rise of terror-related activities. For that matter, the Asia-Pacific region has maintained equilibrium, becoming the largest importer of arms from this diminutive Middle Eastern country.

For Israel, arms exports, mainly for funding of its defense research and development (R&D) programs, remain preeminent. The government requires an uninterrupted flow of foreign earnings coming in to the country. It is at a juncture where, as observed by scholars like Aharon Klieman in his widely read 1985 book Israel’s Global Reach: Arms Sales as Diplomacy, “The military rationale for transferring Israeli weapons in effect served as the intermediate link between political and foreign policy incentives on the one hand, and economic motives, on the other.” Moreover, current military modernization and indigenization programs, territorial disputes and internal discords, and the rising phenomenon of radical extremism and related counterterrorism measures are some of the contributing factors for Israel’s arms exports to Southeast Asia. The problem of aging weapons systems in this region particularly led its countries to seek alternative means of both upgrades and imports. The military-technological advancements achieved by the Israeli defense industry in upgrading and manufacturing a wide range of sophisticated weapons systems caught the attention of defense planners in Southeast Asia. For example, in July 2015, six M113 armored personnel carriers, upgraded by Israel, were delivered to the Philippine Army. A year earlier, Israel’s Elbit System was awarded a contract worth $290 million to an unnamed Asia-Pacific customer to perform upgrades on tank, and another $85 million for upgrades on a country’s (most likely Singapore’s) F-5 avionics.

As Israel has already engaged with these countries in the past, the revival of military-security ties is no longer a herculean task. Tellingly, the salience of military establishments in Israel and its clients eased the enhancement of cooperation in military-security affairs.

Alongside arms transfers, upgrades and joint ventures are important patterns in arms exports. For example, Israel Weapon Industries established a production facility (at a cost of $100 million) in Vietnam to help supply Galil ACE 31 and 32 assault rifles to the Vietnam People’s Army. In 2014, the two countries signed agreements to establish a “formal framework” to upgrade their bilateral defense relations, including promotion of future technology transfer and industrial cooperation. To this effect, Israel established a defense attaché in Vietnam in 2015. Israel will likely be involved in upgrading Vietnam’s defense systems and technology. Between 2005 and 2015, Vietnam imported Spyder and Derby missiles and ELM-2288/ER and ELM-2022 air defense radars from Israel. Now, since the lifting of the lethal-arms embargo during U.S. President Barack Obama’s recent visit, more traffic can be expected in the Israeli-Vietnamese arms trade.

Myanmar is mulling strengthening military ties with Israel. For the first time in fifty-five years, military Chief of Staff Senior General Min Aung Hlaing visited Israel in September 2015 to discuss the enhancement of security cooperation. He toured the naval base in Ashdod, the air force base in Palmachim and defense manufacturers such as Israel Aerospace Industries (IAI), Elta and Elbit Systems. The military is apparently purchasing the Israeli-made Super Dvora 3 fast patrol boat. Myanmar has already purchased 155-millimeter (manufactured by the Israeli firm Soltam), Uzi submachine guns, 105-millimeter howitzers and upgraded armored cars. There is also an ongoing arms trade with Thailand; since 2000, it has purchased Searcher Unmanned Aerial Vehicles (UAVs), Python-4 missiles, Aerostar UAV and the Elbit Systems—built ATMOS-2000 155-millimeter self-propelled gun (in 2014–15). A joint production venture on this system between Elbit and the Royal Thai Army (RTA) is likely.

A similar trend is found in the Philippines, which has already considered purchasing Israeli-made surface-to-air missiles (SAM), UAVs and missile launcher systems. In January 2014, an agreement was signed for the purchase of twenty-eight light armored vehicles at a total price of $19.7 million. The Philippines inked another order for three ELM-2288 radars from Elta Systems, worth $56 million, earlier this year, for enhancing its surveillance capabilities in the West Philippine Sea (or South China Sea) and protecting its maritime boundaries. Israeli defense firms may continue to secure arms contracts due to President Benigno Aquino’s military modernization plans.

These markets have contributed significantly to Israel’s arms-export revenues. Despite the plunge in overall sales, the Asia-Pacific region (including Southeast Asia) has remained the largest purchaser of Israeli weapons systems for the last four consecutive years. Israel’s arms export value for 2015 stood at $2.3 billion (with a slight decline). In 2014, out of total exports worth $5.6 billion, the region $3 billion worth of arms. In 2012 and 2013, too, the figures stood at $4 billion and $3.91 billion, respectively. Owing to a few megadeals and joint ventures announced between Israel and India, Asia’s contribution to Israeli arms exports will likely see another jump in the following year. Beside aircraft and related systems upgrades, missile and antimissile systems, border protection equipment, early-warning systems, intelligence equipment and military aviation components are the most sought-after items.

Israel’s increased military cooperation with the Southeast Asian countries has come at a time when there is rising tension in the disputed South China Sea. Owing to this territorial discord, there has been a significant hike in the defense budgets of countries such as Vietnam, Indonesia, the Philippines and China. With tensions looming large, Israel will have to carefully tread in its arms sales to the region. But compared to exports by mega vendors, namely Russia and the United States, Israel’s share is less significant. Armed forces in Southeast Asia still prefer military items and technologies developed by these two powers. As observed by expert like Richard A. Bitzinger,