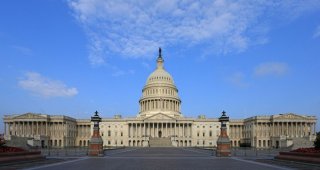 As Congress returns to work after a long summer recess, one of the big issues it needs to settle concerns next year’s defense budget. Right now, the House and Senate are about $18 billion apart in how they would fund the Department of Defense in 2017. That difference of opinion could produce a serious standoff in the weeks ahead. Congress needs to compromise on this matter in the short term—and prepare to work with a new president to address the real culprit, the 2011 Budget Control Act, come January.

Here is the essence of the dilemma. Before the new fiscal year begins on October 1, lawmakers must triangulate between three positions. President Obama’s national defense budget, including about $60 billion in war costs and other “overseas contingency operations” (OCO) funds, calls for a total of $610 billion for 2017. That figure also includes the Department of Energy’s nuclear weapons activities (but not Homeland Security or Veterans Affairs).

The Senate Armed Services Committee passed a bill of similar amount to what the president had requested. But Chairman John McCain has called for adding nearly $20 billion to that figure, even though last fall’s budget deal between Speaker Paul Ryan, Senate Majority Leader Mitch McConnell and President Obama would not allow it.

The House Armed Services Committee under Chairman Mac Thornberry technically stays within the $610 billion ceiling too. Yet it does so only by diverting $18 billion of OCO funds to regular Pentagon needs. That approach bill would leave OCO funds inadequate for the year. Our deployed troops would be starved for funds come spring, when the OCO funds run out three-quarters of the way through the fiscal year. Of course, the House has no intention of actually seeing that happen. But because its members are so sure that no one would tolerate cutting off money for GIs in harm’s way, their bill constitutes a tactic. They are sure that by spring, a new Congress and new president would have no choice but to approve additional supplemental funds for the end of 2017.

At one level, such a plus-up might not be so bad. The current Obama-Ryan-McConnell compromise budget plan of 2015, which raised budget constraints for the next two years above sequester levels, is at the low end of what would be acceptable for the nation’s defense. Today’s U.S. military remains excellent. But there is no doubt that it is still recovering from a decade and a half of wartime operations, which continue today at a more modest scale. Full-spectrum readiness for high-end warfare, in particular, will take another two to three years to restore, even if requested budgets are fully funded. Nor is there any doubt that modernization requirements for a world of a rising China, a resurgent Russia, and serious threats from ISIS as well as North Korea and other sources, remain significant. Improved missile defenses, stealth aircraft, a larger submarine fleet, more resilient space and cyber systems, and various types of improved robotics are all needed. The excellence of today’s military does not allow it to rest on its laurels or stand still.

Moreover, today’s U.S. military, while surely still expensive, is modest in size. With just over 1.3 million active-duty troops, and just under another million reserve and Guard personnel, its uniformed personnel number two-thirds their latter Cold War levels. China’s military is larger; North Korea’s and India’s are not far behind. Our active-duty Army is actually smaller than it was in the relatively halcyon days of the 1990s.

At just over $600 billion dollars, today’s national defense budget exceeds the Cold War average of $525 billion (measured in inflation-adjusted 2016 dollars). But it is much reduced from the nearly $800 billion level of the late Bush and early Obama years, and constitutes just over 3 percent of GDP after ranging from 5 to 10 percent during most of the Cold War. Yes, we can make some reforms and efficiencies, including with base closures and military compensation reform, but it is hard to see how these can save us more than $10 billion a year anytime soon.

In one sense, all the above reinforces the House approach to the military budget. It sure would be nice, and helpful, to have another $18 billion next year.

But in another sense, there is already too much looseness in the way we build the defense budget, as former Pentagon Comptroller Robert Hale has recently argued in a new paper. Independent analyses such as those of Todd Harrison at CSIS estimate that the $60 billion OCO account already includes at least $20 billion in costs that should really be in the regular, “peacetime,” or base budget for defense. The House approach would roughly double that misuse of what is supposed to be a supplemental funding mechanism for unforeseen exigencies. Speaker Ryan has declared that such contortions of OCO funds are poor budgetary practice, and he is right.

So here’s a two-pronged proposal. First, to get through the immediate budget standoff for 2017, add roughly $10 billion to the OCO account. There is solid basis for doing so. We now know, based on President Obama’s decision in June, that the Afghanistan mission will include three thousand more troops next year than previously expected. That alone means about $5 billion to $7 billion in added costs for the twelve-month period. The campaigns in Iraq and Syria have continued to intensify as well, even if modestly and gradually to date, as have a number of smaller efforts throughout the broader, beleaguered Middle East. All told, it is not unreasonable to estimate that OCO expenses will be about $10 billion greater in 2017 than could be foreseen when the president proposed his budget to Congress back in February.

Second, let’s resolve now to send the new president and Congress a clear message: the Budget Control Act caps are at least somewhat too low, and need to be recalibrated after Inauguration Day. Caps do serve a disciplining purpose. But both defense and domestic investments are headed for their lowest levels as a percent of GDP in more than half a century, even as entitlements are protected and interest payments rise. These unrealistic caps have forced us into budgetary games that we need to reverse as much as possible. The nation needs a new budget deal that provides 5 to 10 percent more resources for everything from domestic infrastructure to science R&D to education to national defense—and that reduces our dependence on smoke-and-mirrors approaches to defense budgeting, which will soon become entrenched and endemic if we are not careful.