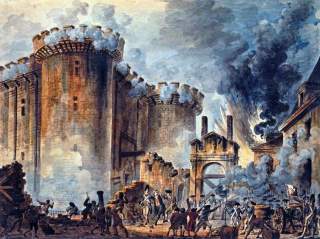 One of the oddest dinner parties I’ve attended took place at Washington’s plush Watergate apartment complex in the mid-1980s. Along with me, the host, a retired gentleman spook, had invited one or two other OSS/CIA alumni, a colorful British journalist and backstairs Thatcher advisor, the newly-knighted Sir Alfred Sherman and Hollywood legend Douglas Fairbanks Jr. Although I knew Sir Alfred well from numerous visits to London, I was there mainly as a friend of Fairbanks. And he was there because, in between star turns on stage and screen, Doug had done naval and intelligence work during World War II and—as I had long suspected—continued to dabble in the dark arts as a civilian.

Following a fairly good dinner and excellent wine, the party adjourned to a separate Watergate suite where our host kept his private collection of books on espionage through the ages. There were thousands of volumes, some quite rare, some already familiar to me as an occasional historical writer. It was fascinating going, sipping cognac, poring over old tomes and hearing almost as old spy lore recalled by some of the spooks who had actually been there. About the only thing missing was a comprehensive, single-volume history that pulled it all together from ancient times to living memory.

Now there is one that does. Professor Christopher Andrew has produced a masterful and illuminating history of the secret side of world history. While a hefty tome, it is a masterpiece of concision, more than three thousand years of espionage and intelligence gathering covered within a single volume. Just as importantly, Andrew has a captivating, occasionally wry writing style that keeps the story moving and entertains as it informs.

And it’s all in a good cause, since, as the author explains in his introduction:

Twenty-first-century intelligence suffers from long-term historical amnesia. Early in the Cold War, the historian Sherman Kent, founding father of US intelligence analysis, complained that intelligence was the only profession without a serious literature: “From my point of view this is a matter of greatest importance. As long as the discipline lacks a literature, its methods, its vocabulary, its body of doctrine, and even its fundamental theory run the risk of never reaching full maturity.” It was more difficult to learn the historical lessons of intelligence than of any other profession mainly because there was so little record of most of its past experience.

Thus even the brilliant scholars and mathematicians working at Bletchley Park during World War II were barely aware of the fact that “[t]hree times over the previous 500 years, Britain had faced major invasion threats – from the Armada of Philip II of Spain in 1588, from Napoleon at the start of the nineteenth century, and from Hitler in 1940” yet the Bletchley codebreakers who cracked Hitler’s ciphers, “had no idea that their predecessors had broken those of Philip II and Napoleon . . .” No other wartime profession was as ignorant of its own past, he adds. “It is impossible, for example, to imagine an economist who had never heard of the Industrial Revolution.”

Nor is it an exaggeration to maintain, as the author does, that before World War II, “educated British people knew far more about intelligence operations recorded in the Bible than they did about the role of intelligence at any moment in their own history,” since the Old Testament (the Jewish Tanakh) “contains more references to spies than any history of Britain or of most other countries.” This is even more true in the case of the United States, a very late entry in the global intelligence sweepstakes. Spain, France, Britain, the Holy Roman Empire and the long forgotten but once far-flung commercial network of the Venetian Republic, even Peter the Great’s half-barbaric Russia, had all been major players long before the United States was born, much less before it became a global power with overseas possessions of its own in the decades immediately preceding World War I.

But forget about Europe, the New World and Greco-Roman classical civilization. Andrews reminds us that the:

…first books to argue that intelligence should have a central role in war and peace were written not in classical Greece or Rome but in ancient China and the Indian subcontinent: The Art of War (Sunzi bingfa), traditionally ascribed to Confucius’s contemporary, the Chinese general Sun Tzu (c. 544-c.496 BC); and the Arthashastra, a lengthy manual on statecraft attributed to Kautilya (c. 350-c.283 BC), a senior advisor to the founder of the Mauryan dynasty in northern India.

At first glance, this might seem a bit of distant, arcane historical trivia, but nothing could be further from the case:

Central to the revival of interest in intelligence in twentieth-century China and India was the rediscovery, after centuries of neglect, of these two ancient works. In India today, the Arthashastra has a status similar to that of Aristotle’s Politics and Machiavelli’s The Prince in the West. Sun Tzu has been far more revered in Communist China than in any imperial dynasty since the third century AD. Even in the United States, he is more frequently quoted than any pre-twentieth-century Western writer on intelligence.

Another early starter Andrew cites—and some of whose militant followers are still very much a concern of the modern intelligence community—took a sophisticated approach to intelligence while western Europe was still in its so-called Dark Ages. “[T]he global leaders in intelligence operations were Muhammad and the Islamic Caliphate established in the Middle East after his death in 632.” In the course of “uniting the tribes of the Arabian Peninsula under the banner of Islam, Muhammad fought twenty-seven battles and instigated about fifty armed raids” and “[t]he Hadiths (sacred records of Muhammad’s words and deeds) give many instances of how, during his military campaigns, he paid close attention to intelligence ... frequently cited by Islamic extremists [today].”

European spy and intelligence operations only begin to emerge in something like modern form in a few influential states in Renaissance Italy, most notably the Venetian Republic and the Vatican, both of which had far-flung global networks in the form of Venetian merchant travelers and, in the case of the Vatican, clerical agents spread throughout pre-Reformation western Europe and sometimes sent as emissaries or missionaries to non-Christian empires in Asia and Africa. With the rise of major, centralized monarchies in emerging nation states like Spain, England, France and, much later, a semi-modernized Russia and newly-united Germany and Italy, the blank spaces on the espionage map begin to fill up.

In an introduction, thirty chapters and a conclusion, Andrew serves as guide and mentor on a grand tour of the secret side of history from “In the Beginning: Spies of the Bible and Ancient Egypt from Moses to the Last Supper” to “‘Holy Terror’: From the Cold War to 9/11.” Needless to say, it is quite a ride and impossible to even begin to do justice to in a single review. It is, however, possible to give a sense of the work’s breadth, insight and erudition by citing a few themes, cases and examples.

Thematically, the history of intelligence, like history itself, is a reminder of how often and how badly even sophisticated intelligence operations can get things wrong. In 1848, for example, as the tide of revolution swept from France to Germany, Italy, the low countries and even the seemingly unshakable Hapsburg Empire, almost everybody in power was caught sleeping. Austrian Chancellor Metternich, the architect of the post-Napoleonic restoration of monarchic “legitimacy” as the guiding principle for maintaining European peace and stability, didn’t see the storm coming until it hit, despite the Austrian monarchy having what was probably the most pervasive and tightly structured internal intelligence and security apparatus of any European power.

Although Metternich and monarchs like Prussia’s Frederick William IV

…read intelligence reports from their spies and cabinets noirs attentively, the news of the February Revolution in Paris and the enthusiasm it aroused in Vienna and Berlin took them by surprise. In March 1848 rioters forced Frederick William and his army to flee from Berlin. For several months “unrespectable” and “unruly” crowds dominated the capital. Seeing revolutionary demonstrators in front of Schönbrunn Palace in Vienna, the intellectually challenged [downright feeble-minded would be a more accurate description] Austrian Emperor Ferdinand I is said to have asked Metternich: “Well, are they allowed to do this?” When they continued demonstrating, Ferdinand abdicated in favour of his nephew Franz Joseph, who was to rule Austria for the next sixty-eight years. “Afterwards,” he wrote in his diary with evident relief, “I and my dear wife heard Holy Mass . . . After that I and my dear wife packed our bags.” Metternich fled from Vienna on 13 March and, after a difficult journey, found refuge from revolution in London on 20 April.

London was a safe destination, Professor Andrew wryly concludes, because “[d]espite a revival of Chartism in 1848, most British people believed that revolutions were only for foreigners.”