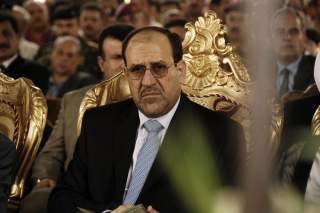 As forces of the Islamic State of Iraq and Syria (ISIS) conquer major chunks of Sunni-inhabited areas in Iraq and advance on Baghdad, it has become fashionable among U.S. politicians and pundits to place the blame for the latest debacle at the feet of Prime Minister Nouri al-Maliki. Just a few years ago, though, those same opinion leaders hailed him as the symbol of a new, democratic Iraq. Maliki’s journey from Washington-backed national savior to scapegoat is a familiar one.

Time and time again, U.S. leaders and their media allies have anointed a Third World political figure as the latest Great Pro-Western Democratic Hope, only to become disillusioned when that leader fails to live up to Washington’s unrealistic expectations. Then, that leader becomes the cause of everything that has gone wrong in his country, combined with the implicit assumption that a change of leadership would make the troubling developments go away. It is a lazy, naïve style of foreign policy that ignores far deeper causes of instability in many of Washington’s client states.

The transformation of Maliki’s image from one of a democratic statesman to a divisive and inept sectarian political hack is similar to what has occurred in Afghanistan, another arena of dashed U.S. nation-building aspirations. In the years immediately following Washington’s ouster of the Taliban regime in Kabul, U.S. officials portrayed Hamid Karzai as someone who was committed to forging a modern, democratic Afghanistan. A few critics in the United States derided him as little more than the mayor of greater Kabul, and argued that his ability to stay in power at all was heavily dependent on the continued backing of U.S. occupation forces. American enthusiasts of Karzai’s rule, however, summarily dismissed such cynical observations.

Evidence gradually mounted, though, about the growing corruption (both financial scandals and indications of stolen elections) surrounding Karzai and his cohorts. Washington’s criticism of Karzai’s performance in office spiked, and calls for new leadership to save Afghanistan from sliding back into chaos have steadily grown. But placing the blame for Afghanistan’s woes solely, or even primarily, on Karzai ignores the deep political and ethnic fissures in that country. Examining those factors would require admitting that perhaps America’s nation-building hopes there were unrealistic from the outset, and U.S. officials are not inclined to engage in such introspection.

The pattern of investing excessive hopes in the leadership of a client and then turning on him when unpleasant reality intrudes goes back decades. A prominent example occurred during the late 1950s and early 1960s with respect to South Vietnamese President Ngo Dinh Diem. Powerful lobbies in the United States prodded Dwight Eisenhower’s administration to back Diem’s government against Hanoi’s attempt to reunify Vietnam under communist auspices. In a May 1955 Life Magazine editorial, publisher Henry Luce asserted that Diem was “a Roman Catholic and a simon-pure Vietnamese nationalist, thus doubly proof against Communist force.” Luce went on: “Diem’s growing strength immensely simplifies the task of U.S. diplomacy in Saigon. The task is, or should be, simply to back Diem to the hilt.” Other prominent media outlets were equally laudatory. Max Lerner of the New York Post hailed him as nothing less than a “calendar saint.” Newsweek correspondent Ernest K. Lindley described Diem as “one of the ablest free Asian leaders.”

Just a few years later, Diem’s image in the United States was very different, as his repressive policies, and South Vietnam’s instability, became increasingly evident. Undersecretary of State George W. Ball noted caustically, “we were rapidly discovering that the tiger we were backing in Vietnam was more of a [corrupt] Tammany tiger than a disciple of Thomas Jefferson.” Television broadcasts showing Buddhist monks engaging in self-immolation in the streets of Saigon and other cities to protest Diem’s rule caused a rapid decline of support both among U.S. officials and the American public. “Nobody liked Diem,” Attorney General Robert Kennedy admitted. “But how to get rid of him and get somebody who would continue the war, not split the country in two and, therefore, lose not only the war but the country—that was the great problem.” Washington eventually signaled to South Vietnamese generals that the United States would not object to a coup against Diem.

Washington’s initial expectations about Diem’s competence and commitment to democracy were delusional. Moreover, the decision to back a Catholic in a predominantly Buddhist country was a high-risk strategy. The aftermath of his ouster and death, though, proved that South Vietnam’s problems ran far deeper than Diem’s personal and political flaws. U.S. leaders desperately sought a new, effective leader, eventually settling on Nguyen Van Thieu. But like Diem before him, Thieu was unable to instill a sense of patriotism and a determination among South Vietnamese to thwart the communists, even with strong U.S. backing. And when American forces withdrew, the country collapsed in a little more than two years.

Likewise, Iraq’s problems are intractable, not just the result of Maliki’s misrule. The notion that he ever intended (or was able) to unite that fractious state’s antagonistic, ethnoreligious communities was naïve. Maliki is, and has always been, a Shiite partisan, and his constituents want to engage in payback to the Sunni minority that dominated Iraq’s politics and economy even before the era of Saddam Hussein. The dispossessed Sunni elite are now attempting to overturn that new Shiite-controlled order. The Kurds have enjoyed de facto independence for years in the northern territories they control, despite the fiction of a united Iraq, and they now flirt with making that independence official. Such disintegrative factors go far beyond Maliki’s authoritarian tendencies, general corruption and ineptitude, real as those defects might be.

U.S. officials and pundits need to practice far more skepticism about the prospects for unity and democracy in Third World countries. In most cases, both prospects are decidedly limited. Above all, we must stop portraying foreign political figures in heroic terms, only to repudiate those same figures when they predictably fail to live up to our fantasies. Even a dollop of realism would go a long way toward sparing future U.S. administrations the frustration and embarrassment we experienced in such places as Vietnam during the Cold War and are now experiencing again in Iraq and Afghanistan.