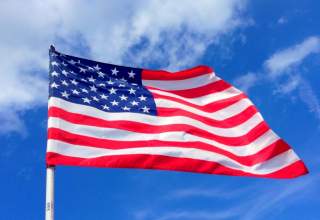 Hard power no longer works. The use or threat of force will never disappear from inter-national relations, but unlike in the mercantilist days of yesteryear when military might could unlock economic gains, today’s armed interventions have become a last resort, for their instigators are well aware of associated costs. Yes, Russia recently invaded Ukraine, but not before it tried all other means (including threats) to dissuade Kiev from sealing its fate to the West. Sure, defense spending has shot through the roof among Asian emerging powers, but primarily because China’s neighbors fear its growing assertiveness, not because they are eager to use their new purchases. Even Beijing seems to acknowledge the economic risks of pursuing bellicose policies, as illustrated by its decision to ease tensions with Japan following a two-year spike in confrontation.

So has soft power taken over? Hardly. Anti-Americanism may have abated of late, but scandals including the Snowden revelations have durably tarnished the country’s image. Meanwhile the European Union, once heralded as a model of peace and prosperity, alternates in headlines between trying to keep its members in (Grexit, Brexit) and pushing its neighbors out (migrants). China, for its part, recently ranked no higher than 30th most admired nation in the world – quite a long ways away from a global inspiration.

Some of the reasons for the above are structural. Internationally, we now live in what Ian Bremmer has called a G-Zero world, “one in which no single country or bloc of countries has the political and economic leverage – or the will – to drive a truly international agenda”. Meanwhile Moises Naim best captured the Zeitgeist within borders in noting that “the end of power” means “Power has become easier to get, harder to use and far easier to lose”.

Yet in an environment still predominantly characterized by interdependence, countries must continue to influence one-another somehow. To do so, they’ve needed to get creative and have resorted to rolling out a new form of power: what I call Standard Power, or the power of standards.

Standards are not new, but their significance has recently been propelled to the first order by governments seeking to exert a less threatening – albeit tremendously impactful – form of influence on their peers. For therein lies the genius of Standard Power: it is as discrete as it is transformative. Discrete because often born out of arcane technical discussions; transformative because once a standard has taken over, rarely is it overturned. And so the war for standards is generally over by the time we realize it was ever on.

The most visible tip of Standard Power’s iceberg has been the recent negotiation of Trans-Pacific (TPP) and Transatlantic Trade and Investment (TTIP) partnerships, both part of a race to set the standards for 21st century global trade. Of the former, US President Barack Obama has argued that “we should write those rules before China does. That’s why I’ve been working with Congress to pass new, 21st century trade agreements with standards that are higher and protections that are tougher than any past trade agreement.” While of the latter, EU Trade Commissioner Cecilia Malmström has declared that “our idea here is to establish disciplines that would set gold standards… and for these, in many cases, to be a starting point for future negotiations on global rules.” The message couldn’t be clearer.

The West has been accustomed to being the global standard-setter for centuries and is attempting to use these standards’ rejuvenation as a means of maintaining its declining geopolitical position. Nor is it hiding its ambition; with TTIP having been repeatedly compared to an “economic NATO” (including by former NATO Secretary-General Anders Fogh Rasmussen himself) and TPP having been deemed to be “as important […] as another aircraft carrier” by US Defense Secretary Ash Carter.

The United States’ attempt to keep allies from joining Beijing’s newly-created Asian Infrastructure Investment Bank (AIIB) by emitting doubts over China’s ability to uphold strict governance and environmental rules was another clear – albeit botched – example of this manipulation of standards for geopolitical intents. Interestingly, the use of Standard Power hasn’t been the sole prerogative of Western economies oppressing emerging ones. Instead, countries ranging from Russia to India have shown great appetite for using standards – especially safety-related ones – as a means of nagging Western competitors. Emerging markets have even begun using standards to exert political influence on one-another. China, for example, recently postponed the construction of a gas pipeline with its Russian neighbor on the grounds that Moscow had refused to run an open tender for the project’s development. Ah yes, China’s everlasting concern for transparency!

Part of the reason Standard Power demands our attention today more than ever is that we stand at the eve of an explosion in new standard-setting. Two sectors in particular combine a vast commercial potential with unsustainably-low levels of pre-existing regulation: the Internet of Things, and commercial drones. The former’s future market impact has been appraised at between USD 3.9 trillion and USD 11.1 trillion per year globally, while the latter could deliver upwards of USD 100 million in gains every year in the United States alone. Yet neither is regulated by clear rules of the game, meaning they are up for grabs and new gatekeepers for their development will soon emerge.

Whoever succeeds in establishing tomorrow’s preferred standards in each of these domains will reap great economic and – most importantly – geopolitical benefits. For Standard Power is about writing the lingua franca of global business: “Unlike in computing, with its standardized suite of keyboards and USB connectors, there are no dominant standards in industrial equipment,” for example. As a leading researcher has noted in reference to next-generation manufacturing: “Such agreements may sound dull, but they will make manufacturing cheaper, quicker and more reliable. RFID, NFC and OPC UA, the machine to machine equivalent of HTML, are all making it easier for factories to standardize”. Likewise, as one Amazon vice president has been quoted as saying about commercial drone regulation: “‘Imagine the Internet without HTTP and TCP/IP’ […] ‘That’s basically where we are now. So we’re putting our foot down, and we’d like everybody to feel an urgent need to come together and create these standards.’”

Leading standards aren’t born in a vacuum. Instead, they’re developed on the back of intense competition. Think it was a foregone conclusion that the Internet would be US-led? Think again. Instead, “It was by no means a given that TCP/IP would emerge as the global standard. Some—especially in Europe—did not necessarily see TCP/IP as the answer.” To the point that an alternative language named Open Systems Interconnection (OSI) “was heavily backed by European governments,” until it eventually faded.

Today a new battle is on. And China, for one, is well aware of the stakes--an integral part of its “Made in China 2025” strategy is to “help China's high-end manufacturing standards gain traction abroad and in international standards bodies”. Though more cautiously, Beijing has also allowed its commercial drone operators to set new records of their own.

China isn’t alone in waking up to these issues. After years of criticism for being unresponsive to the commercial potential of unmanned aviation, the US Federal Aviation Administration (FAA) recently appointed two senior leaders to crack that nut. Even the usually-slow European Union is getting its act together, with one Member of the European Parliament gaining recent traction in remarking that “industry and regulators must come together in order to avoid the ‘chicken-and-egg’ problem, whereby industry is reluctant to invest in developing the necessary technologies without certainty about how they will be regulated, while regulators are reluctant to develop standards until industry comes forward with technologies for authorisation”.

Here we arrive at an interesting paradox: governments that have the most to gain from their countries being in the lead when it comes to establishing new standards, non-state actors are often the ones to take the initiative in working towards that goal. Compare, for example, the pro-activeness of an Amazon or Google in reshaping commercial drone policy with the US government’s improvised tackling of the Internet of Things, about which it was recently revealed that “many of the most plugged-in legislators belong in the ‘wait-and-see’ camp”.

On the face of it, this decentralized – if not chaotic – approach to crafting policies that will eventually hold vast geopolitical implications may seem like yet another reminder of a characteristic lack of efficiency among Western democracies. And indeed if the ability to centralize policy were the determining factor in charting the course for 21st century standards, there would be every reason to believe that China’s authoritarianism would place it atop of competition. But this would amount to forgetting that non-state actors have long been instrumental in shaping US domestic and foreign policies, and should be considered assets rather than liabilities in setting today’s new frontiers as well. Indeed, more than any other factor, what determines whether a standard will attain dominance is how open and attractive it is to users; and in this regard the West’s track record is not too shabby when compared to its more opaque and controlling state competitors.