Statement of the National Coalition to Prevent an Iranian Nuclear Weapon 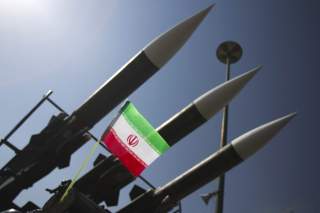 Prevention of an Iranian nuclear weapon is a vital U.S. national security objective. The multilateral nuclear agreement with Iran, the Joint Comprehensive Plan of Action (JCPOA), assures that if it continues to comply with it, Iran cannot acquire a nuclear weapon for at least 13 years, after which time the parties can either implement a follow-on agreement or be free to take other approaches to keep Iran to its JCPOA pledge never to acquire a nuclear weapon. The Iran agreement does not guarantee that Iran will be without a nuclear weapon permanently, but it represents a major first step toward achieving an important long-term U.S. objective and a foundation on which further progress can be built.

The U.S. together with the UK, France, Germany, China, Russia and Iran should, therefore, continue to implement rigorously the JCPOA. The U.S. should also participate actively in the JCPOA Joint Commission to ensure Iranian compliance; to influence necessary responses to any Iranian violations; and to explore with other Joint Commission members ways to prepare supplementary or follow-on agreements that provide long-term security against an Iranian nuclear weapon.

We also believe that continued implementation of the JCPOA is critical for the security of our European and East Asian allies, as well as to a continued positive, coordinated approach toward the Middle East and nonproliferation.

Commitment to full compliance with the JCPOA should not prevent the U.S. and its allies from confronting Iran where necessary to enable a political solution in Syria, the national stabilization and territorial integrity of Iraq, and a peaceful settlement to the war in Yemen.

U.S. strategy must ensure that Iran does not have a nuclear weapon and that neither Israel nor the Gulf States are threatened by Iran or Iran’s proxies such as Hezbollah. Regional security and stability and U.S. relations with partners and friends across the Middle East must remain at the forefront of U.S. policy.

We the undersigned as individuals believe it is time to come together on a non-partisan basis to form this National Coalition to Prevent an Iranian Nuclear Weapon. Not all signers supported the JCPOA before its implementation. We are also supported in this National Coalition by leaders of The American Security Project, The American College of National Security Leaders, The Iran Project and other organizations that do not, as a matter of policy, sign on to coalitions.

We support the rights of Iranian citizens to free speech and peaceful protest and we condemn the use of force against peaceful demonstrations. In responding to developments in Iran, now and in the future, the U.S. should be careful not to take any steps that might undermine the JCPOA which remains vital to U.S. national security.

We issue this statement in the belief that U.S. policy on the Iran nuclear agreement should be determined by U.S. national security interests and not by domestic ideological or partisan differences. We call on the U.S. Administration and Congress, in the interest of American national security, to take no action that would place the United States in violation of the Joint Comprehensive Plan of Action and to remain a strong supporter of its full implementation.

Howard Berman, U.S. House of Representatives and Chairman of the House Committee on Foreign Affairs

Amb. (ret.) James B. Cunningham, Ambassador to Israel, Afghanistan and the United Nations

John Danforth, U.S. Senate and Ambassador to the United Nations

Suzanne DiMaggio, Senior Fellow and Director of the Iran Initiative at New America

David Dreier, U.S. House of Representatives and Chairman of the House Committee on Rules

Leslie Gelb, Assistant Secretary of State for Political-Military Affairs and Director of Policy Planning and Arms Control at the Department of Defense

Lee H. Hamilton, U.S. House of Representatives, and Chairman of the House Committee on Foreign Affairs, and Vice Chair of the National Commission on Terrorist Attacks Upon the United States

Amb. (ret.) William C. Harrop, Ambassador to Israel and Inspector General of the Department of State

Stephen B. Heintz, President of the Rockefeller Brothers Fund

Ellen Laipson, Vice Chair of the National Intelligence Council and President Emeritus of the Stimson Center

Carl Levin, U.S. Senate and Chairman of the Senate Committee on Armed Services

Jessica T. Mathews, Director of the Office of Global Issues of the National Security Council

Richard Nephew, Deputy Coordinator for Sanctions Policy at the Department of State and Director for Iran of the National Security Council

Joseph Nye, Assistant Secretary of Defense and Chairman of the National Intelligence Council

Amb. (ret.) Thomas Pickering, Under Secretary of State for Political Affairs and Ambassador to Israel, Russia, India, El Salvador, Nigeria, and Jordan, and the United Nations

Paul R. Pillar, National Intelligence Officer for the Near East and South Asia

Gary Sick, Director for Iran and the Persian Gulf of the National Security Council

Amb. (ret.) Frank Wisner, Ambassador to India, Egypt, the Philippines, and Zambia; and Under Secretary of State for International Security Affairs

* The signers of this statement were either former senior officials of the U.S. government or prominent national security leaders who have not held senior government positions.