The Stiff Price of Weaponizing Energy for Political Gain 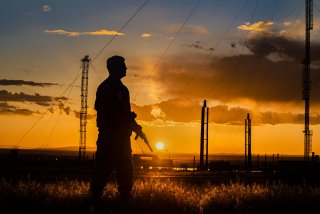 Before Russia weaponized energy with the Nord Stream 1 and Nord Stream 2 natural gas pipelines, the Organization of the Petroleum Exporting Countries had the monopoly on holding global economies at bay by raising prices or constraining supply at will. But now there is a more insidious strain of weaponizing energy since it incorporates fear of CO2 emissions aligned with questionable anthropogenic global warming (man-caused), politicizing climate change, and the horribly destructive, zero-growth-decarbonization movement.

In actuality, elevated levels of CO2 is good for continents like Africa, which belies the truth that the American and western public understands little of how prosperity, health, and wealth begin with reliable and affordable energy and electricity. Currently, Californians believe they can stabilize their failing grid prone to blackouts through increased electric vehicle sales and usage or renewables (wind and solar), which Californians are pushing back against through lawsuits. California and the Biden administration have a backward understanding of energy and electricity baseload needs along with banning of lower-emitting natural gas.

California, the United States and western nations such as Australia should look to how Pennsylvania transformed its state by embracing hydraulic fracturing for natural gas leading to economic growth. Politically weaponized green new deals or proposed infrastructure bills leaning towards renewables and utility-scale battery storage systems, which lead to grid blackouts, over coal, natural gas, oil, and nuclear for energy and electricity is a recipe for disaster.

Over two hundred people died in the Texas polar vortex in February when electricity blackouts ravaged the state. There are life and death consequences choosing one form of energy for electricity over the other: renewables versus fossil fuels and nuclear.

The choices occur because left-leaning environmentalists and their political allies believe the “science is settled” on global warming/climate change. The opposite is true—the science isn’t settled—and public opinion on global warming registers low on areas of concern. Still, the weaponizing of affordable, abundant, flexible, reliable and scalable affordable energy and electricity continues unabated. Even natural gas stoves, appliances, and furnaces are on the chopping block over global warming/climate change. What’s being realized is so-called action on undefined climate change is doing more harm than good.

This is the Western political weaponization of energy policies, but China is playing a far more dangerous game with global health and peace. China’s recent CO2 reduction pledge is untruthful. If the Biden administration believes its emission reduction pledge, the bigger tragedy is the foreign policy coup the Chinese gain from these unachievable pledges. “Communist China generated 53% of the world’s total coal-fired power in 2020, 9% higher than 2015. (Another) 46.1 GW of new coal-fired projects last year,” according to Reuters.  “That’s more new power from coal approved in 2020 than the previous three years combined.”

China is never going carbon neutral, decarbonizing their electrical generation sector, or moving towards net-zero. It is weaponizing energy in all forms and the west, led by the Biden administration, and western environmentalists are buying this nonsense. China is also weaponizing the entire rare earth and exotic mineral supply chain for all types of batteries used in cell phones and utility-scale storage systems, electric grids, homes, and electric vehicles. These gains are on the backs of slave labor to build components required for the decarbonization effort.

A Western-based organization—The Rhodium Group—has reported China’s “greenhouse gas emissions exceed all other developed nations combined.” China has brusquely responded it has zero intention of cutting back on its growing environmental damage. Unlike the West, which is led by the United States, China is aware that higher energy usage means life, prosperity, and becoming the leading hegemonic power this century.

But make no mistake, China’s emissions and continued lies to the west about zero-carbon promises are a weapon. A weaponized policy with energy that will dwarf the impact China’s coronavirus actions have had on world economies and global health.

It’s a politically, weaponized myth fossil fuel use is declining. Still, the Biden administration presses into this narrative by including an 80 percent clean energy standard onto the U.S. electrical grid and carbon-free sources by 2030 into the newly proposed infrastructure bill. Unwisely, new reports find these targets can be reached at no added cost without factoring in new, long-distance transmission needed across the United States and energy storage that costs 1.5 million per megawatts of electrical power.

Large assumptions on why clean energy cannot come quick enough are based falsely on the “hockey-stick” premise of global warming, which has been debunked repeatedly; and computer climate models that have consistently been wrong.

Yet these weaponized climate fantasies continue, which are nothing more than a quest for taxpayer monies and votes to subjugate western voters to the whims of white, male billionaires such as Tom Steyer, Bill Gates, Michael Bloomberg, and George Soros. This weaponization of energy for political, personal gain and power will return western nations to the Middle Ages and imperil global security.

The “ugly truth” over weaponization of clean energy, renewables, China, climate change, and the Biden administration are the whole thing is over the use of solar panels and wind turbines for electricity. Both “wind and solar power generation are intermittent, and this intermittency is a problem.” This weaponized narrative is rarely challenged. Additionally, battery storage at utility-scale is expensive, inefficient, and increases the costs of renewables onto taxpayers and ratepayers.

Weaponization or not, that is the question: try eliminating fossil fuels and watch life as most people know it will end when most emission policies are “ineffective.” It’s time for this weaponization of energy to end. Energy means life. Jobs trump politics, weaponizing energy for personal, corporate, or political gain, and climate change should take a backseat to human flourishing.