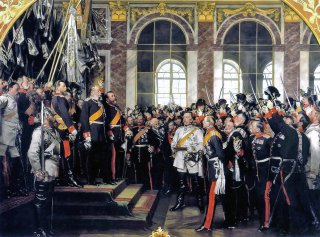 MODERN JAPAN raised a far different threat to the United States—an “insiders” challenge to the leadership of the postwar order. Though armed conflict was never a possibility, Japan’s rise nevertheless seemingly posed an existential dilemma to American leadership, shaking American self-confidence with dire warnings that “Japan Inc.” would reshape the world economy, with Tokyo replacing Washington as its new center of gravity. Though hegemonic war was impossible to imagine, Japan’s rise raised grave concerns about the possibility of a peaceful hegemonic power transition.

In only a few decades Japan had surpassed the United States in innovation and productivity and replaced it as the world’s leading creditor nation, an event many considered an historic turning point, reminiscent of the time the United States surpassed Great Britain during World War I and assumed leadership over the international financial system. Indeed, Japan’s stunning rise was an important motivation for Paul Kennedy’s epic work The Rise and Fall of Great Powers.

These changes triggered an avalanche of warnings regarding a coming Pax Nipponica, which saw the United States and Japan “trading places,” and of Japan’s “economic miracle” due to its unique coordination of industry and government—an example the United States must emulate if it hoped to arrest its decline. Japanese technological advances surpassed those of leading U.S. electronics manufacturers, even compelling Intel to abandon its prized memory chip business only a decade after pioneering the technology. The stunning rise of Japan’s semiconductor production threatened the survival of the American electronics industry, convincing even the free marketeers of the Reagan administration to support the creation of SEMATECH Inc., a research consortium of fourteen U.S.-based semiconductor companies tasked with coordinating industrial efforts to catch up to Japan’s more advanced semiconductor technology. Fearing that Japan had usurped American leadership, James Fallows recommended containing Japan, while others warned that Washington needed to emulate Japan’s industry-government relationship if the United States were to stem its rapid economic decline.

They could not have been more wrong. While Japan’s collaboration between the state and private industry sparked its rapid rise to power, Japanese industries failed to match the creativity of their American counterparts over the long haul. Instead, U.S. companies, especially the once hard-hit auto industry, responded to the competition by redoubling their innovativeness, retaking global share from Japanese corporations, and demonstrating that “decline” can be reversed. Furthermore, Japan valued its alliance with the United States and compromised on important points of contention, such as its competition in semiconductors. Within a decade, things would change dramatically. While Japan’s real estate bubble burst and its economy slipped into stagnation, the United States re-established itself as the world’s dominant economic power. Where once Sony, Sanyo, Fujitsu, and Toshiba, among others, ruled the electronics industry, soon Apple, Microsoft, Amazon, and many more companies would overwhelm their Japanese competitors. While Japan remains a vital American ally and partner in the global community, it has had to abandon its aspirations for global leadership, especially as China’s rise has relegated Japan to third place on the global economic ranking.

The greatest threat comes from China’s spreading global economic power and its increasing influence in international organizations. Benefiting from the significant advantages it accrued through admittance into the World Trade Organization, China has been able to develop its export economy while maintaining restrictions on imports. Furthermore, China has used the enticements of its labor market to demand the transfer of proprietary information from companies operating in China. When illegal hacking is factored in, the costs to the U.S. economy are enormous, estimated at roughly $600 billion per year. At present, many fear that China has a growing lead in cutting-edge technologies like quantum computing and artificial intelligence. However, absent actual products it is very hard to know if that is indeed the case.

While China’s economic and political expansion are substantial, they still do not match those of Japan’s from the late 1970s. Then Japanese auto manufacturers devastated the American car industry, resulting in massive restructuring and U.S. government bailouts to keep some companies afloat, while products from Japanese electronics firms predominated store displays throughout the United States and Europe. Chinese technological advances remain impressive. However, the tech world continues to be dominated by American companies such as Apple, Amazon, Facebook, and Microsoft—companies with trillion-dollar market capitalizations that dwarf their competitors, producing products that have revolutionized the electronics and computer industries, setting standards that competitors such as Korea’s Samsung and China’s Huawei must match.

China has moved aggressively into artificial intelligence and quantum computing, hoping to dominate these industries over the next few years. Many claim that China already leads in these fields. Recently, however, PsiQuantum, D-Wave, Honeywell, IBM, and Google have claimed significant advances in quantum computing as well. Thus, only time will tell. By contrast, in the 1980s, Japan’s technological lead was unambiguous, as its products were the envy of the world’s marketplace.

It is China’s growing efforts to “weaponize” its technological advancements that distinguish it from Japan and present a key concern for the future of the United States. Analysts have long argued that Huawei’s 5G networks provide China with the unique ability to eavesdrop on the systems which employ them, including governmental organizations. This is what lead the Trump administration to launch a campaign to halt the international adoption of Huawei’s systems. Social media apps like TikTok, WeChat, and ByteDance were also accused of failing to protect consumer privacy, even providing the Chinese security apparatus with ready access to enormous amounts of personal user data.

Of even greater concern are China’s increasing efforts to control what historians call “the infrastructure of empire,” the latticework of roads, trade routes, communication lines, and so forth that enables the international system to function. The most celebrated example is Rome’s famous network of roads that bound its empire. Similarly, in the nineteenth century, Great Britain deployed its worldwide system of ports and harbors, its dominance of the world’s financial system, and its undersea telegraph network to control the global economy. China is likewise expanding its tendrils throughout the world economy via the spread of its technology and online applications, exploiting the COVID-19 pandemic to increase its dominance of the drug supply chain, touting its vast holding of “rare earth metals” needed for the electronics industry, continually extending its Belt and Road Initiative, and increasing its influence in both international and national governmental institutions. These moves do not make China an existential threat to the United States, but it does mean the United States has to raise its game in these areas if it is to arrest growing Chinese influence. This battle will define their “great power competition” in the twenty-first century.

WHILE CHINA’S rise may not trigger a Thucydides Trap with the United States, the possibility of conflict remains due to increasing tensions in the South China Sea and the ratcheting up of threats against Taiwan. Foreign policy matters—wars erupt far more frequently over strategic miscalculations than by grand systemic pressures. If the Biden administration combines diplomacy with robust military deterrence, it should, however, be able to deter a Chinese attack on Taiwan while reengaging the United States’ commitment to peacefully frustrating China’s broader hegemonic challenge. Doing so will enable both parties to avoid war despite Beijing’s growing power.

Gregory Mitrovich is an award-winning historian whose forthcoming book is entitled The Contest: The United States, Great Britain, Germany, and the Rivalries that Forged the American Century.