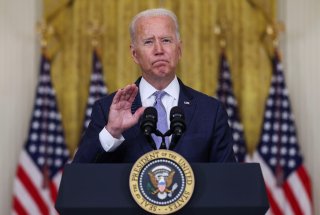 Sen. Bob Menendez (D-NJ), the chairman of the Senate Foreign Relations Committee, and Sen. Lindsey Graham (R-SC) are the key sponsors of the Taiwan Policy Act of 2022 (TPA). Introduced in June 2022, this bipartisan bill was advanced by the committee on September 14 in a vote of seventeen to five. Menendez boasts that the legislation is the “most comprehensive restructuring of U.S. policy toward Taiwan since the Taiwan Relations Act of 1979.”

After tweaks and revisions made to address the apprehensions expressed by some Biden administration officials and more cautious senators, the bill would authorize $6.5 billion in security assistance for Taiwan, strengthen American support for Taiwan’s democratic government and its participation in international organizations and trade institutions, prepare concrete measures to sanction Beijing in the event of an invasion, create a Taiwan fellowship program, and accord Taiwan treatment equivalent to a “major non-NATO ally.” The legislation also calls for the secretary of state to permit Taiwanese officials to display symbols of Taiwanese sovereignty, including Republic of China (Taiwan) flags and the emblems and insignia of military units. The more sensitive sections, nonetheless, were amended so that Congress would only suggest that the secretary of state should renegotiate the renaming of Taiwan’s de facto embassy in Washington from the Taipei Economic and Cultural Representative Office to the Taiwan Representative Office. It also scrapped a provision of the bill that would have required a Senate confirmation of the director of the American Institute in Taiwan, the unofficial U.S. embassy in Taipei, which would formalize the position to an ambassadorship.

Those with reservations suggested that the TPA would compromise U.S. strategic ambiguity toward Taiwan and worsen Washington-Beijing relations, which have been in a downward spiral since 2018. National Security Advisor Jake Sullivan, for instance, sought to persuade lawmakers to change provisions seen as provocative to Beijing, especially after House Speaker Nancy Pelosi’s recent visit to Taipei, which led Beijing to wage a series of dangerous naval blockading, aerial, and missile exercises in close proximity to the self-governed island. “There are elements of that legislation with respect to how we can strengthen our security assistance for Taiwan that are quite effective and robust that will improve Taiwan security,” Sullivan stressed in an interview on Bloomberg Television. “There are other elements that give us some concern.”

The worries, however, are misplaced given the People’s Republic of China’s (PRC) heightened attempts to unilaterally upset the Taiwan Strait status quo. The TPA, if it comes to fruition, would significantly enhance America’s support for Taiwan and confront Chinese autocracy and bellicosity. As Chinese president Xi Jinping continues to coerce Taiwan, even using Pelosi’s August visit as a pretext to escalate military maneuvers, Washington’s Taiwan Strait policy must become clearer in words and deeds to more effectively deter the PRC. The bill serves that function without altering Washington’s longstanding policy approach. It states: “Nothing in this Act may be construed to restore diplomatic relations with the Republic of China (Taiwan) or alter the U.S. government position with respect to the international status of Taiwan.” More importantly, the TPA signals to Beijing that the United States’ One China policy is contingent on whether the PRC abides by peaceful and nonviolent means to resolve cross-strait differences.

The U.S. president, as the nation’s foremost decisionmaker on foreign affairs, has the prerogative to deliberate and decide how exactly to implement the TPA in line with America’s national interests. The chief executive could choose not to execute the law if Beijing ultimately mollified its behaviors. However, having this legal document institutionalized as yet another pillar of Washington’s Taiwan Strait infrastructure would enhance the White House's flexibility and latitude in responding to a Taiwan crisis and, in turn, offer more reasons for the Chinese government to pause before any military action.

Furthermore, consistent with the Taiwan Relations Act, the State Department affirmed in May that “the United States makes available defense articles and services as necessary to enable Taiwan to maintain a sufficient self-defense capability—and maintains our capacity to resist any resort to force or other forms of coercion that would jeopardize the security, or the social or economic system, of Taiwan.” The TPA merely seeks to amplify, rather than undercut, that capacity.

Biden has indeed captured this sentiment better than his circumspect aids. In a 60 Minutes interview aired on CBS on September 18, Biden said, “We agree with what we signed onto a long time ago. … And that there’s one China policy.” Asked whether U.S. forces would defend the island democracy, Biden answered unequivocally: “Yes, if in fact there was an unprecedented attack.” The CBS host probed further: “U.S. forces, U.S. men and women would defend Taiwan in the event of a Chinese invasion?” Biden’s response was a plain “yes.” Like the previous three occasions when Biden has said that Washington would intervene militarily and help Taiwan resist a Chinese assault, White House officials said that U.S. policy on Taiwan has not changed, explaining that the president was merely responding to a “hypothetical question.” Such repeated walk-backs are counterproductive, perplexing, and unnecessarily contravene the president’s handling of diplomacy.

The president, to be sure, never abandoned the One China policy or strategic ambiguity. At the seventy-seventh session of the UN General Assembly, Biden said, “We remain committed to our One China policy, which has helped prevent conflict for four decades. And we continue to oppose unilateral changes in the status quo by either side.” Yet he was also trying to convey greater clarity to the Chinese Communist Party about what would happen if it decided to mount an offensive against Taiwan. According to U.S. military assessments, Beijing is preparing to have the capabilities to do so by 2027 (though Russia’s setbacks in its feckless invasion of Ukraine may have discouraged Xi). Biden hinted at possibly condoning, at least tacitly, Taiwan’s right to self-determination: “Taiwan makes their own judgments about their independence. We are not encouraging their being independent. [That’s] their decision.” That wasn’t an off-the-cuff remark. In fact, the president made the same point last November. It’s time to take the president’s executive judgment on Taiwan seriously and give him credit for correctly assessing the connection between U.S. interests and the growing tensions across the Taiwan Strait. To quell second-guessing, Kurt Campbell, the White House’s Indo-Pacific coordinator, finally set the record straight: “The president’s remarks speak for themselves.”

Dean P. Chen, Ph.D. (Associate Professor of Political Science, Ramapo College of New Jersey) is the author of US Taiwan Strait Policy: The Origins of Strategic Ambiguity (Lynne Rienner Publishers, 2012) and US-China Rivalry and Taiwan’s Mainland Policy: Security, Nationalism, and the 1992 Consensus (Palgrave Macmillan, 2017). His new book, US-China-Taiwan in the Age of Trump and Biden: Towards a Nationalist Strategy (Routledge, 2022) informs some of the observations outlined in this article. Email: [email protected].