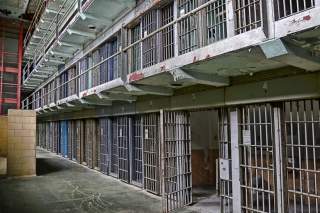 There are two major reasons why fifteen years after September 11, the United States still almost never detains individuals in the United States who—indicators show—may commit terrorist acts. One such reason is spelled out in a brilliant, seminal article by Adam Klein and Benjamin Wittes, published in the Harvard National Security Journal. They point out that Americans hold on to a myth that detaining someone without charging them is a major violation of their most basic rights; the term habeas corpus often jumps to mind. Most people believe that when someone is arrested, he or she must either be brought before a judge and charged within twenty-four or forty-eight hours, or released. Furthermore, any mention of detention without being charged brings to mind the gross injustices inflicted on Japanese Americans during World War II.

However, Klein and Wittes provide a long list of whole categories of people (some rather large) who are detained in the United States, often and regularly—only these people are not terrorists. One such category is that of sex offenders. According to the Association for the Treatment of Sexual Abuse (ATSA), twenty states have instituted laws that call for preventive detention (labeled “civil commitment” in this context) for select sex offenders. Under these laws, sex offenders who served the full term meted out by a judge for their offense can nevertheless be kept in custody. Nominally, this extended period of detention is in order to rehabilitate them, though very few are ever rehabilitated. Laws for civil commitment of sex offenders have been challenged but upheld by three separate Supreme Court Rulings: Kansas v. Hendricks (1997), Kansas v. Crane (2002) and United States v. Comstock (2010).

Well, one may say that sex offenders committed crimes, and hence may pose a danger to the community if released. However, other groups of individuals are detained whose members have not committed any crimes—for instance, material witnesses. These are people who have some information the authorities believe may help them to convict someone else, but they fear that these witnesses may not be available for one reason or another. For instance, they could leave the country or be shot. To address this problem, Title 18 of the U.S. Code states that a material witness may in fact be detained so long as “further detention is not necessary to prevent a failure of justice.” That can be a rather long time.

Many detentions are of people too poor to post bail. These people are held, often for months, before they are tried. And a similarly large number of undocumented immigrants are detained and held for months on end.

In short, contrary to widely held public opinion, detaining potential terrorists before they have committed any crime would be very much in line with American legal principles and practice. And not just in line with some new legislation, but in line with various acts and court rulings over the two hundred-plus years since the Constitution was framed.

The catch is, how is one to determine who is a potential terrorist? As far as American jihadists are concerned, Peter Bergen finds, they are “on average, as well educated and emotionally stable as the typical citizen. They are ordinary Americans.” This is true if one uses typical sociological and psychological metrics. Moreover, to detain everyone who comes from a given country (e.g., Saudi Arabia) or follows a given religion (e.g., Islam) would be grossly unjust as well as a source of incitement. Nor can one detain everyone who has a violent temper or an anger-management problem.

The answer might lie in looking at those who exhibit several qualities from of a list of indicators, though each one by itself will not suffice. Thus, for example, if an individual committed a violent crime, frequented social media sites run by ISIS, made threatening statements, sought literature on making bombs or learning to use guns, traveled to the Middle East without an obvious reason, or is known to hang out with other radicalized people, then this individual might be considered for preventive detention (to reiterate, a suspect would have to check several of these boxes, but not necessarily all).

Importantly, any form of preventive detention should include a strong emphasis on rehabilitation. For a blueprint, the United States might look to Great Britain, where the government has implemented a deradicalization program called “Channel,” which, according to documents from the UK’s Department of Education, “focuses on providing support at an early stage to people who are identified as being vulnerable to being drawn into terrorism.” In terms of how Channel functions as a method of reeducation and rehabilitation, the BBC notes, “The type of support is tailored to the individual, but may focus on a person’s vulnerabilities around health, education, employment or housing, as well as specialist mentoring or faith guidance, or even broader diversionary activities such as sport.”

The second major reason the United States is not using what should be called rehabilitative preventive detention for possible lone-wolf American terrorists is that we still have not come to see that terrorists cannot be treated either as soldiers or as criminals, and need to be treated as a legal category of their own. They obviously cannot be treated as soldiers, because soldiering is an honorable profession and consists of people who represent their government, which is accountable for their acts. Soldiers can be held only during a war, and are subject to various privileges spelled out in the Geneva Conventions.

The main reason why terrorists should not be treated as criminals is simple: security requires that the primary goal of dealing with terrorists be preventing attacks, rather than prosecuting the perpetrators after the attack has occurred. This is particularly evident given that many terrorists commit suicide during their attack and hence cannot be tried, and are not going to pay mind to what might be done to them after their assault. Even terrorists who are not bent on committing suicide attacks are often “true believers” who are willing to proceed despite whatever the legal system may throw at them. All these kinds of terrorists should be prevented from proceeding, rather than for law enforcement to vainly try to prosecute them after the fact, considering that most cannot be effectively deterred by the criminal justice system.

Indeed, law enforcement often springs into action after a criminal has acted—when a body is found, a bank is robbed, or a child is kidnapped. By and large, the criminal law approach is retrospective rather than prospective. Law enforcement assumes that punishment after the fact serves to deter future crimes (not to eliminate them, but to keep them at a socially acceptable level). In contrast, if we come to see that terrorists are a category in and of themselves, we can then sort out under what conditions those suspected of being potential terrorists might be subject to rehabilitative preventive detention.

The Constitution recognizes, most explicitly in the Fourth Amendment, that some acts that enhance security are fully legitimate even if they curb what people consider their rights. The question of how far the government should be allowed to curb these rights depends on what is reasonable, and our idea of what is reasonable changes as the threat level changes. When the UK faced a rush of Irish terrorist attacks, the duration of civic detention was greatly extended. If the United States were to face a situation similar to that France now faces—if jihadists killed the editorial board of the New Yorker, machine-gunned Carnegie Hall and plowed through hundreds on the boardwalk of Miami Beach—it might well seem reasonable to detain some people who seem bent on committing terrorist acts.

We better think preemptively and draft such an act now, so that we avoid the mistakes made when the Patriot Act was drafted and enacted in the panic that followed 9/11. (For more discussion, see Wittes, The Emerging Law of Detention 2.0.) Such an act should include strong provisions for oversight to ensure that the government does not abuse this new but needed power.

Amitai Etzioni is a University Professor and Professor of International Relations at The George Washington University. His book, Foreign Policy: Thinking Outside the Box, was recently published by Routledge for Chatham House’s series “Insights.”