Stop the Presses: Congress Did the Right Thing on Medicare 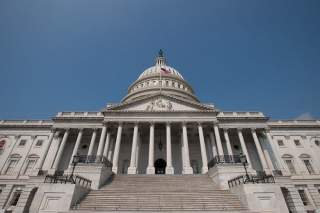 But sometimes, even in a bad law, one finds a buried nugget of sound public policy. And, in this case, we find two. Taxpayers will be shocked to learn that Sections 601 and 603 of the budget act address two distinct Medicare problems very sensibly.

Section 601 addresses what had threatened to be a massive spike (a projected 52 percent increase) in next year’s Medicare Part B premiums. Without congressional intervention, that big increase would affect 30 percent of Medicare beneficiaries. For these people, largely well-off retirees, there is no provision of Medicare law that protects them from big or unusual premium increases.

The vast majority of Medicare recipients, about 70 percent, are sheltered under a “hold harmless” provision: their Part B premium increases are limited to the annual dollar increase in their Social Security Cost of Living Adjustment (COLA). Because there is to be no COLA in 2016, and thus no dollar increase in their premiums, that would mean that the full brunt of increased Medicare Part B costs for the year would have fallen on the 30 percent of the “unprotected” Medicare population. The monthly premium for those people would have jumped from $104.90 to $159.30.

To help those Medicare enrollees, Congress re-set their basic monthly Part B premium at $120. Instead of funding this special “fix” with more deficit spending, Congress authorized the Treasury Department to make a loan to the Part B trust fund. Medicare enrollees benefitting from this “fix” will pay a small additional surplus—$3 a month for most —until the Treasury loan is fully repaid.

The projected 2016 Medicare premium spike was an unusual situation, and Section 601, authorizing a limited loan and repayment of those advantaged by the loan, is a fair and rational response. It is in sharp contrast to the tiresome congressional practice of ramping up Medicare spending to fix some congressionally created problem—like the goofy Medicare physicians payment formula—and then sending the tab to the taxpayers or adding to the deficit.

The other Medicare provision, Section 603, says that physicians and other personnel working in any new  “provider-based” hospital outpatient department that is  “off campus” (a facility more than 250 yards from the main hospital campus) would be henceforth paid  through the regular Medicare Fee Schedule or Medicare payment for ambulatory surgical centers. For these new “off campus” facilities, the new payment would replace the current hospital outpatient Medicare reimbursement. The law enables Medicare patients to get new provider-based outpatient services at lower costs.

The implementation bears close watching, especially for its impact on the new accountable care organizations (ACOs). Medical services, including surgeries, are generally reimbursed at much higher Medicare rates in an inpatient or outpatient hospital setting than they are in non-hospital settings. Meanwhile, hospitals have been acquiring private medical practices, turning them into “outpatient departments,” and billing Medicare at the higher hospital-based rates. As The Hill reports, “The budget deal would limit payments by preventing facilities acquired in the future from upgrading to the higher payment status.”  Perhaps, to a limited extent, Section 603 could slow the relentless erosion of private medical practice by hospital acquisitions.

In such a market environment, groups of entrepreneurial physicians, including those specializing in outpatient medical services, could directly challenge the dominant hospitals, as well as each other. Private medical practice could be re-energized, and millions of Americans would be much better off.

Robert Emmet Moffit is a senior fellow in The Heritage Foundation’s Center for Health Policy Studies.