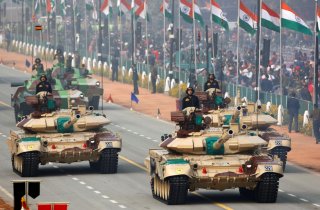 In the post-pandemic world, the Quadrilateral Security Dialogue (Quad)—an informal strategic partnership between the United States, Japan, India, and Australia—has emerged as a crucial decisive factor shaping the future trajectory of geopolitics. The Quad has begun as a multidimensional initiative exploring cooperation in strategic, economic, technological, climate change, sustainable development, and other relevant areas. However, if the world is moving towards the next cold war or third world war, then Quad will be a rival block to China. Its true strength, potential, and survival depend on the intragroup relational dynamics between its member countries.

As one of the main pillars of the Quad, India is the only member sharing a vast and highly volatile land border with China. Hence, the Quad’s future majorly depends on India’s strategic culture, mindset, and behavior. The other three Quad members have been in the United States ambit, already having a long history of working on the same wavelength in bilateral and multilateral arrangements. However, India’s case is unique as until the Soviet Union’s disintegration, India, though formally a non-aligned nation, was a de facto Soviet partner. Even today, India-U.S. ties have many occasional frictions resulting from a void in understanding. However, by exploring India’s foreign policy behavior since 1947 and the underlying ideological, historical, and psychological factors driving it, this gap can be bridged.

After its freedom from British rule in 1947, the essence of India’s foreign policy can be summarized by two doctrines, i.e., “Strategic Autonomy” and “Strategic Hedging.” Indian diplomats and strategists try to project these as India’s foreign policy doctrines and theories, underlying India’s understanding of world politics. However, critical analysis suggests that they are more of the behavioral traits emanating from a peculiar collective strategic psyche resulting from India’s unique historical experience. They do not constitute a long-term, purpose-oriented foreign policy vision defining India’s grand strategy. They are not the outcomes of hardcore national security calculations based on a cost-benefit analysis and futuristic approach. Over time, they have turned into static positions resulting from a highly bureaucratic approach and aversion to change.

The idea of “Strategic Autonomy,” which is baggage from the Cold War, still haunts India’s strategic subconscious and is partly rooted in the idealistic and moralistic principles of India’s struggle for freedom. This struggle, which took place over 1,200 years of foreign rule, shaped the personality of India’s first prime minister, Jawaharlal Nehru, and embedded latent fears and insecurities of being overridden and dominated by foreign powers deep in India’s collective psyche. As a result, the Nehruvian vision despised Cold War power blocks as an expression of immoral and materialistic expansionism and feared losing political and economic autonomy by joining them.

However, India soon came face to face with the futility of the doctrine of “strategic autonomy” in addressing its foreign policy and security challenges. India’s onward march as the leader of the non-aligned world, guided by the idea of “strategic autonomy,” was blown to smithereens when the Maoist red army defeated Indian forces in the Himalayan heights in 1962. Despite his discomfort and reluctance, Nehru approached the United States for weaponry and requested Washington to use its diplomatic heft in diffusing the crises. Over time, non-alignment proved an unfeasible precept, continued only as a charade, and much to its chagrin, India attained the image of a de facto Soviet partner after signing the 1971 Indo-Soviet Treaty of Peace, Friendship and Cooperation.

Likewise, sham idealism also manifested in India officially not recognizing Israel, as it supported the Palestinian cause against Israel’s allegedly “racist” and “colonial occupation,” regardless of New Delhi covertly maintaining ties with Israel since 1962. Despite a profound realization that both nations’ security interests converge on many fronts, the sham continued for four decades until 1992, when India finally recognized Israel. A farmer from my village in Rajasthan once visited Delhi and famously asked, “India recognizes Pakistan which has occupied its territory, but does not recognize Israel which has occupied Palestine’s territory, about 5000 miles from India; why?” Interestingly, the Organisation of Islamic Cooperation and Palestine never supported India on the Kashmir issue.

After the Soviet disintegration, India was friendless and vulnerable, faced with the violent separatist insurgencies in Punjab and Kashmir, threatening its territorial integrity. Further, in 1989, Liberation Tigers of Tamil Eelam (LTTE) cadres slaughtered Indian peacekeeping Forces, again a result of India’s obsession with strategic autonomy, as New Delhi thought it prudent to send its forces to help the Sri Lankan army crush its Tamil rebels, lest the island country accept help from Pakistan or the West, diminishing India’s regional power status and autonomy in South Asia. However, the future unfolded very differently. India paid with the life of Prime Minister Rajiv Gandhi. The Western powers never came, but India still lost its regional power status to China as Beijing extended its influence over Sri Lanka. India’s economy was in shambles with a severe balance of payments crisis.

The Non-Aligned Movement (NAM) had long become obsolete, reduced to annual conferences of various dictatorships, fledgling democracies, and civil-war-ridden failed states. The end of the Cold War finally sealed its fate. New Delhi realized that it was time to find new friends. Also, the end of the Cold War and India’s successful four-decade stewardship of a reasonably functioning democracy and its independence made New Delhi feel secure and confident, i.e., relatively less apprehensive of engaging foreign powers and business conglomerates. However, while confident, India remained hesitant to make clear choices and annoy its Cold War-era friends and stayed averse to sharply departing from the past. Hence, the doctrine of “strategic hedging” became the hallmark of India’s new diplomatic journey of exploring new friends.

In this framework, New Delhi has been almost all over the place. India began exploring ties with the United States in the 1990s, which picked up the momentum only in the 2000s with the signing of a civilian nuclear agreement. During the Narendra Modi-Donald Trump era, India-U.S. ties soared to unexpected heights, even though some deep-rooted frictions continued to haunt them; however, India was trying hard to keep Moscow in good books. New Delhi and Moscow have a long history of robust friendship rooted in shared values and interests. Russia continues to be India’s leading defense supplier. More recently, India bought the $5.1 billion S-400 missile defense system despite the threat of U.S. sanctions and is now eyeing light Russian Sprut tanks. Tight tope balancing between the two countries has not been a pleasant experience for New Delhi, leaving it in a strategic dilemma. Until recently, i.e., before the Chinese aggression in Ladakh, India’s tilt towards Washington was almost complete, and many Indian analysts had written off India-Russia friendship. However, after the Chinese aggression, India seems to have made attempts to please its old friend, for myriad reasons, ranging from dependence on defense supplies to trust issues with the Biden administration and the odds of having Russia aligned with an adversary in the neighborhood, given its proximity to China. However, certain things have become irreversible as Russia has markedly moved towards the Chinese camp and is increasingly getting closer to Pakistan. In a recent statement, Russian President Vladimir Putin made clear that India is on its own when it comes to China. Given the rising tensions between the United States and Russia, Moscow also is not left with many options except moving closer to China, even though with much reluctance. Nevertheless, for New Delhi, it will be a tough challenge to continue this tight-rope walk, as China’s belligerence and aggression can only be contained through the Quad.

In other cases, India has maintained its ties with Iran, much to the chagrin of the United States, Saudi Arabia, and Israel, citing historical and cultural ties in addition to the cheap crude oil supplies. However, with its doctrine of “strategic hedging,” India has not only failed to salvage its ties with Iran but also left a bad taste in Washington, DC, and Tel Aviv. With India’s strengthening ties vis-à-vis Israel and the United States, Iran had a choice to make. Tehran has emerged as India’s staunch opponent and critic after the abrogation of Article 370 and the passage of the Citizenship Amendment Act. On closer analysis, it appears that Iranian motives were always rooted in religious factors and Tehran nurtured hidden sympathies for Kashmir’s jihadist movement and has radicalized the traditionally loyal Shias, fostering their anti-India sentiment over the last few years. It was India that was dwelling in the utopia of “cultural and historical ties” and feared annoying Iran with its warming ties with the United States and Israel. More recently, Iran has embraced China, India’s most powerful adversary, as a strategic partner. Again, in the future, it will be challenging to maintain this balancing act as Iranian hostility against Israel has reached the Indian mainland, and Iran and its Shia proxies in India are likely to do China’s bidding, be it in Kashmir or in other parts of India.

Likewise, India has also tried hard to excel in balancing between the United States and China. Since 1988, India’s strategic establishment, dominated mainly by career diplomats and police officers inducted in the intelligence services, has believed that good economics can help improve ties and offset the “bad” boundary and diplomatic equation. As a result, from 1990 onwards, the series of boundary protocols and confidence-building measures began with the false belief that, gradually, the boundary issues will become redundant. Also, India thought such an arrangement would allow it to focus on Pakistan and avert a potential two-front war. The rapid rise in bilateral trade after 2000 further strengthened this belief. However, Beijing observed the boundary protocols more in violation. Even massive Chinese infrastructure building in the border areas—Depsang incursion (2013) and Doklam stand-off (2017)—failed to shake India from its slumber and make-believe peace. Prime Minister Modi had made eighteen official visits to China; Doklam was brushed aside as an aberration. Before the Galwan clash, India was living in the utopia of “Wuhan Spirit“ and “Chennai Connect.”