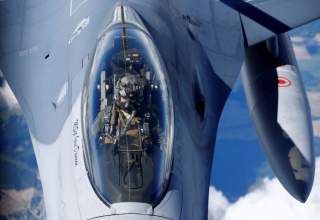 At the NATO summit this week, President Donald Trump will undoubtedly criticize allies for not spending enough on defense and for pursuing their own economic wellbeing, in part at the expense of the United States. The president has been lambasted for criticizing U.S. allies and indeed, our alliances are important and represent some of the greatest achievements of U.S. foreign policy. However, Trump’s criticisms are justified. NATO must reform; it is not sustainable in its present form.

The alliance is ill-structured, ill-equipped and ill-financed to deal with the European region’s two major security problems—an aggressive Russia and the spillover of instability and terrorism from the Middle East and North Africa—leaving aside emerging global security challenges. Worse, at times some members can even be said to have enabled the threat. One example being the massive German purchase of Russian gas, which provides Putin with ongoing financing. To deal effectively with these challenges on an equitable and sustained basis among allies, the terms of the partnership must be renegotiated and its common ground redefined. This is in Europe’s best interest too.

Despite the best efforts of the Clinton, Bush (43) and Obama administrations, Russia has embarked on a more aggressive path, going to war against Georgia and Ukraine, conducting cyber attacks on Estonia and otherwise threatening the Baltic states. For the first time since the end of the Cold War, NATO members are directly threatened by Russian aims. Efforts at finding common ground with Russia based on mutual interest in a changing global environment should continue, but so must preparations to deal with threats from Russia.

Also, Europe faces a threat from the south, as the crisis in the Middle East and Europe’s permissive asylum laws and expansive welfare systems have triggered a flow of hundreds of thousands of refugees. The series of terrorist attacks in Europe inspired or coordinated by the Islamic State is one consequence. This terrorist threat—which combines external and internal security problems—is one NATO is ill designed to address.

Many of NATO’s members have effectively disarmed since the end of the Cold War, with only eight of NATO’s twenty-eight members even spending the required 2 percent of GDP on defense. Meanwhile, the United States faces major fiscal constraints, particularly rising entitlement costs and interest payments, and growing demands to meet its other global responsibilities, particularly in the Western Pacific. Additionally, many European members have favorable balances of trade vis-à-vis the United States, giving credence to the claim that we subsidize them on defense and they take advantage of us on trade.

Gentle persuasion by past presidents failed to induce Europeans to spend more on defense. By contrast, Trump’s demands for greater burden sharing are starting to have an effect. Yet much more still needs to happen. Moreover, we need to focus not just on inputs—how much money is spent—but also on outputs. A reformed NATO must hold members accountable in terms of actual military capabilities they can field. Those who care about NATO should criticize free-riding alliance members, not the efforts of Trump to get the alliance to up its game. At the same time, the Trump administration needs to articulate alliance priorities and the steps needed to adequately address them.

In a new arrangement, NATO members would first agree on specific plans and capabilities needed to meet the threats from the East and the South as well as an operational division of labor. This doesn’t mean abandoning the requirement to spend 2 percent of GDP on defense, but instead would require every NATO member to commit to spending the necessary resources to meet identified defense responsibilities, which in some cases could require expenditure of more than 2 percent.

Specifically, the alliance should collectively take three steps to field an agreed set of defense outputs:

- Develop integrated defense plans within the NATO military committee for dealing with the Russian threat in northeast Europe, and instability and terrorist threats emanating from the Middle East and North Africa, thereby creating a strategy and a division of labor. This will entail a combined planning effort of the major NATO powers and the members living nearest or most directly affected by these threats.

- Agree to specific outputs—forces, weapons systems, operational capabilities, logistics support, and command and control—that each NATO member must develop and maintain at high readiness. This should take into account the capabilities that are needed now but also look to exploit emerging technologies to solve military problems more effectively as these technologies mature.

- Engage in realistic large-scale annual exercises—analogous the Exercise REFORGER of the Cold War—that will serve as a deterrent for would be aggressors, demonstrate resolve and compliance with NATO commitments and identify shortfalls for remediation.

In addition, the United States should candidly inform the European NATO members that the larger share of these agreed upon capabilities must come from them. We must explain that geopolitical realities require the United States to augment our own defense commitments in other priority regions, especially the Western Pacific. They must also understand that the American public expects wealthy countries to defend themselves principally on their own, with the United States playing a supporting role on an as-needed basis.

We must deliver the hard message that the future of the U.S. commitment under Article 5 is contingent on European performance. Those capabilities provided by the United States should be specifically tailored to reinforce NATO war plans and the security of the front-line states. European states would carry the burden on the southern threat, which affects their states domestically.

This would form the basis of a new global division of labor where America’s European allies assume the primary role for the security of Europe; the United States, Japan, South Korea and Australia would assume the primary role for security in the Western Pacific; and collectively, America and its global and regional allies would share roles in providing for security in the Middle East. Thus, working together, America and its allies would be meeting critical security demands in three critical regions.

Elements of the New Construct

To address the Russian threat in northeast Europe, the United States should lead the planning effort in NATO to develop the requirements for forces capable of deterring and, if necessary, defeating Russian irregular and conventional aggression, and to deter nuclear use. While the specifications for these forces requires comprehensive military analysis, we can conclude that a small tripwire force is inadequate to the task.

Among the capabilities that European NATO members would need to develop would include the following:

- An integrated air defense and surface-to-surface strike capability that would create an anti-access/area denial (A2/AD) belt covering the territory of NATO members and extending into adjacent areas of Russia.

- A counter-A2/AD capability that would defeat Russia battle networks and weapons systems, and Moscow’s ability to threaten NATO forward-deployed forces and reinforcements.

- A ground maneuver force that would combine the kind of light infantry that Hezbollah used against Israel’s offensive forces with heavy armor and artillery units that would consolidate territorial control.

As part of the new NATO security construct, the United States should offer to take the following steps:

- Maintain a small, highly capable ground maneuver force in Europe that would partner with a larger European force.

- Maintain a POMCUS capability in Europe, proximate to the locales where it would likely be needed, that would enable a surge of U.S. capability on a rapid basis if needed. Other major NATO powers, such as France, Germany and the UK should also provide POMCUS-style capability.

- Sell to European allies and partners, or license the right to produce, the high-end weapons systems needed to create the required European A2/AD, counter A2/AD, and maneuver force capabilities. Interoperability is vital and should be programmed into the strategy and plans.

- Agree to back up European arsenals of precision-guided munitions with U.S. stockpiles and production capabilities.

- Provide the C4ISR capabilities that would enable integrated NATO operations in the event of conflict.

- Undertake a new look at what would be needed at every step in the escalation ladder—including tactical and intermediate-range nuclear forces—to ensure that Russia would not gain an advantage though escalating to high levels of conflict. This would be a first step to address any deficiencies in our deterrent.

A similar process should be undertaken regarding the threat from MENA. The flood of migrants from MENA and the infiltration of terrorists into European countries should be treated as a first order security problem for NATO. While these challenges principally affect European security, the United States should work through NATO to help enable European members better to address these challenges. This should include the following steps: