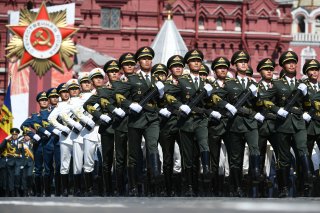 IN SUM, none of the classic sequencing strategies pursued by past great powers perfectly fits America’s circumstances today. Russia is too hostile to be “flipped,” China is too far along in its rise to be deferred, and both powers’ demands are too expansive and incompatible for either to be effectively co-opted.

The common denominator in all three cases is the extent to which U.S. relations with its rivals have hardened into patterns of confrontation and escalation. If anything, the emerging pattern in world affairs, with antagonistic and increasingly irreconcilable blocs, more closely resembles the lead-up to World War I rather than the flexible diplomacy and shifting coalitions of earlier centuries.

There is, however, one force that could change this pattern and spur a moment of creativity in international alignments: fear. Historically, fear of a rising power has been, far and away, the primary motivation for states to realign their priorities. Advocates of détente with Russia (option 1) are correct to see that that country is likely to be more subject to the effects of fear, due to its weaker power position. To date, Russia’s willingness to cooperate with rather than counterbalance China has coincided with Beijing’s pursuit of a “hide-and-bide” foreign policy. But as China converts its growing economic heft into greater military power and political influence, Russia’s fear of subordination to China will inevitably grow.

From an American strategic perspective, the big question is: when will that occur? Advocates of deferring competition with China (option 2) are right that that country has not yet realized its full military potential. This creates a window of opportunity for U.S. diplomacy to effect permutations that would place us in a more favorable position. At the same time, we cannot let up our military guard in the western Pacific during this period, as such an alleviation could tempt the Chinese to attempt a break-out now—by, say, trying to grab Taiwan—before the United States can realize the force upgrades envisioned under the NDS. Thus, America needs Russia’s fear of China to mature on a faster timeline than China’s aspirations for meeting key military capability targets vis-à-vis the United States can be realized.

That may, in fact, be what is now happening. The moment of truth for Russia on China is being accelerated by two factors. First, the COVID-19 pandemic, which has significantly widened the power disparity between the two Eurasian powers. Whereas China has seen historic growth over the past year, Russia has experienced a severe contraction, which is likely to prove sustained. The effects can be seen not least in Russian budgetary debates, where for the first time the momentum seems to be shifting to advocates of tapping Russian reserve funds to provide stimulatory spending on infrastructure, likely at the expense of defense.

The second factor is Western sanctions, one practical consequence of which has been to push Russia toward greater reliance on Chinese finance and markets. Nowhere is this more keenly felt than in the Russian Far East, Siberia, and Central Asia, where China’s bid to become the dominant investor in industries and infrastructure increasingly threatens Russian interests and sovereignty.

In both cases, the paradox is that it is Russia’s deepening dependence on China that will increase Russian fear and fuel its need for strategic alternatives. The dilemma facing the Kremlin will be whether to continue to abet China’s rise and risk becoming a sidecar to Beijing’s ambitions or to seek to counterbalance its power.

Within this paradox lies an opportunity for the United States. The goal of our diplomacy toward Russia—and the crux of our strategy for avoiding a two-front war—should be to sharpen Russia’s dilemma and ensure that, as its fear of China ripens, it has viable options for a foreign policy other than aggression toward the West. Such an approach would not operate on the premise that the United States can court or woo Russia into a conciliatory stance. To the contrary, its premise would be that to the extent that any reduction in tensions with Russia is still possible, it will be because Russia’s leaders decide on the basis of a cold-blooded read of their own interests that détente with the West meets Russia’s security needs better than their present, aggressive policies do.

Rather than asking “at what cost” would we achieve détente with Russia, such an approach would ask “under what conditions” can we imagine Russia choosing that path for itself and focus on defining and setting those conditions. The more Russia sees the path of westward expansion blocked and the more it sees practical alternatives to Chinese dominance in the east, the less it will be at odds with our fundamental interests and the more it will be at odds with China. In this sense, the late Zbigniew Brzezinski had it backwards: we shouldn’t want Russia to become more Western in its geopolitical vocation; we should want it to become more Eastern.

OF COURSE, it is not in America’s power to choose an eastern path for Russia. What is within our power is to shape the incentives for Russia to make this choice for itself. In practical terms, that would require the United States to form a coherent—but in effect bifurcated—Russia policy, with one plank focused on Russia-in-Europe and the other, largely distinct plank focused on Russia-in-Asia. The leitmotif of the Russia-in-Europe policy should be adamantine resistance to Russian expansion culminating in a decisive defeat for Russia’s present aims in Europe’s borderlands. If history is any indication, Russia only takes détente with an adversary seriously after it has been forced to do so by a defeat or serious setback. This was as much a precondition for Ronald Reagan’s success at Reykjavík after the Soviet defeat in Afghanistan as it was for the English statesmen who brokered the Anglo-Russian entente after Russia’s defeat at Port Arthur in 1905. Attempts to reach détente before Russia has suffered such a setback are not only likely to fail, they are also likely to be counterproductive insofar as they implicitly concede territory and validate the wager of Russia’s current leaders that renewed empire in the west is achievable by force of arms.

The equivalent of Port Arthur or Afghanistan today is Ukraine. The United States should wish to see Russia suffer a military rebuff of sufficient magnitude to prompt its leaders to reassess their assumptions about the permissiveness of the post-Soviet space as a preferred zone of strategic expansion. America can help bring about this outcome much as it did in Afghanistan: by providing locals the means to better resist Russia at higher volumes than it has done to date and encouraging European allies to do the same. And we should significantly raise the costs for cyber and other attacks on the United States, including via reciprocal attacks on Russian critical infrastructure and by sanctioning Putin’s inner circle and the secondary market for Russian bonds.

This pain, however, must have a goal beyond simply punishment; namely, to inflict a defeat for strategic effect, with the calculated aim of convincing Russia that its chosen path of westward expansion is closed. By contrast, U.S. policy toward Russia-in-Asia should be calibrated to encourage a redirection of Russia’s focus and energies in this direction. Such a policy would consist of economic, military, and political planks.

Economically, the United States should create incentives for its Asian allies and partners to prevent China from gaining an economic monopoly in the Russian Far East, Siberia, and Central Asia. The country best positioned to do so is Japan, which possesses the proximity, capital, and demonstrated desire to compete with China in these regions. Indeed, the Abe government’s Eurasian strategy aimed explicitly to prevent a Sino-Russian combination and devoted more than $30 billion toward the regions in question. Rather than stymieing these efforts as U.S. policy has tended to do, we should encourage them. A good starting point would be to create targeted exemptions from U.S. sanctions for Asian allies and partners whose firms are attracted to Russia’s east. Over time such an arrangement could evolve into a broader “three peninsulas” framework, modeled on the Three Seas Initiative in Central Europe and aimed at developing alternatives to the Belt and Road Initiative. The aim should be to introduce strategic competition in the form of investment from America’s Asia-Pacific allies and partners, and thereby deprive China of its current monopoly status. The military plank of the new U.S. policy would entail easing U.S. opposition to Russian arms sales to any country in the Indo-Pacific theater that seeks to acquire those weapons to resist Chinese expansion. There is no reason that the United States should wish to sanction companies or individuals in India—a strategically vital country that America is trying to court—when the weapons triggering the sanctions are aimed at the common foe of China. Sanctions waivers could include reasonable safeguards for U.S. weapons systems operating alongside one another in the same country—though, in many cases, it may actually be in the U.S. interest to see the states in question continue buying Russian weapons that are cheaper, easier to operate, and already familiar to local militaries, rather than opt for more advanced Western weaponry. Reducing U.S. obstacles to this outcome could prove useful, not only in removing a source of friction with these regional allies and partners but in introducing new points of friction between Russia and China.