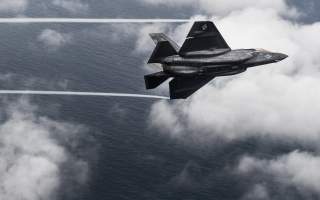 Washington’s greatest problem in-great power competition isn’t Tehran, Beijing, or Moscow. It’s Washington. Nourishing America’s competitive strengths should get as much attention as pushing back against competitors looking to diminish America’s place in the world.

Not all the powers in the great-power competition are all that great. Iran and Russia are regional powers. China has achieved global influence and reach with astonishing speed. Yet, by super-power standards, Beijing is not yet the global force that the old Soviet Union was.

Still, it makes sense to frame America’s challenge as a great-power competition. While China, Russia, and Iran can’t measure up to the Soviet Union individually, taken together (and throwing in a dollop of North Korea and transnational terrorism) they present a formidable threat at least as challenging as the task of winning the Cold War.

It’s a complex challenge, testing America on multiple fronts, in multiple ways. Threats from China and Russia range from aberrant economic behavior, to aggressive diplomacy, to military expansion, and more.

Trump’s team deserves credit for framing the problem mostly right and crafting a strategy to push back on bad actors. While push backing is fine, it’s not enough to assure success in the long run. For that, America has to build the strength needed to win in a championship fight.

One of the defining attributes of this emerging great-power competition is that it will be another long-term endeavor. Best case scenario: Kim does a deal, denuclearizes and normalizes relations with the rest of the world; Iran blinks and follows the DPRK lead; Al Qaeda, ISIS and their ilk never get their game back. Unlikely as that best-case is, it still leaves Russia and China to worry about—and that’s a handful.

So, what’s the happy ending U.S. strategy aims to achieve? We want the competition to end, not with a bang, but a whimper—or better yet, a handshake. The United States isn’t out to be the world’s policeman or a live-in babysitter. Nor is Washington interested in regime change, let alone direct armed conflict. Rather, the United States looks to demonstrate its capacity to defend its vital interests and force its competitors to respect them—and keep doing that until the competitors wither away or decided it is time to stop competing. That could take a very long time—as in a decade, or decades.

So, while sustaining pressure on America’s competitors is important, so is sustaining American power so that America has the capacity to project power.

There are three fundamental strengths that have made and keep America a successful hyper-competitive power: the ability to defend itself; the capability to grow American prosperity; and determination to protect American freedom and sovereignty. As long as the United States has the right combination of foreign and domestic policies to keep America safe, prosperous and free, America can outlast any foe out there for the foreseeable future.

Freedom first. Make no mistake: freedom is a huge competitive advantage. Free societies are more innovative creative, and resourceful. They are also more resilient. In Democracy in America (1835), Alexis de Tocqueville had lots of nice things to say about the new nation, but he really wondered if a representative republic could fight wars and deal with protracted security challenges without collapsing over internal squabbling while the barbarians stormed the gates. Well over two hundred years of history, multiple wars and incessant domestic policy debates have answered that question.

There is too much talk in America about conserving American freedoms by curbing them. Some want to push back on Russian and Chinese meddling. Others worry about the long reach of social media tech giants or the fake news generated by fringe extremists groups. All valid concerns. Democracy is not a suicide pact. Malicious actors shouldn’t get a free ride. On the other hand, any solution—whatever the problem—needs to be proportional and need to safeguard individual freedoms.

There is also too much hyperventilating that America is being torn asunder by divisions at home and hatred from abroad. Americans aren’t nearly as divided and angry as they were in 1968 when social unrest, civil rights issues and the anti-war movement burned in the streets, seemingly every day. Similarly, while Trump is unpopular in many places abroad, particularly in Europe, so too was Reagan during his first term. The world turned out fine.

There is a danger of giving in too much to doom-and-gloom partisan rhetoric. It would be great if Washington could put partisan finger-pointing aside and focus on a freedom-first agenda. Americans should demand more in both the discourse and actions of their politicians.

Nor can America avoid the importance of freedom abroad. The administration needs to drive convergence among: the government’s efforts; strong congressional support for U.S. institutions undertaking democracy promotion-related activities; and the capabilities, expertise, and capacity of government and nongovernmental organizations (NGOs)—providing insights for an enduring national strategy that effectively harnesses these institutions in support of U.S. interests. The administration has tried to do that with its program on the global empowerment of women. It needs to do a lot more.

Prosperity as a Priority

Fundamental to American power is an American economy that allows its citizens to flourish and invests in protecting America’s interests at home and abroad. The administration has done much to jump start growth by reducing taxes excessive regulation and establishing sensible energy policies. But in the end, Washington still has to tackle the big problem: the mounting debt created by unrestrained government spending and mounting debt.

In addition, the United States has to get its place in the global economy right. Sure there are bad economic actors out there that need to be battled. But in the end, the U.S. objective ought to be to make global markets as free as possible.

Free markets are a home game for the United States. That is the field we should be playing on. The administration’s aggressive approach to opening foreign markets is welcome, but the tools it has employed—in particular tariffs and quotas—are costly for Americans and create harmful uncertainty for American businesses, potential investors, and allies.

The global network of like-minded states broadly committed to the principles of economic freedom is an enormous asset. Far better approach to advance our economic interests by strengthening the partnership with those states. This would include pursuing joint actions (including restrictions on trade in extreme cases) in order to encourage greater openness and respect for the rule of law in countries still lagging in those areas.

Soft power is great, but worthless if America can’t demonstrate the capability and will to protect its interests. Conversely, when America can lead from a position of strength, its soft-power tools are more effective. The administration deserves great credit for reinvesting in America’s armed forces. There is, however, more to be done to ensure the U.S. military is capable of protecting U.S. interests over the long term.

America is more than capable of delivering the defense it needs. The United States isn’t facing the conundrum of guns versus butter. When measured either as a percentage of GDP or as portion of overall federal spending, investments in defense are at historic modest levels.

There are debates to be had over the character and composition of the future force needed to outmatch the threats we will face. What is not in question is the need for sustained adequate investment in defense over time.

Together with friends, allies, and strategic partners, a strong America is more than ready to preserve in an era of great-power competition. The administration deserves credit for getting foreign and security policy more right than wrong. What we need now is leaders on all sides who will stop being more wrong than right—and start prioritizing the freedom, security and prosperity of the American people over their partisan bickering. That’s now America gets the strength for the fight.