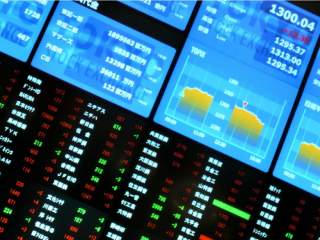 Negative interest rates are everywhere. In a move that surprised many observers, Japan announced its pursuit of a negative interest rate policy at the end of January, and although it was only a marginal move to -0.10%, it signaled to markets that the Bank of Japan was failing to meet its targets—and that the BoJ was willing to do more.

The BoJ’s move is, to a certain degree, misunderstood. It is certainly meant to stimulate the Japanese economy and spark inflation—the typical motivation of monetary policy. But negative rates work differently than most stimuli—more like a threat of a tax for not consuming. In Japan’s case, it is mainly targeted at banks, but a broader application would place pressure on consumers to reallocate their cash holdings toward investments.

Unlike the typical loosening of monetary policy, negative rate policies should have far less of an effect on currency exchange rates. For starters, interest rate differentials are a significant driver of exchange rate movements—but not the only ones. The negative interest rate policy channel differs from the predominantly currency-oriented quantitative easing (QE), and the two can work sequentially to form a coherent central bank strategy. QE, the easing policy characterized by central bank bond purchases, works to loosen financial conditions by pushing down a country’s exchange rate, which causes a country to sell more goods and services than it buys, increasing exports and decreasing imports.

After increasing the current account—a sort of national savings—the central bank needs to push this new cash out into the real economy. Enter negative rates. Without unleashing the bounty gained from QE, monetary stimulus would be a waste.  And to that point, negative interest rates are an indication that a central bank believes the cost of cash and the return on investment is too low. Negative interest rates increase the cost of holding cash. This causes a drawdown on savings as cash is no longer costless, and pushes up investment as the cash looks for a return.

In the wake of the financial crisis, central banks used the currency channel, with varying degrees of success, to reinvigorate their economies by increasing their share of global exports. But those “beggar-thy-neighbor” policies have run their course and their future effectiveness may be marginal at best. The problem has evolved to one of too much saving—“the paradox of thrift.”

In practice, there are number of potential targets for negative interest rates. Many U.S. corporations have tremendous stockpiles of cash, and there has been political debate about whether (and how) to allow the cash to return to America. This is an example of the potential usefulness of negative interest rates—as a mechanism to free up cash to jolt the economy. The notion at first sounds absurd, but negative rates filter into the economy in ways other policy options do not.

Negative interest rates are also a pseudo-fiscal policy in that they alleviate pressure on funding government debt levels. And this is a critical piece of the longer-term stimulative effect of negative rates. Because the marginal effect of “traditional” monetary policy (such as QE) is so diminished now, fiscal policies will be more heavily relied on to spur growth in the near-term. Negative interest rates also make it far less expensive to undertake fiscal measures. In fact, they make it more costly to not undertake fiscal stimulus due to the negative (or near zero) cost of borrowing.

This leaves the Fed and the U.S. economy in a strange position, both for current and future policy. The savings rate in the United States has moved higher during the recovery, meaning there is a pile of cash waiting to be thrust into the economy. If rates go negative, savers will be crushed, even more than they already have been with low yields on fixed income and savings accounts. This fact alone will make it an unpopular and politically difficult to justify, especially given the lack of knowledge about the efficacy of such policies.

But there is also the upside of having other central banks experiment with a mechanism the Fed has yet to pursue. This is unlikely to be the last negative step taken by the BoJ—or the rest of the world’s central banks. There is a higher likelihood that monetary policy progresses deeper into negative territory. The zero lower bound was once thought to be the bottom in rates. Now, the questions shift to how negative, and for how long, can central banks hold their interest rates?