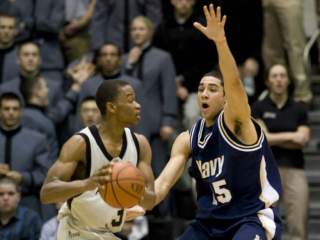 On the other side of the ball, a superstar pass defender bolsters the prospects of zone defense while making man-to-man defense a viable option. Indeed, man coverage by savvy, dexterous defenders represents the tactic of choice, in football as in undersea warfare. Nevertheless, zone defense can prove effective under certain circumstances. To choose, winning coaches get to know themselves and the adversary—just as successful naval commanders know and exploit their forces’ capabilities, compensate for their weaknesses and offset an antagonist’s strengths while exploiting its weaknesses. They tap their competitive advantages.

It’s possible to take zone defense too far. The prevent is a risk-averse, deeply conservative variant of zone defense. It’s an expedient for slowing down an opponent who’s advancing on a broad front, isn’t far behind on the scoreboard and is working on a tight deadline—usually the game’s end. The maximum number of defenders—six, making this a “Cover 6” scheme—drop into deep coverage to frustrate the long pass. They leave the short pass open as a result, yielding yardage for the sake of foreclosing the big play that could lose them the game. Prevent defense is about running out the clock without giving up a fatal big play.

While the naval balance may force the U.S. Navy into a zone defense of some type, then, prevent defense is one to avoid. Think about the differences between football and combat. Undersea warfare doesn’t unfold on the clock, for one thing. Rather than go uptempo, an enemy fleet can take its time, probing the defense for weak spots to slip through. It may and likely will unearth seams, considering the vast volumes of water defenders must monitor to prevail in open-ocean antisubmarine warfare (ASW). Deliberately surrendering waterspace to mount a defense-in-depth loosens up the defensive cordon, potentially letting the quarry escape into the briny deep—to be discovered again only when friendly ships start exploding and descending to Davy Jones’s locker.

Hence Breedlove’s unease at playing zone defense beneath the waves. He’s right to find the prospect disquieting. Strategic theorist Carl von Clausewitz holds forth on the hazards of dispersing combat power: “there is no higher and simpler law of strategy than that of keeping one’s forces concentrated. No force should ever be detached from the main body unless the need is definite and urgent” (Carl’s emphasis). The more a zone defense disperses assets, the leakier the defense, and the greater the likelihood a silent-running foe will sneak past the sentinels. U.S. commanders must bear this Clausewitzian wisdom in mind when designing and prosecuting defensive schemes.

Now, a zone defense patterned on basketball may be worth exploring. Properly executed, it would alleviate some of the problems over which Clausewitz frets. Such an approach demands that commanders turn the tactical setting to American advantage. And indeed, Julian Corbett—a fervent acolyte of Clausewitz—proposes a strategy that mimics the basketball more than the football approach. Corbett urges commanders to choose their terrain wisely, then disperse the fleet as widely as possible so long as it can still concentrate fighting strength at the decisive point after detecting an enemy boat.

The fleet’s disposition, writes Corbett, should be “elastic enough to permit it to cover a wide field without sacrificing the mutual support of its parts.” “Elastic cohesion” is the watchword for his brand of zone defense.

How to incorporate elasticity into U.S. submarine operations, balancing between concentrating power and watching wide sea areas? If commanders can arrange matters so that red-team subs must pass through a strait or other narrow passage to reach their patrol grounds—say, if the U.S. force chooses to defend the approaches to a strait—then something evoking a 2–3 zone might work. That’s a defense that assigns each of the five team members a sector around the basket to guard. The defenders run to the ball, shifting around within their sectors to render mutual support as the offensive team passes the ball around the perimeter. In other words, a zone defense concentrates defensive strength at shifting points along the periphery to deny the offense the close-in, easy, high-percentage buckets that coaches covet.

A 2–3 defense, then, is like a wall that that reinforces itself wherever the offense tries to penetrate for a layup or short jump shot. Getting inside that protective shell is tough. An effective zone compels the opponent to fire away from long range, where the percentage of successful shots dwindles markedly. The 2–3 zone represents a winning strategy against an opponent that lacks long-range sharpshooters, or an uptempo offense that lets the offense shoot more often—offsetting the lower percentage of shots that go in.

So concentration and dispersal of power are critical. Unlike coverage shells in football—the closest thing to zone defense on the open sea—a 2–3 defense masses the defenders around something the foe values rather than dispersing them in hopes of catching a hostile force advancing along a broad, indistinct front. That’s a more promising defensive philosophy than the NFL variant—and something silent-service tacticians should explore. A 2–3 zone would constitute the passive component, providing for close-in defense. In the meantime a superstar free safety—a highly capable sub—could prowl the periphery, harassing oncoming red-team members. That’s the active component.

Combining such sports-inspired measures would let U.S. submariners erect a stout defense—call it a hybrid zone/man, active/passive defense. Making geography an ally, then, promises major dividends. It bolsters prospects for success with even a meager number of subs. Study the map when devising maritime strategy.

So much for executing an ambitious strategy on a shoestring. How can a sports-minded U.S. Navy boost its future effectiveness in undersea warfare? First of all, the navy—like any old ball coach—must constantly upgrade the team roster, recruiting more and better players. And there’s no upper limit on the number of players except budgets. The rules governing sports are somewhat artificial in that they cap the number of players on the roster, and on the field or court. Not so in maritime operations. There’s no referee to enforce rules of high-seas combat. Each contender brings as many assets to the contest as it can afford and is willing to spare for an endeavor.

Second, augmenting the silent service’s striking power will impart new effectiveness to U.S. defenses, whether zone or man-to-man. American SSNs are the best in the world on a boat-for-boat basis, but their striking reach is woefully short, forcing them to remain close to one another in a defensive screen or while tailing an opponent. An SSN can accomplish little unless it closes to within ten nautical miles of a target, the extreme firing range of its torpedoes. That’s too short a reach. Fielding longer-range ASW implements is a must, as submarine-force potentates acknowledge.

Clausewitz describes the best defense not as “a simple shield”—a purely passive defense—but as “a shield made up of well-directed blows.” ASW weapons boasting ranges from, say, one to two hundred nautical miles would let the silent service create overlapping fields of fire from a distance, expanding the fleet’s geographic coverage. The long arm of U.S. SSNs would render zone defense more palatable than it is today while buttressing man defense.

Third, officialdom should augment the subsurface contingent through alliances and low-cost subs. Look at the Far East, where the PLAN and its sister services are making noise along Asia’s first island chain. Why not buy Japanese to offset Chinese pretensions? The U.S. Navy could purchase a squadron of Japanese Soryu-class diesel-electric attack boats (SSKs) at low cost, merge them into a combined U.S.-Japanese undersea fleet and station them permanently along the Japanese archipelago.

You don’t need a nuclear-propelled boat, with its unlimited cruising range and long at-sea endurance, to stage a zone defense in, say, the straits piercing the Ryukyu island chain. You can do it with an SSK—and you can buy four or five SSKs for the cost of a single Virginia-class SSN, the U.S. Navy’s latest. Substituting diesel for nuclear boats would free up pricey SSNs for duty elsewhere on the map. Plus, how’s a combined fleet for a token of solidarity with America’s foremost Asian ally?

And fourth, gee-whiz technology is creating new types of players to join the roster. It’s a truism among bubbleheads that the best antisubmarine platform is another submarine. Yet ASW has never been solely a sub-on-sub affair. Surface warships have battled subs for over a century now, supplemented by combat aircraft as aviation technology matured. Unmanned vessels and remote sensors can help plug the gaps in a zone defense, tightening up the 2–3 zone in confined seas while making open-ocean ASW a more realistic prospect—despite the colossal expanses of water involved.

For instance, “subullites,” or sonar nodes scattered around the deep seafloor, will gaze upward across a wide field of view, listening for passing subs. Once cued in, unmanned surface and subsurface craft will trail hostile boats for long stretches of time, vectoring SSNs or other ASW assets to the scene should a fight ensue. Buying such high-tech, low-cost assets in bulk only makes sense. Not only will such assets firm up zone defenses, they will return some of the active, man-to-man character to silent-service operations—and restore the efficacy of U.S. maritime strategy beneath the waves.