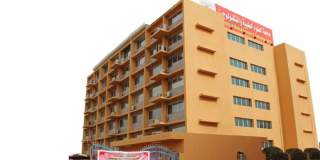 A private, elite school in Khartoum tells the story of the appeal of ISIS—a story that defies years of mythologies in the West about the lure of Muslim youth to extremism.

In June, twelve students of the prestigious University of Medical Sciences and Technology left their studies and crossed into Turkey to become fighters for the so-called Caliphate in Syria. They are from wealthy families, are citizens of the UK, United States and Canada, hold foreign passports, barely know Arabic or much about Islam, and had much to look forward to in life.

While this pattern is similar to other foreign fighters who have joined ISIS, the case of the Sudanese students is chilling not only for what it says about their willingness to toss away a promising life for a utopian idea, but also what it reveals about the tactical and unprecedented effectiveness of ISIS’ recruiting strategies.

University of Medical Sciences and Technology is becoming known as a recruiting ground because the students are perfect for the ISIS agenda: Most who attend school there were born in Western countries, though their families are from Sudan. They carry foreign passports, are well-educated and do not need money. They are drawn by the ISIS ideology.

Recruiting “foreign fighters” as they are called has been one of the many keys to the success of ISIS. It is also something the group boasts about because its leaders believe it is a major insult to Western governments if their own citizens, who presumably lead fulfilling lives in the West, risk it all to fight with ISIS in Syria and Iraq. The ISIS leadership also uses foreign fighters as evidence that their so-called Caliphate is a viable alternative to Western ideology.

One Sudanese, Ahmed Kheder, who was studying to be a physician, said in a video: “I don’t want money. I have never been interested in having a big house, expensive cars. This isn’t the life I wanted to live. Alhamdu lillah (thanks God). Here, I found a great cause, and I ask you all to join this cause, to join in helping all the Muslims here.” Kheder’s video encouraged other Sudanese students to join ISIS.

Sudanese society became more religious after the establishment of the Sudanese Islamic movement in the 1950s, and the emergence onto the political and religious scene of Hassan al Turabi, a respected legal scholar and ideologue who was educated in France. In recent years, there has been less extremism in Sudan than in neighboring countries because of the nonviolent traditions within Sudanese society. And it is believed that the percentage who have joined ISIS and other violent groups is small. In addition, the clerical establishment generally does not promote radical ideas. However, recently, Mohammad Ali El Gazuli, a sheikh who preached in Sudan, was arrested by the government for publicly supporting ISIS.

Some students and faculty believe it is not abstract ISIS propaganda online and in social media that is the draw; rather, it is personal relationships among the students that cause one friend to follow another into the militant organization. Perhaps it is the close-knit environment at the university, where students know each other and their families well. This development also defies what is assumed to be the power of social media—the tool Western analysts hold responsible for ISIS’ major recruiting success.

One young man, Osman Mustafa Fagiri, who was friends with the Sudanese students, died in Raqqa, ISIS’ de facto capital, after going to fight for ISIS against the forces of the Syrian regime. He was a British citizen, but also Sudanese. At one time, he was also a student at the University of Medical Sciences and Technology. Reports indicated that he inspired others to follow his lead in joining ISIS.

There are other factors and conditions that produce an appeal as well: One female student, who wanted to be identified as N.M. to protect herself, said the Islamic Cultural Association, (ICA), on the university campus invites many sheikhs from the Middle East to the university and they influence students within the ICA. Most students, she said, who join ISIS are from the ICA; one example is Mohammad la Arefe, a sheikh who spoke at the Islamic Cultural Association in September 2012, and a prominent Salafist who lives in Saudi Arabia and who has about twelve million Twitter followers. Arefe has been known in recent years for calling young Muslims to jihad to fight in Syria. He also advances as a very sectarian agenda and promotes anti-Shiism.

A Sudanese writer, Mohamed Jalal, contemplating the situation, believes the Sudanese youth are victims to a combustible set of circumstances: They are from two worlds, but do not feel they belong in either. Yet, they yearn for their Islamic identity while living in the West. And if exposed to radical ideas—whether it is through friends, sheikhs or social media—they become vulnerable to becoming radicalized.

“The problem festers when those Sudanese children grow up. They will acknowledge that the Western community where they thought they belong to is very far from them. As a result, they end up in the middle of nowhere, between their original culture and the other one. They are lost, and the best answer for them is to find God (Allah).They go to the mosque supposing that they will find God there, however, they will find radical sheikhs not Allah, and that is how the ISIS journey starts,” Jalal wrote.

The question now is where and how their ISIS journey will end.