Is the Summit for Democracy America’s Solution to the China Challenge? 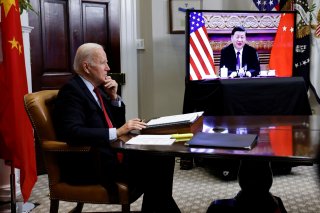 While Congress contemplates the U.S. Innovation and Competition Act (USICA) of 2021, Joe Biden’s White House is preparing for the first of two Summits for Democracy in Washington, D.C., on December 9-10. Representatives from over 100 democratic governments—including very small states—intend to focus on the preservation of democratic values in the free world order to deter the growing authoritarian regimes and to face the China challenge.

President Woodrow Wilson famously conceived a vision of a democratic world when he said the United States would enter World War I to “make the world safe for democracy.” With the rise of China and its authoritarian global outreach, is the world still safe for democracy?

When Wilson uttered those words, it was a hollow promise to the most post-colonial and newly-independent nations, including China. The emerging Republic of China lost its democratic aspirations and interest in Western thought especially because the Shandong Province was given from Germany to Japan in the Treaty of Versailles in exchange for Tokyo entering the war on the side of the Allies. The news of this unjust and undemocratic episode led to the May Fourth Movement initiated by students in Beijing, and later, the birth of the Communist Party of China in 1921.

A century later, the “great rejuvenation of the Chinese nation” under President Xi Jinping remembers the agony and humiliation of the Versailles decision. For Beijing’s leaders, the idea of “democracy” promoted by the West is an excuse for the dominance over China and the suppression of the return to the Middle Kingdom’s glory.

Given these historical contours, will China truly be a challenge to democratic governance and American leadership?

Until recently, the United States enjoyed cordial trade and diplomatic relations with Beijing dating back to Deng Xiaoping’s rule in China. But as Xi’s authoritarian actions in domestic and foreign affairs mounted, the United States and other like-minded world leaders began to realize the potential danger posed by China to the established democratic and liberal world order.

The upcoming USICA legislation is expected to integrate a series of China-targeted bills. These include the Endless Frontier Act, the Strategic Competition Act, and the Meeting the China Challenge Act, among others. The 2,276-page USICA aims to preserve technological superiority over China with a budget of $250 billion. It contains various initiatives, such as domestic semiconductor manufacturing and promoting nationalism through “buy American” requirements for federally funded projects.

Internationally, the Biden White House is now leading the G7 democracies to compete with Xi’s multi-trillion Belt and Road Initiative (BRI). The U.S.-led infrastructure plan is called the “Build Back Better World” (B3W). Along with the USICA, Washington intends to develop greater partnerships with G7 countries, mobilizing a unified vision to use the full potential of overseas development financial tools. These include the U.S. Development Finance Corporation, the U.S. Agency for International Development, the Export-Import Bank, the Millennium Challenge Corporation, the U.S. Trade and Development Agency, and complementary bodies such as the Transaction Advisory Fund. This $40 trillion plan is an ambitious vision to help narrow the needs of developing countries through partnerships with G7 governments by 2035.

The question remains: Has the United States and other democracies responded too late to the rise of China?

Even the U.S.-led AUKUS defense pact with the United Kingdom and Australia may be too late. Nuclear-powered submarines and other emerging technologies – such as cyber capabilities, artificial intelligence, quantum technologies, and additional undersea capabilities – are planned to be delivered by 2040. By that time, China would most likely have accelerated its technological competency and advanced economic prosperity to a greater height. In essence, the United States has a vision; China has already been on a mission to dominate the world both militarily and economically with its BRI.

Trade with All, Alliance with None

Economics is the driving force for military advancements, human development, and social welfare of any country. As Thomas Jefferson reminded, the United States ought to pursue “peace, commerce and honest friendship with all nations, alliance with none.”

In the current situation, however, it has become increasingly challenging for the United States to compete with China economically. For example, as of 2021, the United States owes $1.1 trillion in debt to China. Based on the Congressional Budget Office estimates, Congressman Randy Forbes (R-VA) calculated that Washington pays interest of almost $74 million daily to China.

Moreover, China has one hundred and seven bilateral investment treaties in force. Additionally, China has twenty-four Free Trade Agreements (FTAs) negotiated, including sixteen agreements that have been signed and implemented. On the other hand, the United States has only fourteen FTAs with twenty countries in force.

However, the BRI has not entirely been a success story. Many countries have canceled or limited their access to Chinese funds due to the lack of transparency and accountability.

Regionally, China is involved in territorial disputes with most of its fourteen neighbors. These include the Senkaku Islands (Japan), Cross-strait relations (Taiwan), the South China Sea (Vietnam, Malaysia, the Philippines, and others), and its Himalayan borders (Bhutan and India).

India is of particular interest among these disputes as the world’s largest democracy. For the foreseeable future, China may keep India militarily engaged in the Himalayan dispute to drain New Delhi’s national resources and to check its engagement with the Quad’s Indo-Pacific strategy.

Despite the border conflict, China has historically been India’s biggest trade partner with a negative balance of trade for New Delhi. In 2021, however, the United States surpassed China in bilateral trade with India with a positive balance of trade. This trend could further develop bilateral relations between the world’s two largest and powerful democracies.

Where to Go from Here?

All this evidence suggests that the United States needs to counterbalance China by providing alternative economic options apart from military and security guarantees alone.

The American-led B3W vision seems too futuristic. The reality on the ground in the developing world is more urgent. To win the race for public diplomacy and build trust among nations, Xi pledged another one billion doses of Chinese-produced Covid-19 vaccines to Africa on top of 200 million already pledged. To counter, the United States purchased over one billion Pfizer shots to be distributed in more than 100 countries by the end of 2022.

The United States has now recognized the importance of strategic countries as well as small nations. China had already identified the value of “one vote for one country” in the United Nations system (except for the UN Security Council). In fact, Beijing has pursued a small-country strategy in UN diplomacy, especially in UNESCO, the WHO, and other specialized UN agencies, to advance China’s national interests.

The United States and G7 democracies have now realized China’s shrewd UN strategy. About thirty small countries with populations under one million have been invited to the Summit for Democracy.

Every democratic nation acts primarily in its national interests, which are largely centered on economic imperatives. Chinese economic incentives to BRI-associated countries have appeared attractive to their national development strategies. If the United States begins to offer economic alternatives to Chinese offerings, it would be easier for democratic values and freedoms to flourish accordingly. This was the case with the Marshall Plan in the wake of World War II to rebuild West Germany, Italy, and other Western European countries as well as Japan.

Dr. Patrick Mendis is a distinguished visiting professor of global affairs at the National Chengchi University in Taipei and a distinguished visiting professor of culture and diplomacy at the Chinese Culture University in Taiwan, the Republic of China (ROC). He previously served as an American commissioner of the US National Commission for UNESCO at the Department of State as well as a military professor in the NATO and Indo-Pacific Commands of the Department of Defense.

Dr. Antonina Luszczykiewicz, an assistant professor at the Jagiellonian University in Krakow—Poland, is a non-resident fellow at the Taiwan Center for Security Studies in Taipei. Both served as Taiwan fellows of the Ministry of Foreign Affairs of ROC. The views expressed in this analysis do not represent the official positions of their current or past affiliations nor governments.