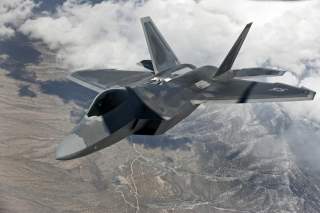 Here’s a fun filled fact Asia hands here in the beltway and throughout the U.S. need to make peace with: Washington at present has zero chance of stopping China’s island building adventure in the South China Sea. None. Zero. Zip. Nada. The Obama Administration’s lackluster approach when it comes to Beijing’s challenge to the international status quo has only enabled Chinese behavior over the last few years.

But what America can do— like any smart strategist— is gain a clear understanding of Beijing's strategy when it comes to Asia and plan the next move. And that next move, a carefully-thought-out reaction to Beijing’s various attempts to slowly change the international order in the Asia-Pacific is key. To put it quite simply: China needs to pay a price for its actions now and in the future. Beijing needs to be put on notice from here on out the costs of its actions will be steep— like the promotion of a “balancing” coalition that will only grow stronger with every aggressive action China takes.

Beijing’s strategy is quite genius when you think about it. For those who have been watching Chinese actions over the last several years, a clear pattern emerges. Beijing has crafted a strategy using various non-kinetic actions to recast the overall balance of power in Asia with China displacing the United States as the dominant regional force.

All the moves have one thing in common: none are provocative enough to spark a war or any type of kinetic response by those nations that are impacted. Such actions by China all create concern and raise tensions throughout the region. However, most never make the front page of major newspapers in America or raise serious alarm bells on the level of the situation in Ukraine or the challenge of ISIS. Nonetheless, the cumulative impact of such actions over the last several years is slowly changing the dynamics in Asia to favor China economically, politically and militarily.

(READ: China's Super Strategy to Crush America in a War)

A quick review of Chinese actions makes such a pattern easy to discern. Beijing has pressed ahead with a massive military build-up over the last twenty years, focusing on anti-access/area denial weapons and tactics clearly aimed at the United States.

It has also created what could be described as a zone of instability from the Senkaku Islands all the way to the very limits of what China has declared as its 9-dash-line in the South China Sea. In this zone, Beijing is attempting to dominate the near seas all around its coasts and eventually out to the second island chain. It has taken over small features in contested seas like Scarborough Shoal. It created an Air Defense Identification Zone in the East China Sea.

(READ: Are the U.S. and China Destined for War?)

Beijing has also aggressively challenged U.S. intelligence aircraft and naval vessels, endangering the lives of American as well as Chinese service personnel. Beijing’s leverages its fisherman to push its sovereignty claims to the point that it pays for portions of the fuel they need to fish in the very edges of its 9-dash-line, while also subsidizing the installation of Chinese-based GPS systems (just incase they encounter resistance).

And then there were those pesky oil rigs China dropped in Vietnam’s Exclusive Economic Zone (EEZ). Again, all of these are disconcerting, but none of them are provocative enough that nations around the region will go to war over them or start a major crisis— and that is just the way Beijing likes it.

(READ: Are Submarines About to Become Obsolete?)

Beijing’s actions in the South China Sea should not be shocking once we understand the strategy. China never makes any moves that would create a crisis big enough for Asia to unite against her. Chipping away at the international order in Asia is certainly a sounder strategic move than manufacturing a crisis which could drive all of Asia against you.

China’s island reclamation projects in the South China Sea are no different. While it is clear that other South China Sea claimants have been undertaking similar projects over the last several years, the scope and size of Beijing’s moves underscore its grander aspirations. Others have noted Beijing could use such man-made or enlarged islands to create naval bases, airfields, bases to house radar and anti-ship weapons, and refuel Chinese fishing boats and coast guard cutters. Such bases aren’t exactly defendable or “unsinkable aircraft carriers,” but if China is truly attempting to turn the South China Sea into “Lake Beijing” and become its sovereign master, this is one hell of a way to do it. Is America and/or any of its allies going to go to war over such moves? Nope, and that is the point.

Beijing has also mastered the all important spin game when it comes to explaining its claims to the international community. Beijing, at least according to Foreign Ministry Spokesman Hong Lei, feels it has “exercised restraint and a responsible attitude.”  Hong went on to say at a recent press conference that  “outsiders have no right to make groundless accusations. We hope the United States will honor its commitments, be prudent with its words and actions, and do more to contribute to China-US relations and regional peace and stability." If this is China’s idea of restraint, I would hate to see what aggression would look like.

How to Respond: Dump the Pivot, Time for a Conversation About a “Balancing Coalition”

So if China wants to change the international order in its favor, fine. But Beijing needs to realize it will pay a price for such a move— a massive one. That is the only way to successfully challenge China’s aggressive behavior going forward.

The best way to do this would be for President Obama to start changing the tone of the conversation when it comes to China. No more feel-good talk about wanting Beijing to be a partner, or promises to pursue a “new type of great power relations.” Obama needs to change course dramatically and make sure Beijing knows it has crossed the line.

This would involve punching up the rhetoric, beginning with a series of speeches and selected interviews discussing not just some half-hearted “pivot” to Asia, but a move towards “balancing” against those who want to disrupt the international order in the broader Indo-Pacific region. Richard Fontaine, the President of the Center for a New American Security (CNAS), touched on something similar in an op-ed for the Wall Street Journal, explaining that  “[T]he U.S. and its growing number of willing Asian partners should use Beijing’s recent action in the South China Sea to further galvanize their security cooperation—not as a method of containing China but rather of balancing its assertiveness.”

So how would “balancing” work in practice? Obama would need to explain that any nation that seeks to fundamentally chip away at the international order would no longer be considered a partner of the U.S., and Washington would work with nations around the region to “balance” against such actions.

We would play the time honored game of not naming China, but Beijing would know they were being called to task. They might even see such talk as code for China’s greatest fear coming true: containment— and so much the better. No U.S. official would use such a phrase, however, Beijing needs to know that something similar to it could be the next step if it didn’t halt its aggressive actions. There would be no threats of war or aggressive moves against Beijing, it would simply know its actions would have consequences from this moment on, and Washington would would balance any actions that are counter to the status-quo in Asia. In fact, John J. Mearsheimer offers words China should fear if it continues its actions:

The historical record clearly demonstrates how American policymakers will react if China attempts to dominate Asia. Since becoming a great power, the United States has never tolerated peer competitors. As it demonstrated throughout the twentieth century, it is determined to remain the world’s only regional hegemon. Therefore, the United States will go to great lengths to contain China and do what it can to render it incapable of ruling the roost in Asia. In essence, the United States is likely to behave toward China largely the way it behaved toward the Soviet Union during the Cold War.

China’s neighbors are certain to fear its rise as well, and they, too, will do whatever they can to prevent it from achieving regional hegemony. Indeed, there is already substantial evidence that countries like India, Japan, and Russia, as well as smaller powers like Singapore, South Korea, and Vietnam, are worried about China’s ascendancy and are looking for ways to contain it. In the end, they will join an American-led balancing coalition to check China’s rise, much the way Britain, France, Germany, Italy, Japan, and eventually China, joined forces with the United States during the Cold War to contain the Soviet Union.