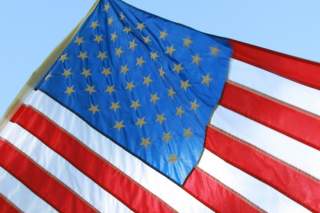 Robert Kagan’s foreign policy essay in The New Republic is attracting much attention for its critique of American drift. “There is no democratic superpower waiting in the wings,” he announces, “to save the world if this democratic superpower falters.” Strong words. But it is worth recalling that this is not a novel thesis. Rather, it is Kagan’s latest variation on a theme that he has consistently sounded on behalf of American global activism.

In numerous books and articles since the early 1990s, Kagan has enunciated the quintessential neoconservative doctrine--the United States, as the sole remaining superpower, should assume an ambitious, interventionist and moralistic leadership in world affairs. At the same time, he has deprecated the realist approach to foreign affairs, with its emphasis on limits, restraint and discrimination. For Kagan realism appears to be synonymous with defeatism: “Strangely enough,” he writes in his latest essay, “it [America’s retreat] is an intellectual problem, a question of identity and purpose.”

But how strange is it in the aftermath of Iraq and Afghanistan? Can America’s reorientation really be reduced to a matter of willpower and pusillanimous elites? Has Kagan’s credo, in fact, ever been persuasive?

Perhaps no one has analyzed that credo more acutely than Owen Harries. As editor of The National Interest from 1985-2001, the Welsh-born Australian conservative published Kagan. As a commentator he disagreed with him from the mid-1990s onwards with increasing vigor.

In 2004, on the eve of Kagan’s trip Down Under, Harries told The Australian newspaper: “For my money, Kagan is easily the best of the neoconservatives on foreign policy. His knowledge is deep, his thinking penetrating, his writing elegant, and he’s a brilliant polemicist.” But Harries added: “It’s such a pity that he has got things so wrong in his advice to the Bush administration.”

Harries was referring to the doctrine of preventive war, democracy promotion and aggressive unilateralism that culminated in the disastrous decision to invade Iraq in 2003, which Harries and most realists, including John Mearsheimer, Stephen Walt and Brent Scowcroft, opposed. But the divergence between realist and neoconservative views concerning the direction of post–Cold War foreign policy was evident well before September 11. And it was Harries, nearly thirty years Kagan’s senior, who became the chief antagonist of neoconservative foreign policy thought throughout the 1990s.

“A shrewd analyst of world politics and a graceful writer, Harries scored a number of telling points,” recalled current TNI editor Jacob Heilbrunn in They Knew They Were Right: The Rise of the Neocons, and he “turned out to be one of the most impressive figures in the neoconservative movement because he illuminated its flaws.”

In the Fall 1995 issue of TNI, for example, Harries pointed to two serious flaws.

First, Harries highlighted Kagan’s failure to recognize the changed circumstances of the post–Cold War era. He was fond of quoting both John Maynard Keynes (“When the facts change, I change my mind. What do you do, Sir?”) and Edmund Burke (“The circumstances are what render every civil and political scheme beneficial or noxious to mankind.”) With the end of the Cold War and the collapse of Soviet Communism, the “facts” of the international scene had changed dramatically and the “circumstances” were conducive to a new way of looking at the world.

For Harries, an ardent Cold Warrior, the United States rightly adopted an activist, assertive, global policy in response to the geopolitical and ideological threat represented by the Soviet Union. When that superpower collapsed, and the threat disappeared, however, it was logical that such an enormous change in circumstances not only justified, but also demanded, a profound reassessment of foreign policy--a scaling down and a reordering of policies and priorities in Washington.

Harries was hardly alone in thinking that “if the Cold War was a happening of such monumental, compelling importance, one that profoundly shaped American policies and priorities, then surely the end of the Cold War was a happening of comparable importance, calling for an equally profound reassessment of American policies and priorities.” Many dedicated Cold Warriors and leading foreign affairs experts, Republican and Democrat alike, had been arguing that, having won a great victory, it was time for America to embrace a more restricted view of the nation’s interests and commitments.

In The National Interest in 1990 (which Kagan quotes in his recent essay), Jeane Kirkpatrick thus argued:

“With a return to ‘normal’ times, we can again become a normal nation – and take care of pressing problems of education, family, industry and technology... It is time to give up the dubious benefits of superpower status and become again an.... open American republic.”

William Hyland, editor of Foreign Affairs at the time, wrote: “What is definitely required is a psychological turn inwards.” Nathan Glazer proposed that it was “time to withdraw to something closer to the modest role that the Founding Fathers intended.” And according to Henry Kissinger, the definition of the U.S. national interest in the new era would be different from the Cold War: “more discriminating in its purposes, less cataclysmic in its strategy and above all, more regional in its design.”

Harries had published several influential articles about how much scaling down was wise and about the nature and extent of the rethinking and reordering that was appropriate. But Kagan would have none of that. As he and his fellow neocons saw it, anyone who argued for any scaling down could not possibly be making a rational response to radically altered circumstances, but was suffering from a collapse of confidence. Two decades later, Kagan is making the same observation about the American people and their weak political leadership.

Second, Harries highlighted the irony of Kagan’s worldview: he had justified his global activism on ultrarealist logic and he was criticizing realists on the grounds that they were insufficiently pessimistic and prudential. Now, these qualities are usually thought to be the hallmarks of realism, which stresses to the point of boredom the intrinsic dangers of an anarchic international state system.

For Kagan, however, although the world of the 1990s remained relatively benign, it would rapidly disappear unless it was propped by high levels of American power, influence and engagement. And so if anything, the United States needed to assume greater, not lesser, responsibilities for the peace and stability of the international order than it did even as the leader of the free world during the Cold War. Why? Because as Harries pointed out:

“In order to justify the foreign policy he wants, [Kagan] must advance a view of the world that -- the US excepted -- is itself an ultra-realist, crudely Hobbesian one. The crust of the world order is paper thin; the world is full of predatory states; a return to normality not closely policed by the United States will inevitably result in a return to wholesale aggression and conflict. Possible and potential threats must be treated with the same urgency as real, existing ones. Minor threats must be aggregated so that they collectively provide the equivalent of a deadly threat (a process roughly equivalent to maintaining that a bad head cold plus a slipped disc plus an in-growing toe-nail are together as deadly as, say, a brain tumor). Only a virtuous America provides an exception to this Hobbesian state of nature, and the only secure and desirable world will be one dominated -- apparently forever -- by US power.”

Kagan, like many neoconservatives at the time, was driven in that direction because of his conceptual set up. He had to stress danger and threat in order to justify the need for, to give a rationale for, an American leadership and activism that was his starting point. And he had to deny realists their essential prudence in order to explain why they did not share his views about such hyperactive leadership.

But the real difference between realists and neoconservatives was not a matter of distance along the chain of contingency and awareness of danger, but rather how best to cope with the danger that they both agreed was evident. Kagan’s way was—indeed remains—an all-embracing, American global leadership, which of course has been another way of saying the United States is a “benign hegemon” or “indispensable nation.” The realist way was—and remains—carefully attending to the balance of power and seeking to share initiative with other states.

“While he insists on the superior virtue of the United States, and while he severely reprimands realists for allegedly doubting the good sense and enthusiasm for world leadership of the American people, Kagan himself seems to have little faith in the powers of discrimination and judgment of his fellow countrymen. Thus the United States must involve itself in all matters large and small, must interfere everywhere, because ‘[t]here is no certainty that we can correctly distinguish between high-stake issues and small-stake issues in time to sound the alarm.’ So habit must be substituted for judgment. Americans must, so to speak, keep in training by developing the habit of meddling everywhere, since otherwise they will get out of practice and fail the crucial ‘tests of American strength, character and endurance’ when those appear. As he has no confidence in their power to select and choose, to calculate probabilities and degrees of seriousness, American foreign policy must be a matter of all or nothing at all; and as nothing at all is unthinkable, it must be all.”