Surprise Attack on Iran: Can Israel Do It? 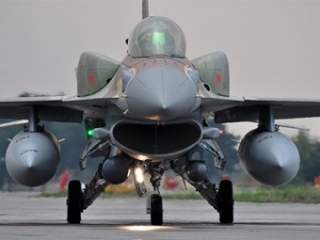 According to a report in March by the Israeli daily Haaretz, Israel continues to prepare for a strike on Iran’s nuclear facilities. Quoting anonymous members of the Knesset who were present during hearings on the military budget, officials in the Israel Defense Force (IDF) have allegedly received instructions to continue preparing for a strike and a special budget has been allocating for that purpose. However, conducting a military operation against Iran’s key nuclear facilities would be a challenging task for the Israeli military. The distance from Israel to the Iranian nuclear sites is such that any strike using the air force would be challenging on its fuel capacity. Allocating tanker planes to the mission could alleviate part of this concern. Nonetheless, Israeli jets can't spend too much time in Iranian airspace before the mission itself is in jeopardy. Engaging Iran's air force in dogfights must be avoided. Therefore, surprise will be a necessary element in a successful Israeli mission.

A successful surprise attack is not easy to achieve. It rests on the ability to deceive the adversary. In general, a deception strategy might involve several elements, related to the timing of the operation, the military platforms involved, the targets, the routes chosen to the targets, the munitions used, and so on. There are several potential obstacles. First, preparations for conducting a military operation must be made without revealing the main elements of the surprise. Second, the political decision must be made covertly, that is, without revealing the timing of the operation. Could Israel pull it off?

Israel has in the past utilized both of these elements in order to succeed with conducting military operations. Both the Entebbe operation in 1976 and the attack on the Iraqi reactor in 1981 came as complete surprises to the targets due to their lack of knowledge about Israel's military capabilities and understanding of its decision-making process and willingness to accept risk.

An example of the latter factor as an element of surprise was the 1967 attack on Egyptian airfields. At the time, Israel possessed about two hundred operational jets. 188 were used against the airfields. The costs of this strategy were obvious: only twelve planes were left to defend Israel's territory. Egypt failed to understand the Israeli willingness to accept risk, which in part led to the mission's success.

Another example of deception came before the 1982 invasion of south Lebanon. Prior to the formal Israeli annexation of the Golan Heights in late 1981, Israel amassed military forces in the north to deter a Syrian response. Instead of scaling back after tension had subdued, Israel kept the forces there in order to utilize them in the forthcoming Lebanese campaign. Getting used to the increased Israeli military presence in the north, the PLO and Syria failed to consider the possibility that these might be stationed there for a forthcoming invasion. Israel was itself the victim of this strategy in 1973. Egypt conducted several large training drills prior to its surprise crossing of the Suez Canal. This made it hard for the Israelis to assess whether the Egyptian actions were part of another drill or preparation for an actual attack. The Israeli failure to acknowledge this potential Egyptian deception strategy is also an example of how a state fails in incorporating the lessons of the past. Just five years earlier the Russian army had invaded Czechoslovakia in a move that begun as a training exercise and continued as a surprise attack. The head of Israeli military intelligence at the time, Aaron Yariv, issued a directive that every major training exercise by an adversary was to be regarded as a potential attack, but this directive was forgotten by the Israeli military and political leadership after Yariv quit his position in 1972.

There was an additional element to the 1973 Egyptian deception strategy. In 1968, Egyptian generals concluded that they did not have the capabilities to challenge the Israeli military. Still, the decision was to train as if it had the military capability to go through with the attack. After focusing all of its effort on covertly acquiring the necessary equipment and manpower—thereby making previous exercises more relevant—its capabilities came as a surprise to the Israelis who still assessed that the Egyptian military was in no shape to undertake the crossing. Israel learned the lesson of that experience and then utilized it in the 1981 attack on the Iraqi reactor. After having trained for months on fuel-saving maneuvers, and after just having absorbed their new U.S.-supplied F-16 fighters, the Israeli air force had acquired the necessary capabilities for the mission. It was Iraq's turn to fail in accurately updating its assessment of Israel's capabilities.

An element of deception must also be included in the decision-making process. The meeting of the Syrian-Egyptian Armed Forces Supreme Council in August 1973 serves as a precedent. In order to keep the meeting secret, all participants resorted to civilian means of transport and false passports. An important topic was on the agenda at that meeting—a decision on the two options for D-Day (only to be awaiting the final approval of presidents Sadat and Assad). It was deemed crucial that the Israelis did not learn of the meeting.

In Israel, it is the government as a whole—not the prime minister—that is the commander-in-chief of the military. The green light for a decision to attack Iran's nuclear sites must thus be obtained from the cabinet ministers. Upholding secrecy after a vote in the full ministerial cabinet is a challenge. The cabinet meets every Sunday morning. However, according to the procedure requirements, the agenda items must be finalized by the preceding Wednesday. Listing the item “military attack against Iran” is not an option since the time frame from Wednesday to Sunday is a long period to keep a secret. There are three options: assure an unscheduled meeting (which may well ring some alarms), vote in advance (that is, further outsource the decision on timing to a smaller forum, but this would still risk the leak of valuable information), or announce a general or fake topic. The Begin government chose the second option prior to the attack on the Iraqi reactor in 1981. Then the ministerial cabinet approved the operation in principle and allowed the final decision to be made in the smaller security cabinet (consisting of key ministers). Former premier Ehud Olmert preferred a combination of the first and third option. The press release announcing an unscheduled cabinet meeting the day before the attack on the Syrian reactor in September 2007 said that the security cabinet was to convene to discuss “Israel's response to Kassem rocket fire from the Gaza Strip”. Another example of Olmert's masking of the decision-making process leading up to the attack on the reactor was related to a meeting with the U.S. administration in June 2007. The official reason given for the meeting between Olmert and George W. Bush on June 19 was Iran's nuclear program and the peace process. However, in that meeting Olmert urged the U.S. to attack the reactor.

Since the Iranians are expecting an operation, it would be impossible for Israel to achieve strategic surprise like they did with the attack on the Iraqi reactor in 1981. However, operational and tactical surprise may be achieved with regards to how the operation will be conducted and the specific date and time of the operation. One of the major problems will be how to achieve operational surprise when preparations will need to be undertaken to counter the threat of missiles from Iran, Hezbollah, and Palestinian groups in Gaza. One solution to this defensive preparations dilemma is to conduct exercises and distribute personal protective gear continuously for a long time, so as to make it impossible for Iran to determine when an attack will be launched. This has indeed been done. In recent years, Israel has conducted numerous large home-front exercises (in part also as a result of the Syrian civil war and potential fallout). It has also distributed gas masks to a large portion of the population (although it has recently been scaled back).

Mobilization of the reserves is a complex issue in Israel that also touches on the decision-making process. The mobilization would risk being delayed if it takes place under a massive missile attack from Iran and Hezbollah. A recent report from Israel's state comptroller questioned the reserves' ability to mobilize under fire. As such, the order needs to be given prior to the initial Israeli attack. However, mobilizing the reserves would be a signal to Iran that an attack is impending. It is possible that the Israeli leadership's preferences for operational secrecy induce it to delay the mobilization until the day of the attack (to the risk of higher casualty numbers). According to Israeli law, mobilization of the reserves requires the approval of the Knesset Committee on Defense. Time could be saved with obtaining the committee's approval in the months preceding the attack. Begin obtained an approval for the operation against the Iraqi reactor in the full ministerial cabinet in October 1980, which then outsourced the timing decision to the security cabinet. To protect secrecy after a series of domestic leaks, the security cabinet later decided to leave the decision on the date of the operation to Begin, Foreign Minister Yitzhak Shamir, and Chief of Staff Rafael Eitan. A similar procedure could be implemented with regards to the decision to mobilize the reserves.