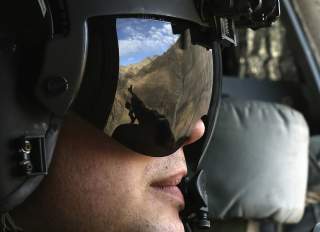 The United States has conducted sixteen years of counterterrorism efforts in Afghanistan at a high-operational tempo, which has helped to prevent a catastrophic terror attack from occurring on the homeland. The last one occurred on September 11, 2001. However, in the aftermath of Operation Enduring Freedom, Al Qaeda has focused on its regeneration, ISIS-Khorasan has become “operationally emergent,” and the Haqqani Network is now “externally enabled.” The rise of these terror threats signals the need for improvements in U.S. counterterrorism policy in Afghanistan. Within ten months of transitioning to Operation Freedom’s Sentinel, U.S. Special Operations Forces conducted a large-scale operation in the Shorabak District of the Kandahar Province, which was aimed at destroying two training camps belonging to Al Qaeda’s regional affiliate, Al Qaeda in the Indian Subcontinent. One of the training camps spanned thirty square miles. The existence of these camps shows how rapid malign actors, such as Al Qaeda’s regional franchise, can exploit under-governed areas in Afghanistan—even with a persistent U.S. presence in Kandahar. Thus, in an area where as many as twenty terrorist organizations in Afghanistan and Pakistan “creates the largest concentration of terrorist and extremist organizations in the world,” sustained U.S. counterterrorism pressure will prevent violent extremist organizations like Al Qaeda from using Afghanistan as a base from which to plan terror attacks on the United States.

In such a volatile and complex security environment, the United States must have a credible host-nation partner force that can target terrorist leaders, nodes and facilitators. This is a precondition to Secretary Mattis’s vision of success in Afghanistan. The Afghan Special Security Forces (ASSF) are at the forefront of the fight to deter armed groups’ exploitation of Afghan territory, conducting 80 percent of the Afghan National Army’s offensive operations. As some experts postulate, it is “much cheaper for the United States and its allies to support [the ANDSF] than it is to deploy large numbers of U.S. and other NATO soldiers.”

Simultaneously, given the pervasive instability and unpredictable turbulence in which violent extremist organizations thrive, it is in the interest of the United States to maintain a high-end, albeit small, counterterrorism capability to unilaterally address threat networks. Such an enduring security commitment would signal to Islamabad that Pakistan need not prepare for a post–United States Afghanistan, diluting its incentives to support armed groups that degrade the gains of NATO and the Afghan government. Strengthening partners and weakening adversaries will lead to conditions that are ripe to achieving and sustaining a politically acceptable end-state.

However, regional actors may serve as spoilers with the aim of protecting national interests in Afghanistan and increasing the costs of the United States’ extended presence. Reports of Moscow’s arming of the Afghan Taliban—purportedly under the guise of combating ISIS-Khorasan—add fuel to the conflict. This strategy, a component of what the United States views as irregular warfare doctrine, seeks to “subvert, coerce, attrite, and exhaust an adversary” as opposed to pursuing a defeat through conventional means. Similarly, Iran portrays the Afghan Taliban “not only as the lesser of its enemies but also as a useful proxy force” to take advantage of a growing security vacuum. These state actors can exploit these relationships as levers of influence by providing material support to the Taliban to pressure the United States and pursue their geopolitical objectives.

The new U.S. strategy of “R4+S”—regionalize, realign, reinforce, and reconciliation, plus sustain—provides the best course of action to attain Secretary of Defense James Mattis’s vision of “winning.” This vision relies on achieving a state of security in which the Afghan government, with international help, could reduce violence to a point where “local security forces can handle it.” Maintaining a persistent counterterrorism platform within Afghanistan to support unilateral efforts and better enable the battle-tested ASSF will lead to more effective counterterrorism operations. This effort will help create a force nimble enough to adapt to emerging threats to U.S. interests and support host-nation efforts to deter terrorist exploitation of Afghan territory. There are advantages to preventing terrorists from establishing a safe haven to plot or direct attacks against the United States while at the same time ensuring the survival of a non-Taliban government. Those advantages are worth the cost of maintaining an enduring presence in Afghanistan, and those goals are attainable—but they will not come without consequence.

Nicholas A. Glavin is a candidate for a Master of Arts in Law and Diplomacy (MALD) from The Fletcher School at Tufts University. He previously worked as a researcher at the U.S. Naval War College’s Center on Irregular Warfare and Armed Groups (CIWAG). The views expressed are the author’s own and do not represent those of the U.S. Government. Follow him on Twitter @nickglavin.

Image: The Afghan mountains are reflected in the visor of a US Army Airborne CH-47 Chinook window gunner while flying behind U.S. Defense Secretary Chuck Hagel as he travels to visit American troops at Forward Operating Base Gamberi December 7, 2014. Hagel on Sunday met with troops in Afghanistan on what is likely his last visit there before stepping down from his post. Hagel's visit comes one day after he announced that the U.S. will keep up to 1,000 more soldiers in Afghanistan into next year than previously planned, saying the additional forces were needed because delays in signing security pacts had impacted plans to raise troops from other countries. REUTERS/Mark Wilson/Pool ​