Syria Is Not Ukraine 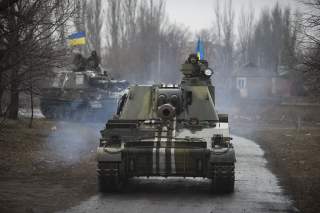 Seen from the red-brick towers of the Kremlin, Syria and Ukraine look very different. But as the wars in both countries continue to drag on, some in the West have become accustomed to lumping Russia’s two interventions together. After all, Russia seeks a sphere of influence that includes both countries. However, its actions and motivations in Syria and Ukraine are vastly different, and confusing them runs the risk of derailing possible solutions.

Russia fueled a conflict in the Donbass and annexed Crimea as a matter of principle: the Kremlin believes that Ukraine rightly belongs within its sphere of influence. Ukraine, on the other hand, sees its European aspirations as part of its slow crawl out from under the yoke of its colonial oppressor. Russia has politically dominated Ukraine since the early 1700s, with only a brief break after World War I. For three hundred years, the two countries’ cultural and political leaders have operated in both spaces. Leonid Brezhnev was Ukrainian. In today’s Kiev, you’d be hard-pressed to find a TV or radio show on which the speakers don’t frequently switch languages between Ukrainian and Russian, sometimes mid-sentence. So President Vladimir Putin has difficulty imagining that a country so similar to his own might prefer a European future.

Crimea is particularly close to the hearts of many Russians. When it was still part of the Russian SSR, Joseph Stalin deported all 230,000 of the peninsula’s indigenous Sunni Muslims, the Crimean Tatars, in order to make room for Russian settlers. In commemoration of the three hundredth anniversary of Russia’s annexation of Ukraine, Nikita Khrushchev transferred the Crimean Peninsula from the Russian SSR to the Ukrainian SSR. After independence, many Crimean Tatars returned and were granted the right of self-government by Kiev. All that changed after Russia’s annexation of Crimea in March 2014. After two years of mounting persecution of Crimean Tatars, this past April the Russian authorities declared the Tatar Mejlis, or parliament, an extremist organization. Russians, however, feel that the annexation of Crimea corrects Khrushchev’s mistake, and “Crimea is Ours” has become an important rallying slogan from Novgorod to Vladivostok.

This intertwined history cannot be repeated for Russia’s relationship with Syria. Czar Alexander III established diplomatic relations with Ottoman Syria in 1893, but Russia played no significant role in the region until the beginning of the Cold War. It was only in 1971 that Hafez al-Assad allowed the USSR to establish a naval support point on the Mediterranean. The Kremlin has repeatedly said that its main priority is preventing yet another state from having what it sees as a U.S.-installed government, and that the Kremlin has no particular attachment to the Assad family. After the “color revolutions” in Georgia and Ukraine, as well as the removal of Muammar el-Qaddafi in 2011, the Kremlin sees the United States as the reason it’s losing friends in the region. It certainly won’t allow yet another country come under American influence. Perhaps more salient for the Kremlin, Russia’s intervention has earned it a seat at the table, alongside the United States, as a conflict mediator, although its contribution to the crisis in Aleppo risks alienating Russia once again. Nonetheless, it’s clear that the campaign in Syria is based on pragmatic self-interest, and not on historical honor.

Finally, the most striking difference between the conflicts is the disparity in scale. The Syrian Civil War has taken the lives of over four hundred thousand people, generated nearly eleven million refugees and internally displaced persons (IDPs), and incubated the growth of ISIS. The war in Ukraine has taken the lives of ten to fifteen thousand people and generated 1.5 million IDPs.

Without Russia’s military and logistical support for the Donetsk and Luhansk People’s Republics, the war in Ukraine would have ended in August 2014, and then again in February 2015. Likewise, had Russia not begun an intensive air campaign in September 2015, President Assad may have been deposed by now.

Russia’s participation is a necessary condition for the continuation of both these wars. But since the motives behind that participation are different, the global community will need to develop parallel strategies to counteract these two instantiations of Russian expansionism. Simply upping sanctions won’t get us out of this one.

Mykola Murskyj is a Belfer International and Global Affairs student fellow at the Harvard Kennedy School, as well as a project manager with Razom, a non-partisan organization dedicated to developing civil and human rights in Ukraine. He has spent years studying Eastern Europe, and spent quite a bit of time living there, most recently as a summer researcher at VoxUkraine, a think tank in Kiev.