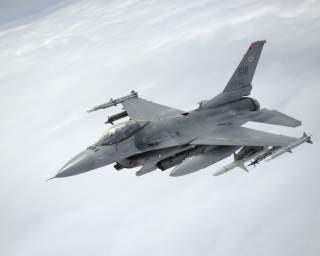 In the fight against ISIL in Iraq, the news this summer has been very good for the US-led coalition. Since the beginning of the year, ISIL has only lost ground in Iraq in the face coalition and Iraqi forces. There is now talk of a drive to recapture Mosul, Northern Iraq’s most important city, which has been occupied by ISIL for more than two years. It would be natural to assume that progress in Iraq will translate to progress in Syria. In reality, defeating ISIL in Syria will be a tall order.
In Iraq, the US can rely on Iraqi government troops and friendly Kurdish militias to carry the burden of the ground offensive to drive ISIL out of Iraq’s cities. In Syria, there is no ground force capable of marching forward under cover of American airstrikes to take and hold ISIL’s core territories. This means that, even though enormous progress has been made in Iraq, the US is still a long way from defeating ISIL—though you wouldn’t get that sense from listening to senior US officials.

There has been quite a lot of good news lately in the fight against ISIL on the Iraqi side. The jihadist group has been driven out of Ramadi and Fallujah. It is also under severe financial distress. Now, its position in Mosul, the last major city it holds in Iraq, is under threat.

The good news comes with caveats. For example, much of the fighting has been undertaken by Shi’ite militias who are not well liked by Iraq’s Sunnis, meaning Baghdad’s gains may be hard to consolidate. The campaign for Ramadi and Fallujah took so long that Islamic State fighters did enormous damage to these cities before they could be freed. But observers should make no mistake that the news this summer has been very good.

Progress has come because the United States stepped up airstrikes against ISIL and opened up funds for Kurdish fighters in the north. It also increased the number of advisors on the ground and embedded some of those advisors in Iraqi battalions, increasing the effectiveness of Iraqi forces. Now, it appears the coalition is preparing to push into Mosul, last major Iraqi city held by the Islamic State, and that they may begin the assault as soon as October of this year.

A recent report in Politico quotes several U.S. military sources laying out the broad outlines of a plan to finish ISIL in Iraq by taking Mosul. American air power will isolate the city, preventing ISIL forces from reinforcing their troops there. Then, America’s Kurdish allies will move into the city from the north and Iraqi government troops will move in from the south. Iraq’s Popular Mobilization Force, the umbrella group for the Shi’ite militias fighting ISIL, are also likely to play a role in the final push.

With all this good news coming out of Iraq it would be easy to assume that the coalition’s momentum is transferable to the fight on the Syrian side of the border, and for months news reports have conflated progress in Iraq with progress in Syria. All the way back in January, the AP claimed the Defense Secretary Ash Carter had laid out a plan to seize Raqqa, when any fair reading of the Secretary’s comments showed he had done no such thing. The Politico report quotes U.S. officials who say they want to time the assault on Mosul and the assault on Raqqa to coincide with each other, but nowhere is there any explanation as to how this could be accomplished.

This is the glaring hole in America’s anti-ISIL strategy. The United States has allies on the ground in Iraq who can take territory from ISIL and hold it but their progress will stop at the border. The Iraqi Army isn’t going to invade Syria and the United States has no allies in Syria who can seriously threaten Raqqa.

Inside Syria, the United States has been heavily reliant on the Syrian Democratic Forces (SDF) in the fight against ISIL. In name the SDF is a multiethnic coalition with representatives from all Syria’s sectarian groups. In reality, the SDF’s combat power primarily comes from the Kurdish People’s Protection Units (YPG). The YPG control much of the territory in Syria’s north along the border with Turkey and they have proven themselves tough, capable fighters in the war against ISIL. Unfortunately, the YPG are not well positioned to lead the fight to take Raqqa.

First, it is far from clear that they, for all their battlefield successes, have the logistical capability to support the kind of ambitious offensive operation that would be required to take Raqqa. This is one reason why the YPG have publicly said they don’t have any plans to try and take Raqqa and are instead focusing on driving ISIL out of the area around Manbij, just west of Kobane near the Turkish border.

Second, even if the YPG were ready to move on Raqqa, sending Kurdish troops to take the Arab city might give a communal character to the fight, causing Arabs in eastern Syria to rally to the ISIL banner. The anti-ISIL citizen journalist group Raqqa is Being Slaughtered Silently (RSS) recently raised this exact concern. Their warnings should be taken seriously.

RSS has advocated for a force with Arab troops in the lead to take Raqqa, but it is far from clear that anyone can build such a force. The SDF was supposed to become that force, but it is still dominated by the YPG. Tensions between Kurdish rebel groups like the YPG and predominantly Arab rebel groups like the Free Syrian Army (FSA) are high and have been for years. Relations between the groups reached their nadir in 2013 when the YPG and FSA ended up fighting each other for control of the northern city of Ras al-Ayn after regime forces were driven out of the city.

The FSA are even further from being in a position to take Raqqa than the YPG are. The FSA have no significant forces or holding in eastern Syria, with their main area of strength now in the northwest around Idlib. With geography keeping the FSA from threatening Raqqa and sectarian concerns militating against the YPG leading the way, the United States faces the harsh reality that it has no allied forces on the ground in Syria that are obvious candidates to take the ISIL capital, no matter how much air support the coalition can provide. When Mosul finally falls, the fight against ISIL will be far from over.

John Ford is a reserve Captain in the U.S. Army who has previously written on terrorism and the Middle East for The National Interest. You can follow him on twitter at @johndouglasford.

Image: “An F-16 Fighting Falcon departs after being refueled by a KC-135 Stratotanker during Sentry Savannah 16-3, Aug. 3, 2016. The F-16 is highly maneuverable and has proven itself in air-to-air combat and air-to-surface attack. (U.S. Air Force photo/Senior Airman Solomon Cook)”