Syria: Why Trump Must Learn the Art of Stalemate Diplomacy 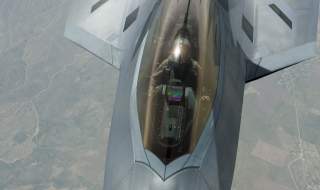 By sitting on the sidelines in the diplomatic process to end the Syrian Civil War, President Trump diminishes his ability to influence outcomes. He should authorize American diplomats to engage with Turkish and Russian counterparts to craft an accord excluding Iran.

In War and the Art of Governance, per Joseph Collins, Nadia Schadlow opines that U.S. operations in Afghanistan and Iraq revealed what she calls the “missing middle,” defined as a gap between combat and steps to achieve stability and forge a sustainable outcome. Collins said, “If we have such plans for Mosul [Iraq] and Raqqa [Syria], they are well kept secrets.”

This gap is an opening for Trump to use stalemated diplomacy about Syria to help end that conflict: Combine enhanced U.S. diplomatic initiatives with Ankara and Moscow and stepped up military support to the anti-ISIS coalition to render Iran’s continued participation at peace talks irrelevant and unpalatable to Turks and Russians. Secretary Tillerson shows he uses confidential yet forceful diplomacy; Trump and his generals demonstrate a willingness to back up diplomacy with force, U.S. airstrikes on Syrian installations in April 2017 (message of resolve to Moscow) and by announced enhanced support for anti-ISIS forces (message of resolve to Ankara).

Turkish president Recep Tayyip Erdogan said the U.S. strikes were a positive response to “war crimes of Assad,” and called for a no-fly zone over Syria.

Ankara responded negatively when the United States declared enhanced support to its Syrian Kurdish forces, but the level of vitriol was muted, in part because the decision had been previewed with Turkey and the country had not been disrespectfully blindsided.

Per Time magazine, Russian president Vladimir Putin, a steadfast ally of Bashar al-Assad, condemned the strike but did little to aid him. Tehran’s tepid reply was for Iranian foreign minister Javad Zarif to engage in a tweet storm: The chemical weapons rationale for U.S. military force against Syria was “bogus.” Also, see U.S. allies and friends that chimed in with full support for the airstrikes.

Filling the gap between the use of force and diplomatic steps to achieve stability and forge a sustainable outcome is the subject of this post. Meeting in the Kazakhstan capital of Astana, three guarantor powers—Russia, Turkey and Iran—agreed on May 4, to create “de-escalation zones” across four areas in Syria. Turkey’s participation in this dealmaking with Russia and Iran reflects its desperation to secure itself from the Syrian conflict and conviction—based on the last four years—that U.S. engagement in Syria was not going to be in Turkey’s interests.

The Trump administration was not included in the accord, but an American official was present in Astana. The State Department expressed concerns about the agreement, “including the involvement of Iran as a so-called ‘guarantor.’” “Iran’s activities in Syria have only contributed to the violence, not stopped it, and Iran’s unquestioning support for the Assad regime has perpetuated the misery of ordinary Syrians.”

On May 17, Trump met with Russian foreign minister Sergey Lavrov at the White House. (Lavrov had met earlier for a longer meeting with his counterpart, Secretary Tillerson.) The president said it was a “very, very good meeting,” and both nations wanted to end “the killing—the horrible, horrible killing in Syria as soon as possible and everybody is working toward that end.” But Trump offered no thoughts on whether the United States would take part in safe zones in Syria.

That Ankara agreed to cooperate with Moscow for establishment of de-escalation zones reveals frustration in Ankara at not having secured U.S. support for the zones. The Turkish proposal never made clear they would not be co-opted by anti-Assad forces into safe bases for them, ensuring Damascus and Moscow would disallow their establishment. On April 27, Time reported that Ankara and Washington, DC were on a collision course after Turkish aircraft struck the Syrian Kurdish militia (YPG). (Turkish aircraft also killed Iraqi Kurdish Peshmerga in an error that Ankara admitted.) If that was an attempt to have Washington back down from support for the YPG against ISIS, it failed.

The United States subsequently deployed forces as a buffer and later announced enhanced support for the YPG. Unlike the previous administration, Trump realizes Ankara’s need for U.S. assistance is as great, if not greater, than the United States’ need for Turkish support. (It was not lost on Ankara or Moscow that the April 6 U.S. airstrike was carried out from U.S. naval forces, not via Turkish bases or airspace.) This shift from formerly giving Turks a veto over U.S. planned actions—lest the Turks cut off access to their air bases near the Syrian border—to a willingness to plot a course with regard for Turkish interests, but without a veto, gives Washington more room to maneuver. Now, it is time to craft a diplomatic-military strategy for countering ISIS once it is defeated and set the stage for resolving the Syrian conflict in cooperation with Russia and Turkey without Iran once ISIS is defeated.

Like his predecessor, Trump is moving slowly toward establishing safe zones, and his support for anti-Assad forces is lukewarm. But Trump’s approval for delivery of TOW antitank guided missiles to the rebels increases U.S. active support for them and reinforces the perception that Washington is willing to take more action in support of its diplomatic efforts.

Erdogan and Putin met in Sochi, Russia on May 3 to discuss Syria. At issue is whether they might forge an alignment that distances Ankara further from Washington. M. Şükrü Hanioğlu penned a story in the National Interest on Apr. 15, 2017, titled Is America’s Alliance with Turkey Doomed? He said that Turkey’s foreign policy often reflects its desire to avoid isolation and desperation. Thus, Ankara is unlikely to break with Washington—even given its apprehension about American ties to Syrian Kurdish actors—and throw in with Russia or China unless it felt completely abandoned by Washington, or if Erdogan felt he was not being shown the respect due his country.

Israeli prime minister Benjamin Netanyahu spoke with Putin to address safe zones in Syria, which were agreed upon by Russia with Iran and Turkey on May 4. On May 11, Israeli newspaper Haaretz reported that Netanyahu did not object to the principle of safe zones in Syria, but Iran’s role in the accord and role as a guarantor raised concerns in Jerusalem.

John Ford noted in an October 2016 National Interest story that “establishing safe zones would create a host of challenges, especially given the complicating factor of Russian forces now in the country.” Safe zones must be protected with military force or they are not safe. Declaring a safe zone that you are not committed to defend would invite civilians to gather in one place where they can be attacked. Ford points out that this situation mirrors Srebrenica in 1995.

The Way Forward for Trump

First, fill in the gaps of the “missing middle,” with coercive diplomacy (diplomacy backed by a willingness to use force) against Assad.

Third, use enhanced credibility and force to enter negotiations with Moscow and Ankara while rendering Tehran’s participation in talks irrelevant and unwelcome.

Dr. Raymond Tanter served as a senior member on the National Security Council staff in the Reagan-Bush administration and is now Professor Emeritus at University of Michigan. Tanter tweets at @AmericanCHR. Edward Stafford is a retired Foreign Service officer; he served in Political-Military Affairs at the State Department, as a diplomat with the U.S. Embassy in Turkey, and taught at the Inter-American Defense College. Stafford tweets at @egstafford.