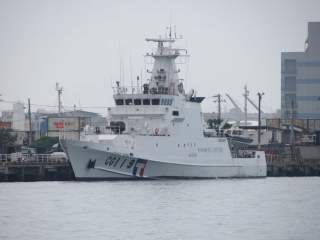 As the international community digests reports that China is placing weapons on artificial islands it is building in disputed areas of the South China Sea, Taiwan President Ma Ying-jeou has launched a new peace plan for the region.

Speaking at a meeting of lawyers, analysts and scholars held in Taipei to discuss the role of international law in Asia-Pacific integration, Ma outlined his South China Sea Peace Initiative – a plan that aims to “peacefully resolve disputes in the South China Sea.”

Like Ma’s previous East China Sea Peace Initiative, which was ignored by both China and Japan, and his China Peace Accord, which was dropped from his re-election campaign after provoking a negative reaction in pre-election polls, the latest of Ma’s missives is a high-minded vision that he is in no position to deliver. While it is perhaps admirable that Ma’s government “hopes to be a responsible stakeholder and a regional peacemaker,” the reality is harsh but clear: it simply is not going to be acknowledged as one.

The flaws in the peace initiative are not solely down to Taiwan’s marginalization. Recent developments in this perennial territorial dispute make it virtually impossible for anyone to emerge as a non-partisan deal breaker. The Philippines government is questioning the legal validity of China’s “9-dash line”—a line China has drawn on a map to claim contested areas of the South China Sea—in the international courts, and the Permanent Court of Arbitration (PCA) at The Hague is set to rule on the matter soon. Meanwhile Vietnam is supporting the Philippines’ case despite both sides having overlapping claims.

China, for its part, appears to have ceased pretending there might be a shadow of benign intention behind its actions in the South China Sea, possibly pre-empting a legal ruling in the Philippines’ favor, which Beijing will ignore but not be able to make disappear. And, in the face of overt Chinese expansion in the region, the United States appears to have finally dropped its scarcely credible insistence that it does not hold a position on the dispute.

Against this geopolitical backdrop sits this new peace initiative from Taiwan. But let us not forget that Taiwan has identical South China Sea claims to that of China. This occasionally raises fears among some in the Asia-Pacific that it might cooperate with Beijing and thus Taiwan’s credibility among the region’s other claimants is, by default, damaged goods.

Ma’s peace plan is an attempt to convince the region that Taiwan approaches the dispute in a very different way to China. But his strategy falls well short of what is required. It is understandable that Taiwan may not feel comfortable in heeding calls to clarify its interpretation of the original 9-dash line (the line was drawn during the last years of the Republic of China’s presence on the Chinese mainland), not least because it would anger China. However, this position is becoming increasingly untenable. If the Philippines succeed in its court case, and international judges rule the 9-dash line to be legally baseless, how much longer would Taiwan be willing to stick with it? Ma cannot have it both ways.

With its emphasis on peace and prosperity, reconciliation and cooperation, and adherence to international law, Ma’s rhetoric hits the right notes. But substance is lacking. Ma has publicly applauded “the successful experiences of my administration in promoting peace in the region, first in the Taiwan Strait, then in the East China Sea and the South China Sea.” Notwithstanding the warming of cross-Strait relations following Ma’s early and unequivocal embrace of the one-China principle, these claims are, to put it charitably, overblown. And in light of China’s unilateral efforts to “establish facts on the ground” in the South China Sea, Ma’s rhetorical commitment to the peaceful settlement of maritime disputes borders on irrelevance.

Ma previously put forward his East China Sea Peace Initiative in August 2012, immediately prior to Japan’s decision to “nationalize” the Senkaku/Diaoyu islands that it controls, which in turn precipitated rising tensions with China. The plan demanded that the actors involved should “shelve disputes, respect international law, resolve disagreements peacefully, and negotiate sharing resources and cooperative development.”

Despite Ma’s claims that “responses to our East China Sea Peace Initiative have been very positive,” Beijing and Tokyo studiously ignored it. Ma does rightly celebrate the fisheries deal that was signed between Taiwan and Japan in April 2013 after decades of negotiations. The deal eased near annual conflicts between the Taiwanese fishing fleet and Japanese coast guard for incursions into waters around the Senkaku/Diaoyu islands.

It has been heralded, not least by Ma, as a rational modus operandi for disputed territories. However, in truth, it was a deal that suited both for strategic reasons. Despite its rhetorical claim to the Diaoyutai islands, the question of sovereignty over the islands does not provoke much nationalist sentiment in Taiwan nowadays (it once did many years ago, but now only a very small number of Chinese nationalist die-hards care) and the major issue was securing fishing rights. For the Japanese, a small concession to Taiwanese fishermen allowed them to concentrate their attentions on the much bigger issue of China’s activities.

Taiwan proposes joint development of resources and participation in “dialogue and cooperation mechanisms to resolve disputes.” A five-point plan calls on all parties to exercise restraint, refrain from unilateral action and respect the principles and spirit of international law. It proposes a maritime code of conduct and cooperation mechanisms for a range of non-traditional security issues. All of these suggestions are based on the premise that disputes should be put aside in order to focus on the joint development of resources, with the goal of making the South China Sea a “Sea of Peace and Cooperation.”

These are highly laudable ambitions that are wholly undermined by Ma’s assertion that this utopian ideal is in fact what is already happening in the East China Sea, a claim that is nonsensical. Without China’s agreement (and China would never entertain what Ma is proposing, putting aside the fact that Beijing treats Taiwan as its own province), any proposal is wishful thinking, and Ma must surely be aware of that. So why bother?

First, it is not unusual for Taiwan to put out such statements; it does so periodically to remind others that it too is a claimant. Indeed, Taiwan holds one of the few features that can be reasonably called an island (Taiping/Itu Aba) as opposed to mere reefs, rocks or artificially reclaimed land. Second, Taiwan’s marginalization in international society is such that a high profile issue such as the South China Sea provides a good vehicle for “international participation,” even if the scale of Taiwan’s participation is mainly restricted to the rhetorical arena. Third, the South and East China Sea disputes are not core or emotive issues for the great majority of Taiwanese voters, which affords Taiwan’s leaders the latitude to put forward reasonable propositions, such as those set out by Ma, to share resources, without incurring the wrath of nationalists.

In doing so, Taiwan has the added benefit of demonstrating that it is distinct from China, a “responsible” actor that is interested in promoting peaceful solutions rather than challenging the status quo. For Taiwan’s image (and self-image), proposals of this nature are positive, and the Ma administration will search for, and highlight, any hint of positivity that may come in regional responses to the initiative. Ultimately, however, what Taiwan proposes carries little weight simply because no one appears to be listening—not least in Taiwan itself where Ma’s proposal has been met with apathy.