Is Taiwan No Longer a Bipartisan Issue? 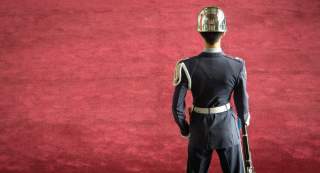 The U.S. media’s shrieking outcry and the partisan clamor resulting from President-elect Donald Trump’s ten-minute phone call with President Tsai Ing-wen of Taiwan raise the question of whether a longstanding "consensus" in American foreign policy has been broken. This consensus is the bipartisan support for Taiwan since President Jimmy Carter severed diplomatic relations with the nation on January 1, 1979 as a condition to normalize ties with the People’s Republic of China (PRC).

President Carter’s unilateral decision in 1978 to sever ties with Taiwan did not go unchallenged. Senator Barry Goldwater (R-AZ) along with six other members of the Senate and eight members of the House of Representatives filed a complaint in federal court challenging the constitutional authority of the president to abrogate the Mutual Defense Treaty between the United States of America and the Republic of China without the consent of the legislative branch. In a rapid chain of events (by legal standards), the case was propelled to the Supreme Court.

Although the Supreme Court ultimately passed on the merits by dismissing the case in December 1979 on the basis that the issues at bar represented a “nonjusticiable political question,” the fact that Congress took the president to the Supreme Court over Taiwan highlighted, in no small part, the unwavering support that it had in Congress among both Republicans and Democrats. Yet senior policy planners at the time thought differently and believed that Washington needed Beijing. Taiwan’s days were presumed numbered.

Despite these expectations, Taiwan thrived in the ensuing four decades. The government liberalized from the top down while an active civil society fervently pushed for political reforms from the bottom up. Taiwan evolved from an authoritarian government to a vibrant democracy. Support for Taiwan and its democracy grew within the United States.

Amid changes in administrations, U.S. policy on Taiwan has remained relatively consistent. That is because U.S. policy toward Taiwan is enshrined within the 1979 Taiwan Relations Act, which remains the cornerstone of preserving U.S. interests with Taiwan to this day. Successive U.S. presidents starting with Ronald Reagan all justified their actions through the Taiwan Relations Act. Reagan issued the 1982 Six Assurances to Taiwan. Bill Clinton sailed two carrier battle groups toward the Taiwan Strait to deter PLA saber-rattling. George W. Bush stated that if the island came under attack from China the United States would do “whatever it took to help Taiwan defend itself.” And Barack Obama notified Congress about more than $14 billion in arms sales to Taiwan between 2010 and 2016.

So clearly, when President-elect Trump accepted a congratulatory phone call from the democratically-elected president of Taiwan on December 2, the media had a meltdown.

News editors and pundits waxed hysterical about how the phone call “upended,” forty years of U.S. policy. Major networks amplified the frenzy by bringing on experts, clearly upset from the divisive election, who echoed the headline and propagated a narrative that reflexively toed the line of Beijing rather than analyzing the merit of the action taken by the president-elect.

It doesn’t matter that nothing in the language of the Taiwan Relations Act or Three Communiques explicitly prohibits the president-elect of the United States to take a phone call from Taiwan’s leader. Nevermind that federal executive power resides only with the president and not the president-elect. Nevertheless, this has not stopped partisans from criticizing Trump’s move as being a “huge mistake”—ostensibly because of Beijing’s reactions, but seemingly more because it was Trump who took the call.

Is Taiwan becoming a casualty of what former Assistant Secretary of State for East Asian and Pacific Affairs Kurt Campbell called the “fracturing foreign policy consensus”?

Republican members of Congress were unambiguous in their support of the president-elect’s action, even those who were critical of the president-elect during the 2016 presidential campaign. Senator John McCain (R-AZ) told CNN, "I think it's [the call] healthy ... [t]hey're an independent nation, Taiwan, and I believe in the One China policy, but they are a democracy, which China is not and I believe that a conversation with the president of a freely elected, democratic Taiwan is more than appropriate." Senator Ted Cruz (R-TX) tweeted: “I would much rather have Donald Trump talking to President Tsai than to Cuba's Raul Castro or Iran's Hasan Rouhani. This is an improvement.” Senator Tom Cotton (R-AR) issued a press statement: "America's policy toward Taiwan is governed by the Taiwan Relations Act, under which we maintain close ties with Taiwan and support its democratic system. I commend President-elect Trump for his conversation with President Tsai Ing-wen, which reaffirms our commitment to the only democracy on Chinese soil.”

Noticeably quiet or obscure in their praise, however, are Democrats who have long supported a stronger U.S.-Taiwan relationship. Supporters of the relationship know very well that a phone call is long overdue and does not indicate a change in U.S. policy. Yet the fact that they remained silent despite the obvious ridiculousness of not talking to the leader of a fellow democracy and important security partner speaks to the incredibly polarized political environment that the policy exists under now.

As the late conservative scholar James Quinn Wilson noted, political polarization “encourages our enemies, disheartens allies, and saps our resolve.” This polarized environment presents a power-play opportunity that will not be lost on the PRC. Beijing will pull out all the stops to try to define the United States’ “One China” policy and squeeze Taiwan’s international space. Already, Beijing is urging the United States to deny or at least restrict President Tsai’s planned transit stops in the United States en route to Central America, even though transit stops are consistent with the 1994 Taiwan Policy Review. There are signs that Beijing's pressures are yielding some consequences.

When the political storm settles, bipartisan support for Taiwan will endure because of the shared values and growing strategic interests between the United States and Taiwan. Nevertheless, this ongoing episode underscores the widening rift in America and a clearly polarized political environment that has led people to coddle Beijing and seemingly sacrifice Taiwan on the altar of partisan interests.