Taiwan Is Ready to Serve as an Indo-Pacific Partner 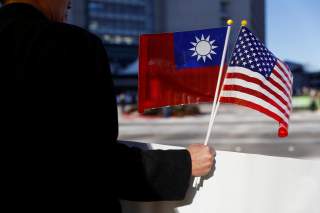 The Trump administration’s long-awaited National Security Strategy, which was released on December 18, has provoked a litany of praises as well as criticisms. The spectrum of opinions ranged from effusive endorsement as a “first-rate effort filled with ideas that need to be taken seriously,” to constructive criticisms that highlighted the strategy’s shortcomings for its lack of cohesion in certain areas such as trade policy, to visceral rejection out of hand. To be sure, the Trump administration has been challenged by a lack of consistent messaging about its strategy. Yet despite some dismissive comments about the NSS’s importance, it is a document that serves a significant function, as it reflects what scholar Walter Russell Mead calls the “broad principles and elements of consensus on which the administration will base its work.” In one area, the document deserves particular recognition for its much-needed clarity.

For the first time since the White House began producing the National Security Strategy in 1990, during the George H. W. Bush administration, the 2017 NSS mentioned Taiwan specifically by name and clearly reaffirmed the United States defense commitment to Taiwan. The document stated a U.S. intent to “maintain our strong ties with Taiwan in accordance with our ‘One China’ policy, including our commitments under the Taiwan Relations Act to provide for Taiwan’s legitimate defense needs and deter coercion.” It is a new development for such language to be included in a national-security document of this caliber. However, it bears noting that providing for Taiwan’s defense falls within a long historical pattern of U.S.-Taiwan cooperation, which was most recently reflected in the Trump administration’s decision to approve $1.4 billion in arms sales to Taiwan in June 2017. During the previous administration’s eight years, President Obama approved over $10 billion in military equipment for Taiwan, to provide for Taiwan’s defense needs.

The Obama administration’s 2015 NSS made no mention of Taiwan. Its tone towards China was also significantly different than that of the current 2017 NSS. This is unsurprising, given that the Obama administration’s official policy at the time was to maintain “positive, cooperative, and comprehensive” relations with Beijing. The United States’ approach towards China then can be summarized by text within the 2015 NSS: “The United States welcomes the rise of a stable, peaceful, and prosperous China. We seek to develop a constructive relationship with China that delivers benefits for our two peoples and promotes security and prosperity in Asia and around the world. We seek cooperation on shared regional and global challenges such as climate change, public health, economic growth, and the denuclearization of the Korean Peninsula.” However, the 2017 NSS is more clear-eyed about China’s military rise and international behavior. As former senior NSC official Mike Green comments, “There is one element in this NSS that represents a clear departure from the past and may well inform American strategic thinking well into the future: the emphasis on great power competition with China.”

On its own, as Green puts it, the NSS is “transitional—important, but not the last word on U.S. strategy.” But set against the backdrop of the president’s vision for a “free and open Indo-Pacific,” our view of the Trump administration’s grand strategy snaps into focus. In October, the Trump administration began unveiling the contours of an “Indo-Pacific” strategy to replace former Obama administration’s “pivot/rebalance.” In the lead-up to his whirlwind Asia trip in early November—the longest of all his overseas trip to date—Trump’s secretary of state, Rex Tillerson, underscored the vision for a “free and open Indo-Pacific” centered on a quadrilateral relationship between democracies such as India, Japan, Australia and the United States. It’s worth remembering how critics were quick to cast doubt on the viability of the strategy, after President Trump’s visit to Beijing made it appear as if relations between the United States and China were at their best. Then at a public seminar in Washington, DC in late November, the administration’s confirmed nominee to be assistant secretary of defense for Asian and Pacific security affairs stated that the president’s vision for a free and open Indo-Pacific “suggests . . . that there should be a key role for Taiwan.”

Indeed, this larger context strongly suggests that the Trump administration sees a pivotal role for Taiwan in the Indo-Pacific. In the 2017 NSS, Taiwan was discussed in the “military and security” paragraph of the section on “priority actions” in the region. The text preceding the mention of Taiwan explains the U.S. approach to the entire region: “We will maintain a forward military presence capable of deterring and, if necessary, defeating any adversary. We will strengthen our long-standing military relationships and encourage the development of a strong defense network with our allies and partners.”

So what is Taiwan already doing in the region, and how can Taiwan work with the United States to improve security in the Indo-Pacific?

The best starting point for this discussion should be based on the common goals and challenges that officials from the United States, Australia, India and Japan outlined when meeting in Manila on November 12. According to the State Department, “the officials examined ways to achieve common goals and address common challenges in the region, such as: upholding the rules-based order in the Indo-Pacific, including freedom of navigation and overflight, respect for international law, and the peaceful resolution of disputes; increasing connectivity consistent with international law and standards, based on prudent financing; coordinating on counterterrorism and maritime security efforts in the Indo-Pacific; and further cooperating to curtail the DPRK’s nuclear and missile programs and unlawful acts. The quadrilateral partners committed to deepening cooperation, which rests on a foundation of shared democratic values and principles, and to continue discussions to further strengthen the rules-based order in the Indo-Pacific region.”

Rules-Based Order in the Indo-Pacific

The Indo-Pacific is a large geographical area, and Taiwan could help the United States reinforce freedom of navigation (FON) for the benefit of all countries in the region by enforcing this principle of international law. The United States routinely asserts the right for its military and civilian vessels to travel up to, but outside of twelve nautical miles from a country’s coast. Under the UN Convention of the Law of the Sea, which the US abides by but has not ratified, “territorial waters” is within these 12 nautical miles (nm) and is therefore off limits; however, 12 nm to 200 nautical miles is considered “exclusive economic zone” and other countries’ militaries and civilian ships and aircraft would be allowed to pass through, as with “international waters” beyond 200 nm.

Taiwan has a capable array of coast guard, naval and air force assets that enable it to conduct such FON operations, and a prudent approach could be for Taiwan to conduct a FON operation immediately before or after a US FON operation--but before the US arrives would be safer so since the United States would be there soon after to help maintain peace and stability in the region.

The nascent Indo-Pacific strategy did not emerge from a strategic vacuum. China’s new Belt and Road Initiative (BRI), announced in 2013, represents a pedal-to-the-metal effort to push China’s maritime and land access, thereby connecting China to Europe by way of the South China Sea and Middle East. It does so through “belts,” along with land-transportation access through “roads.” The publicly stated intention for this grand design is for commercial reasons: to open new channels for its goods to flow out. Per China’s claims, it will help others’ goods to flow into China too.

China provides significant infrastructure funding to partner states, often in the hundreds of millions of U.S. dollars for a single commercial port project, to take its recent cooperation with São Tomé and Príncipe as an example. The estimated $5 trillion plan, which will be primarily financed by Chinese banks and China-led multilateral financial institutions, covering sixty-five countries—many of which have a less-than-desirable record in good governance—make a potent cocktail for corruption. Moreover, the same channels and ports used to ship goods could be used for security reasons, too, such as refueling and resupply of Chinese naval vessels in what some have called a “string of pearls.” As a detailed study by Nadège Rolland astutely concludes: