Taiwan’s Election Has Echoes of 1992 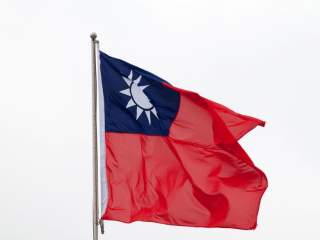 This Saturday, Taiwan will elect a successor government to President Ma Ying-jeou and his ruling KMT party. Over the last eight years, the Ma administration has pursued a warming of ties with mainland China with marked success. With lower temperatures across the Strait of Taiwan, the island and its mainland neighbor have enjoyed more stable relations and growing interdependence. Yet a fervently anti-incumbent mood has defined this campaign, one driven by economic anxiety and exacerbated by questions of Taiwanese identity.

The opposition DPP, led by Dr. Tsai Ing-wen, have deftly capitalized on the electorate’s anxiety and stand poised for victory. Despite following a president who could objectively claim substantial foreign policy victories, Dr. Tsai may be about to prove that the old Clintonian adage, “It’s the Economy, Stupid,” resonates far beyond America’s shores.

Indeed, the Ma administration likely deserves more credit than it receives for the accomplishments of its two terms in office. Since cross-strait rapprochement began eight years ago, direct flights between Taiwan and China have grown from near-total prohibition to almost 900 per week. Mainland tourist visits are bringing significant new economic and cultural ties to Taiwan and China, with 5,000 individual and 5,000 tour group travelers allowed to make the trek each day. More significantly, cross-strait trade has grown to $200 billion per year. President Ma and his government’s policies have not only stabilized a tumultuous relationship, but also resulted in substantial material gain.

Yet, so far these achievements have failed to overcome election-season fundamentals—namely difficult economic headwinds and a young Taiwanese electorate that increasingly views itself as culturally distinct from the mainland. 2015 saw Taiwan’s forecasted GDP growth cut from 3-4 percent to less than 1 percent. Moreover, the stabilizing forces of economic interdependence with China have turned into a liability in the public’s eye. China has shifted from its traditional place as Taiwan’s low-tech complementary trading partner to an increasingly higher-tech direct competitor. Also, giving fire to President Ma’s critics, many perceive that Taiwan’s closer connections to the Chinese market have also left it open to China’s economic vulnerabilities. While hitching to the mainland’s gangbuster growth rates of last decade was an unambiguous benefit at the time, China’s new shakier-than-expected outlook is contributing to Taiwan’s economic anxiety and fears of decline.

Skepticism of cross-strait interdependence and trade agreements came to a head when the KMT-dominated legislature attempted to ratify a trade pact with China in March of 2014. About two hundred demonstrators, most of them students, occupied the legislative floor until the legislature’s speaker offered a concession. By the twelfth day of the occupation, as many as 500,000 Taiwanese rallied on the streets of Taipei. These protestors call their campaign the Sunflower Movement (太陽花學運), as a symbol of hope and in reference to their chief complaint that the Taiwanese government lacks the sunlight of transparency in its dealings with the mainland.

The Sunflower Movement is emblematic of a larger problem for the KMT: the increasingly prevalent and nuanced questions of Taiwanese national identity. In polls leading up to the campaign, nearly 90 percent of the population chose to identify themselves as “Taiwanese” rather than “Chinese.” As fewer and fewer Taiwanese youth have parents or grandparents who came from the mainland, this trend is intensified in the younger generation. While just 76.2 percent of participants aged 70 or older identified as “Taiwanese,” 93 percent of those aged 30-39 and 92.5 percent of those aged 20-29 chose this option.

Social media in Taiwan has only accelerated this trend by offering the youth a platform to explore their national identity and share this identity with others. The Sunflower Movement’s Facebook page has over 62,000 likes and includes posts expressing economic woes and fear of closer ties with China. Furthermore, this free and robust media culture in which the Taiwanese are forming their national identity stands in stark contrast to its mainland counterpart. The far more censored and curated experience on the Chinese internet creates a limited national dialogue and, for many Taiwanese, reinforces the cultural differences across the strait.

The combination of dissatisfaction with economic policy and a recently empowered sense of national identity has led the DPP to an opportunity similar to one the Democrats saw in 1992. The soft spoken and staid Dr. Tsai Ing-wen certainly lacks the charisma of Bill Clinton, but like him, she has capitalized on a nation suffering from economic angst to the benefit of her public opinion polls. Indeed, the last set of polling numbers before the election had Dr. Tsai ahead of KMT candidate Eric Chu by as much as 34 percent.

Of course, now, as then, the real secret is, "It's the Economy, Stupid."

Harry Krejsa and Phoebe Benich were 2010 and 2014 Fulbright Fellows to Taiwan, respectively. Now working with the Asia-Pacific Security Program at CNAS, you can follow them on Twitter @harrykrejsa and @phoebenich.