Take It from a European: NATO Is Obsolete 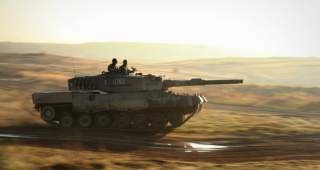 The recent visit by Secretary of Defense James Mattis to NATO allies does not erase the fact that, as a presidential candidate and president-elect, Donald Trump stated on many occasions that NATO is obsolete. It is a bigger problem than just burden sharing. Trump’s key message is that the world has changed to the detriment of the United States, and that NATO no longer fits comfortably into this new world order. Of course, the United States will not withdraw from the organization, but NATO will get less attention from the Oval Office in the coming years. That is for sure.

For those in Europe who care about the alliance, this is a nightmare. But instead of clinging to the past, they should wake up. The world today is indeed fundamentally different from the one we happen to know, and certainly from the times into which NATO was born. It is indeed bizarre that NATO is still alive. Defense alliances are, by definition, temporary. Realists do not believe in long-term structural cooperation between states, and certainly not in the field of security. At most, states can try to cooperate in an alliance on a short-term basis to defeat a common enemy, like during the two world wars and during the Cold War. Once the enemy is gone, alliances have no meaning anymore. It was on this basis that John Mearsheimer and many others predicted the end of the alliance after the end of the Cold War. The implosion of the Warsaw Pact and the USSR itself should, indeed, have led to the demise of NATO.

It did not. The least bad explanation is organizational inertia. NATO tried to adapt to the changed circumstances by finding new enemies: proliferation of weapons of mass destruction, “rogue states,” failed states, ethnic conflicts (as in the Balkans) and, later on, terrorism. It is not difficult to come up with real or imagined dangers. But states do not need to be part of a militarily integrated organization to protect oneself against these kind of minor threats. Collective defense organizations, based on the premise of “an attack on one is an attack on all,” are established to defend oneself against an attack by a major power: Germany in 1914, Germany and Japan in the first half of the 1940s, the USSR during the Cold War, and maybe China in the future. Not for peacekeeping.

NATO’s post–Cold War track record is dismal, which is not surprising, given the nature of the beast. Apart from the Balkans, which are more or less stable (although tensions are flaring up again these days), the NATO military interventions in Afghanistan and Libya are a complete failure. Thirteen and six years after NATO's intervention, respectively, these states have hardly stabilized. On the contrary, Afghanistan and Libya are breeding places for terrorists. Again, this should not come as a surprise, because collective defense organizations are not meant for carrying out peace-building operations.

The biggest mistake, however, was NATO expansion. It is hard to refute the thesis that the Ukraine crisis is the result of interference by NATO and the EU in Russia’s spheres of influence. A red line was crossed, in the eyes of Moscow, and Russia had repeatedly made that position clear in advance. NATO expansion also contradicted Western promises. On the basis of these oral guarantees, in February 1990, Mikhail Gorbachev gave the green light for German reunification talks. And what did the West do? Expand NATO. Not just once, but twice. At the NATO Summit in Bucharest in 2008, President Bush even pushed through (against the wishes of the Europeans) a third extension, namely the promise to include Georgia and Ukraine into NATO. What did he expect Russia would do? Just take notice and agree?

More fundamentally, the West made the mistake after the end of the Cold War not to include Russia into the Euro-Atlantic security architecture on an equal basis. Contrary to positive examples in 1815 and 1945, the loser of the Cold War was left alone. Instead of replacing NATO with a regional collective security organization, the West kept NATO artificially in existence—and Russia in the dark. Ironically, the Baltic states, which wanted to feel more secure by becoming NATO members, are now feeling less secure. All this was predicted in the 1990s by foreign-policy giants like George Kennan and Paul Nitze.

It would be shortsighted to keep relying on NATO now because of the worsening relationship with Russia. A fundamental break with the past is needed, and the Trump administration provides an ideal opportunity. Until recently, the Europeans liked to hide behind American leadership, and not only with respect to burden sharing. Although European states spend on average much less on defense than the United States, the combined European defense budget is $250 billion, which is three and a half times more than Russia’s. The difference in defense spending between the United States and Europe says more about the United States than about Europe. More problematic is the lack of shared responsibility. It is indeed strange that the United States had to intervene in the Balkans in the 1990s. The flipside was that the United States was the one that pulled the ropes inside NATO. The Europeans had to live with NATO expansion and U.S. missile defense in Europe, for instance. The Europeans were always skeptical, but when push came to shove, they gave in to the Americans.

Now, for the first time ever, we have an American president who calls NATO obsolete. European leaders should now get their act together and agree with this assessment, for the many reasons mentioned above. There has never been a better external opportunity to strengthen European foreign, security and defense policy. In a world without NATO, the Europeans have no escape from taking up more responsibilities. In addition, NATO should be transformed, or even be replaced by a new Eurasian-Atlantic collective security organization that includes Russia. That will also be in the interest of Ukraine and the Baltic states. The newly built headquarters for NATO in Brussels, which will be inaugurated in the presence of President Trump at the end of May, is large enough to fit them all.

Tom Sauer is Associate Professor in International Politics at the Universiteit Antwerpen, Belgium.