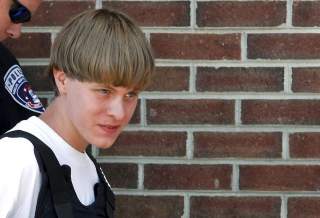 The FBI recently released a report on the fifty-two “lone wolf” terrorism cases and offenders that were involved in thirty-three acts of terrorism committed in the United States between 1972 and 2015. Because of these terrorist attacks, 258 people died and a total of 982 were injured.

The report covered the gender, age, and level of education of the various offenders, among several other factors. However, these three in particular demand further consideration.

To start, all of the offenders were males. While this obviously doesn’t mean that terrorism is solely a male domain, as incidents in the Middle East show, it raises the question of why all U.S. attacks have so far been done by males. The FBI report itself doesn’t talk about how and why gender has become irrelevant when dealing with domestic terrorism.

This answer might be because of two factors. First, during the 1980s and 1990s, female participation in radical religious movements and other forms of indoctrination may have been far more limited. Social media didn’t exist then, and the active participation of women was likely to have been discouraged. There wouldn’t have been, for example, ISIS recruiters attempting to reach out directly and personally to female Muslims in the West via Facebook or the like.

Second, there is a psychological aspect. In The New Terrorism: Fanaticism and the Arms of Mass Destruction, Walter Laqueur writes that “Women terrorists are more fanatical and have a greater capacity for suffering. Their motivation is predominantly emotional and cannot be shaken through intellectual argument.” In other words, according to the author, women are perceived to be more emotional and fanatic and may come across less frequent but more violent terrorist tendencies. If law enforcement officials were to go by this argument, then it means that only women who are or have been subjected to some sort of physical or mental abuse (or both) are likely to commit an act of terrorism.

The gender of terrorism, so to speak, is not as clear cut as it may seem. Laquer’s view was challenged in a 2013 study titled Understanding the Gender Gap in Domestic Terrorism Through Criminal Participation, while a separate study from last year instead attempts to double down on the view that terrorism is a man’s business (that is literally the title of the study). The truth, though, is that there’s no firm evidence to suggest that a male is more likely to be radicalized compared to a female. These sorts of generalizations are unhelpful, and if they find purchase with policymakers, then the latter might end up overlooking the elephant in the room: it is an individual, not a gender, that carries out a terrorist attack.

Although the age range of the terrorists varies, it is important to note that 31 percent of the offenders were between fifteen and twenty-nine years of age, according to the report. These aren’t just numbers; this is a trend that needs to be looked into in greater detail. People become more rigid with their views as they age, which means that what they believe while they are young is of great concern. Consider some of the more prominent domestic terrorist attacks in past years:

While certainly not all domestic terrorists are going to fall within this age bracket, anecdotal data—along with psychological and behavioral patterns, such as teenage indoctrination, better health prospects, and a higher level of motivation—might drive an individual towards radicalization sooner rather than later. Again, the examples of Robert Bowers (Pittsburg synagogue in 2018), James Thomas Hodgkinson (Congressional baseball shooting in 2017), Stephen Paddock (the 2017 Las Vegas shooting) and Wade Michael Page (Sikh temple shooting in Wisconsin in 2012) indicate that domestic terrorists shouldn’t solely be quantified based on their age. Nonetheless, it is important for policymakers to err on the side of caution and give greater consideration of how radicalization affects individuals while they are in their teenage years.

Finally, there is the factor of education. As per the FBI’s report, 38 percent of the offenders had some sort of college degree, and 23 percent had a bachelor’s degree. None of this should be surprising though; terrorists, by necessity, must be able to adapt themselves and find new avenues to stay relevant. Without education and technology, it might be difficult for them to achieve this goal. Lone wolf domestic terrorists are no exception.

So what should the U.S. government do in light of the FBI’s recent report? How can it better address the growing concern over domestic terrorism within the country?

A good place to start would be taking a look at The Domestic Terrorism Prevention Act of 2019. Introduced in the Senate earlier this year, this bill seeks to order the federal government and its various investigation agencies to implement new measures to combat domestic terrorism. Such a law is long overdue, yet before it is passed by the Senate and the House of Representatives, there is one glaring issue that needs to be fixed: the bill says nothing about the psychological profiling of students in educational institutions. A lone wolf is likely to exhibit extremist tendencies either at school or over social media, or both. A person’s explicit fondness of—and hatred towards—any particular entity shouldn’t be shrugged off. Perhaps, teachers and coworkers are, most of the time, in a better position to judge an individual’s worrisome tendencies. In light of this, it wouldn’t be a bad idea for teachers and coworkers to have the right to ask the legal system to have weapons taken away from an individual. Something along the lines of what California’s governor signed into law in October might serve as a starting point.

Shazar Shafqat is a counterterrorism analyst, and currently part of the Non-proliferation and Terrorism Studies program at the Middlebury Institute of International Studies in Monterey, California. He previously served as a faculty member at the National Defense University (NDU) in Islamabad, Pakistan.